“I need help, if there is any help for us from the Government because we have been affected by the water,” she added. (Photo: Vaitogi A. Matafeo)

Images of the 18 December 2020 flash floods are still fresh in the minds of Tupe Ioane and her family, who called Moamoa fou home for 16 years, until the extreme weather event forced them to flee to another family’s home.

They returned to their home after the flooding last December, but their relief was short lived as heavy rains unleashed more flooding three weeks later on 6 January 2021, pushing the banks of a bursting river even closer to their home.

Today Mrs. Ioane and her family live in fear of similar flash flooding, and showed the Samoa Observer on Wednesday how the riverbank next to their house, continues to edge closer to a property that they’ve called home for over a decade. 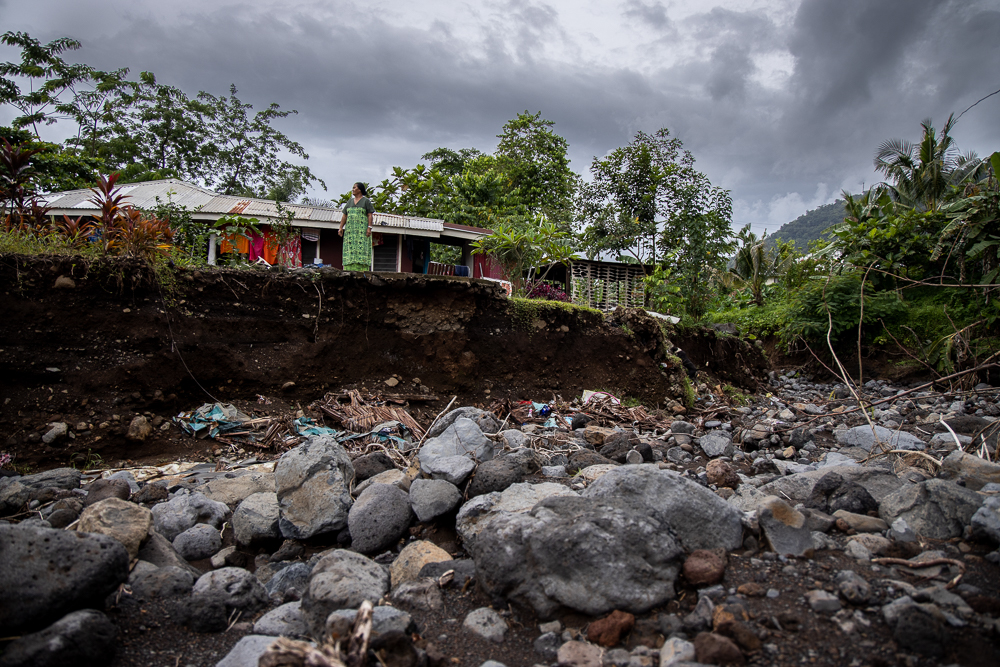 The family has already lost a large portion of their land to the meandering nearby river, due to the two recent episodes of flash flooding, and the impact of the recent bad weather washed away more soil, to leave the family home perilously close to danger.

When Mrs. Ioane stood on the edge of the eroded soil to show this newspaper how much land her family has already lost to the river, it was obvious that the remaining land is under 10 metres, and if overwhelmed by future floods will endanger lives.

Only the cement foundation of a faleoo could be seen on the edge of the land after the full force of the flooded river washed away more land. 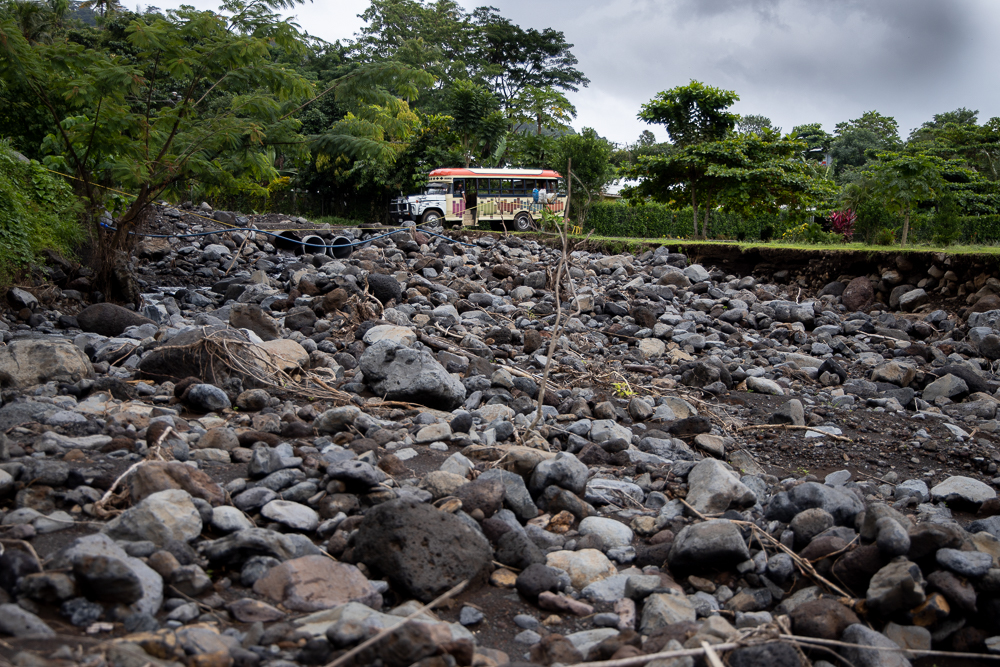 Mrs. Ioane said she has never seen flooding of such intensity in over 10 years of living in the area.

In an interview with Samoa Observer, she asked for urgent assistance from the Government to address the challenge that her family now faces.

According to Mrs. Ioane, Prime Minister Tuilaepa Dr. Sa'ilele Malielegaoi and the MP of the constituency visited the family home after the flooding, and gave them the assurance that they will see what needs to be done.

"In the recent flooding, it removed another piece of our land," added the resident, while emphasising that a piece of land between her and her neighbours' house was lost to the flooding. 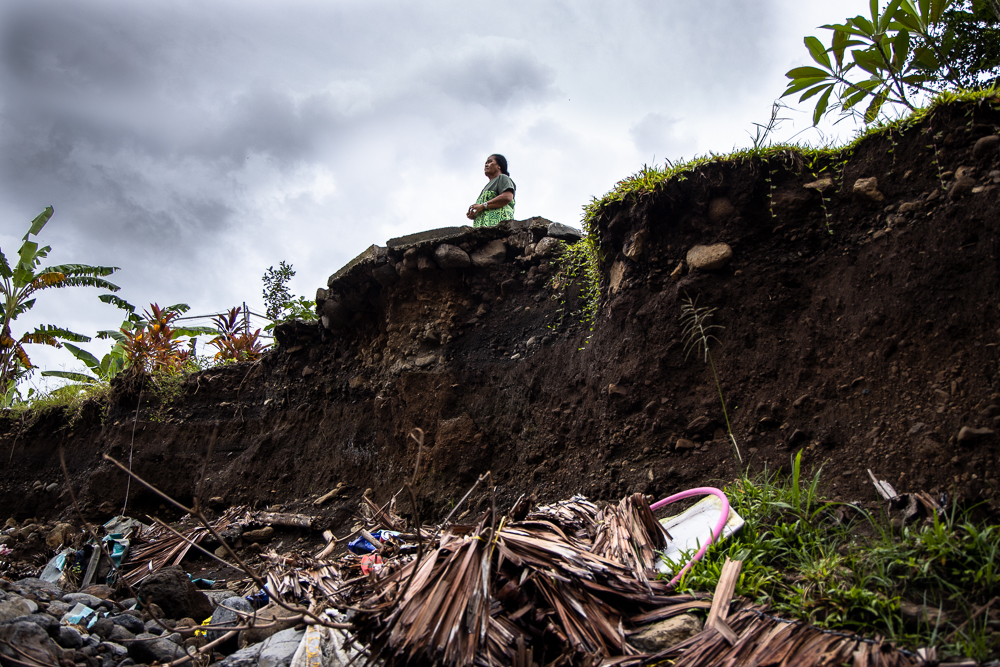 Asked if they plan to move from their current location, she said she talked to the Office of the Catholic Church about purchasing a new piece of land further inland where it is safer.

And every time there is heavy rain, she relocated her family to her father’s house in Vaitele for their safety, though she lives in constant fear of the floods and reiterated that they need somewhere to begin with.

Mrs. Ioane is yet to go to the Government or their local M.P. to request assistance, but as they visited the area after the flooding, she is of the view that they would already know her family’s situation.

“I need help, if there is any help for us from the Government, because we have been affected by the water,” she added.