One passenger was returned at the border on Friday. (Photo: Areta Areta)
Health

One passenger was denied entry to Samoa and three others were prevented from boarding last Friday’s Apia-Auckland repatriation flight, the Ministry of Health Director-General says.

On Monday,  Leausa Take Naseri, said that the passengers who had been denied the right to return to Samoa had failed to meet incoming passenger restrictions,

The nineteenth repatriation flight, operated last week by Air New Zealand carried a total of 257 passengers, 217 of whom were sailors.

At a news conference on Monday, Leausa confirmed the passengers’ first COVID-19 tests returned negative, and they are doing well in quarantine.

But he also said that not all who had been intending to arrive back on Samoan soil had been able to board the flight.

“One teacher, who came from Australia to New Zealand intending to come to Samoa, was returned because she did not meet requirements to enter. Her COVID-19 test was not satisfactory,” the Director-General said.

“Three passengers could not leave New Zealand who also failed to meet the requirements of the tests, however, they were missed from Dubai when they checked in, and eventually made their way to New Zealand.

“But the three were a part of the group of seven who were advised they will not be able to leave Dubai because they cannot meet the test requirements and that they should not come. However, these three made it through Dubai, but are not blocked in Auckland.

“Only that one made it through because those who conducted checks at the airport missed it but we were able to put her on the plane that returned that day.”

The arriving passengers will remain isolated for three weeks with their next test for the virus scheduled for their 14th day of managed isolation and one final test for their last and 21st day in quarantine.

The Director-General also confirmed all sailors in quarantine are alone and forbidden from socialising. 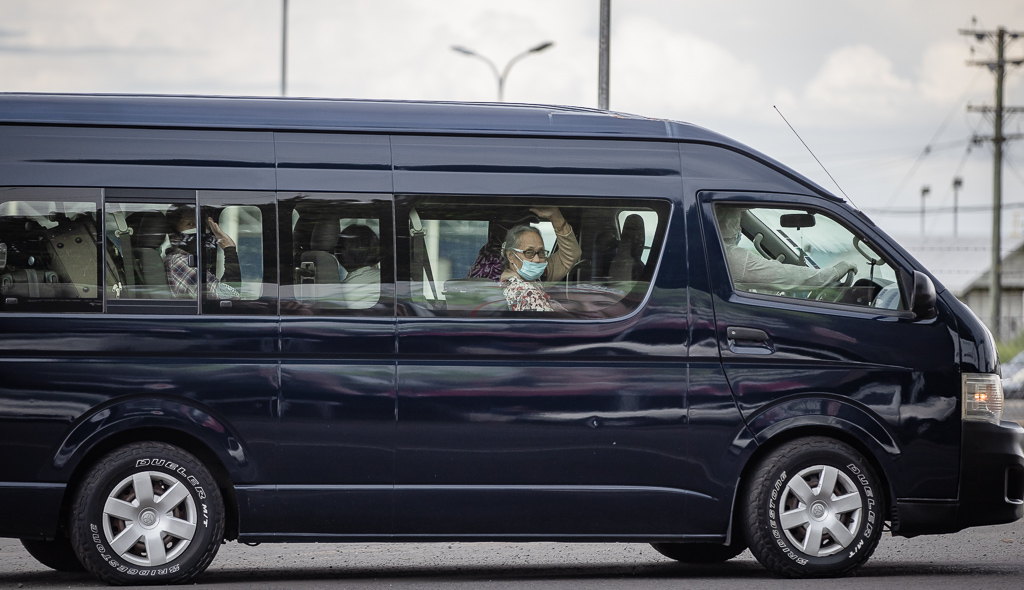 The Samoa Shipping Services (S.S.S.) General Manager, Lautimuia Afoa Vaai, thanked the families of sailors for their patience as the Government worked on getting the men home.

He said the returning group had all worked on cruise ships and collectively accounted for two-thirds of the country’s sailors who are now back in the country.

Lautimuia said only 77 sailors remain overseas, with some continuing employment contracts while others are awaiting in hotels for the soonest flight to Samoa.

Another 64 still have cargo ship contracts while 13 failed their tests and are waiting to come home. Four of those  thirteen are in Dubai.

He noted the challenge for returning sailors is not only Samoan travel restrictions but those that they must meet in countries through which they transit.

“Most of them have returned to their ships to work and some of them are in hotels waiting for the next repatriation flight either in the next month or in March, depending on the plans of our Government through the Committee,” Lautimuia said.

Lautimuia also pleads to the sailors in quarantine to remain at ease and wait out the rest of the quarantine period for their safety and their families.

National Emergency Operation Centre Chairman, Agafili Shem Leo, said there was a “problem” in one of the quarantine sites that required Police assistance on Saturday. But he declined to elaborate.

Agafili pointed out that those in quarantine should be thankful that they do not have to pay large sums of money to undergo quarantine, compared to citizens returning home from overseas countries.