The service station at Lotopa opened on Saturday (Photo: Vaitogi A. Matafeo)

A new $3.6 million service station that was built despite over local objections to its construction was officially opened at Lotopa on Saturday.

The commissioning of the T&N Toleafoa Service Station on Saturday was attended by special guests including the Legislative Assembly Speaker Leaupepe Toleafoa Faafisi, and Prime Minister Tuilaepa Dr. Sa'ilele Malielegaoi.

Company records show that the Speaker retains a one-third shareholding in the company in T&N Toleafoa Company Limited while his son, Aiono Afaese Toleafoa, owns another quarter of the privately held company, which owns and operates service stations.

Aiono, who will manage the business, said that the completed service station would employ up to 30 people.

The new branch of the service station includes a two-storey building with three rooms on the second floor as well as a supermarket and a restaurant. 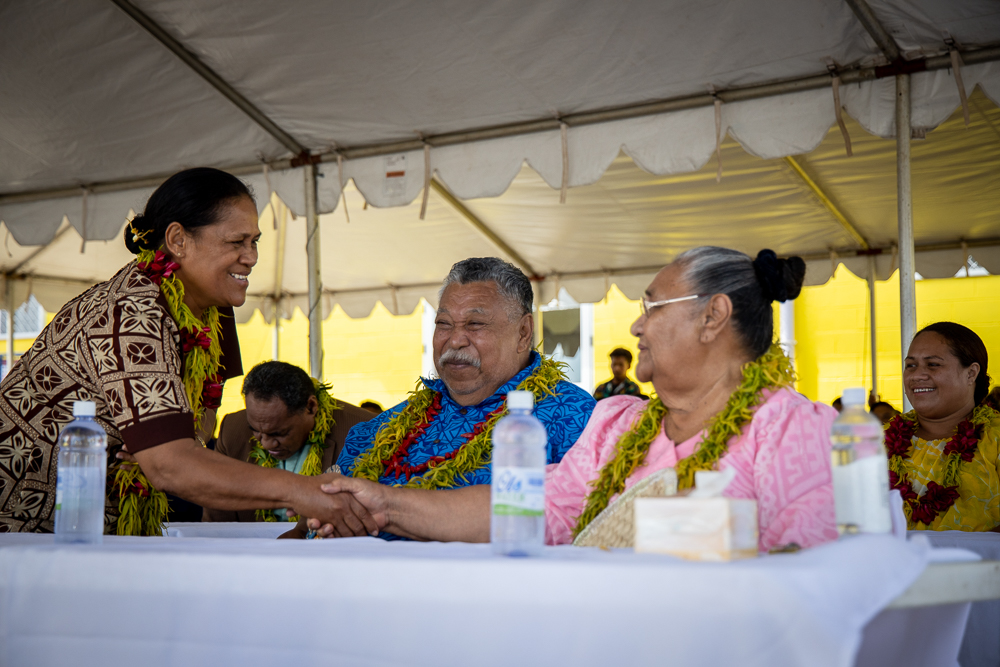 Aiono said the business did not take out a loan to fund the service station’s construction and they relied on hard work and God to complete the job.

But the original release of plans for the Lotopa gas station showing it in close proximity to Robert Louis Stevenson Primary School prompted warnings of a possible legal challenge after school parents and its Principal objected to the new construction on safety grounds.

Aiono gave thanks to his parents for their prayers and blessings and made special mention of his father for advice on saving money and prioritising his work.

Speaking at the occasion, the Prime Minister said the new gas station is good for everyone living in Lotopa and the surrounding areas.

He said it will be easy for those who would like to refuel their vehicles due to the service station’s accessibility, car park and the clean environment. 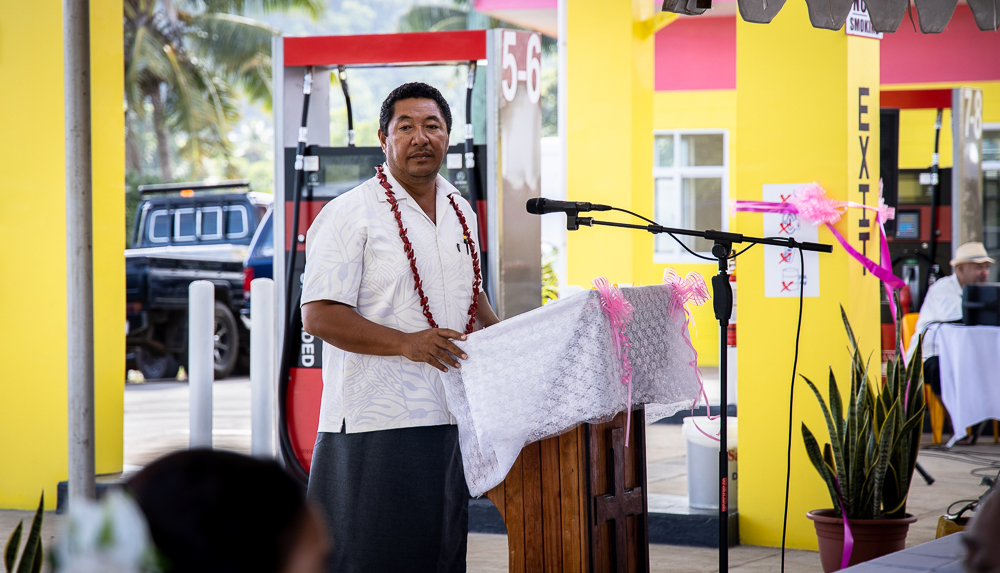 In an interview with the Samoa Observer, Aiono shared his delight at the service station’s official opening on Saturday.

“Glory to God for his love and kindness,” he said. “There were many problems and challenges but now the work is complete.”

Aiono said there is no one to give glory and thanks to other than God as he is the reason behind the successful completion of the work.

The construction work took over a year due to bad weather as well as the COVID-19 global pandemic, he said, and added that the Lotopa service station adds to the others in Fasitoo, Savalalo and Fagalaii.

In 2019, Robert Louis Stevenson Primary School's Principal told the Samoa Observer that she and the school had been first approached in 2016 about the project but they did not give their consent to its construction.

“This school enrols more than 400 students and having a gas station in close proximity is quite disturbing,” Fiapia Devoe said at the time.

The proposed gas station lies less than 15 metres from the school, it was reported at the time.

The Principal said at the time that the school would explore its legal options to halt its construction including a court injunction.