A project to revive respect as a way to address violence against women and children, while utilising social media platforms, was officially launched this week at Lava Hotel.

The project belongs to the United Nations Educational, Scientific, and Cultural Organisation (U.N.E.S.C.O.) and Samoa Victim Support Group (S.V.S.G.)., and is spearheaded by S.V.S.G. Juniors, the youth-led sub-group of S.V.S.G. - as part of the Spotlight Initiative to eliminate gender-based violence in Samoa. 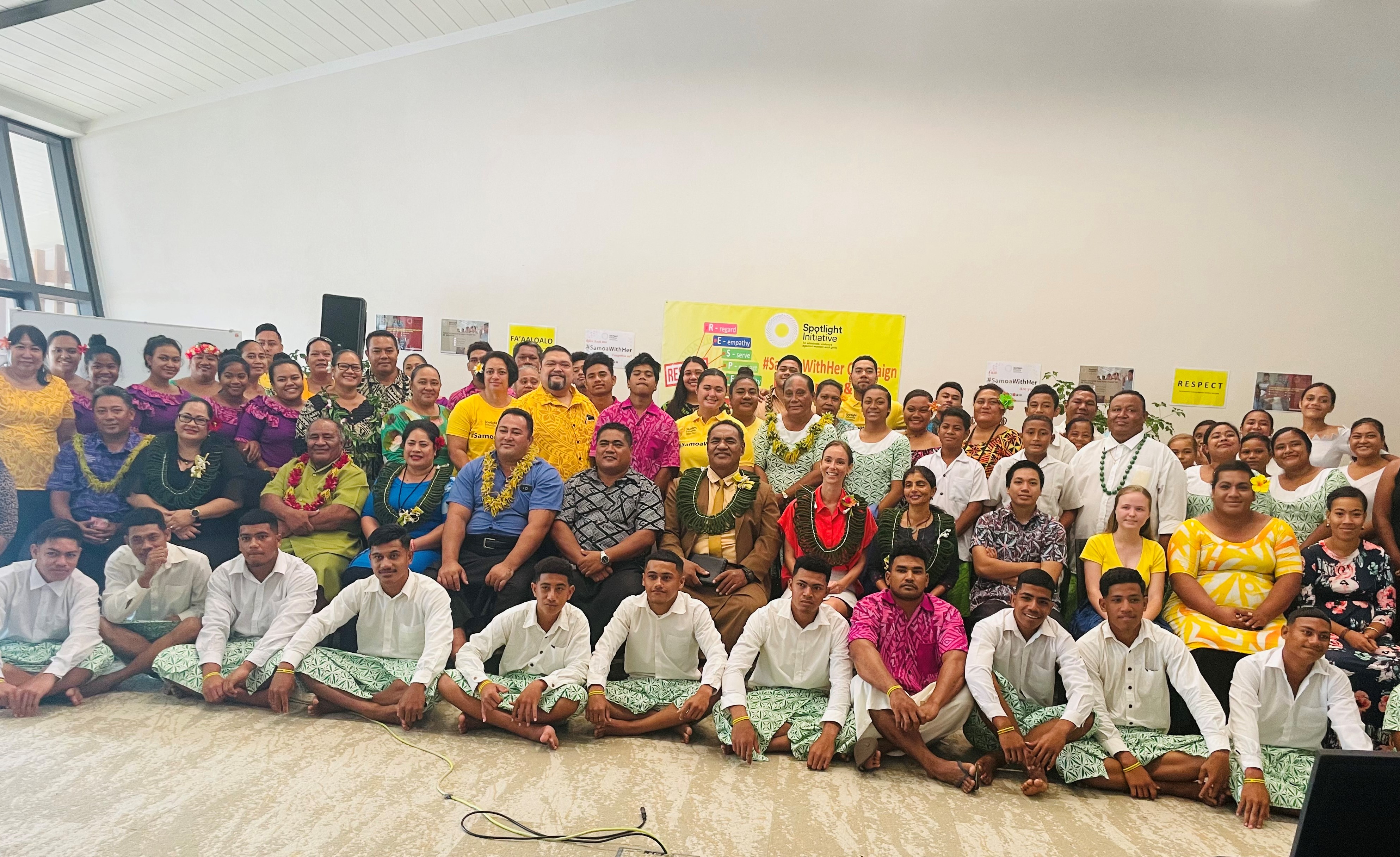 According to the U.N.E.S.C.O. Director of Office and Representative to the Pacific States, Ms. Nisha, Samoa has a very high rate of domestic and intimate partner violence.

“We are concerned about the growing violence among young people,” she told the Samoa Observer. 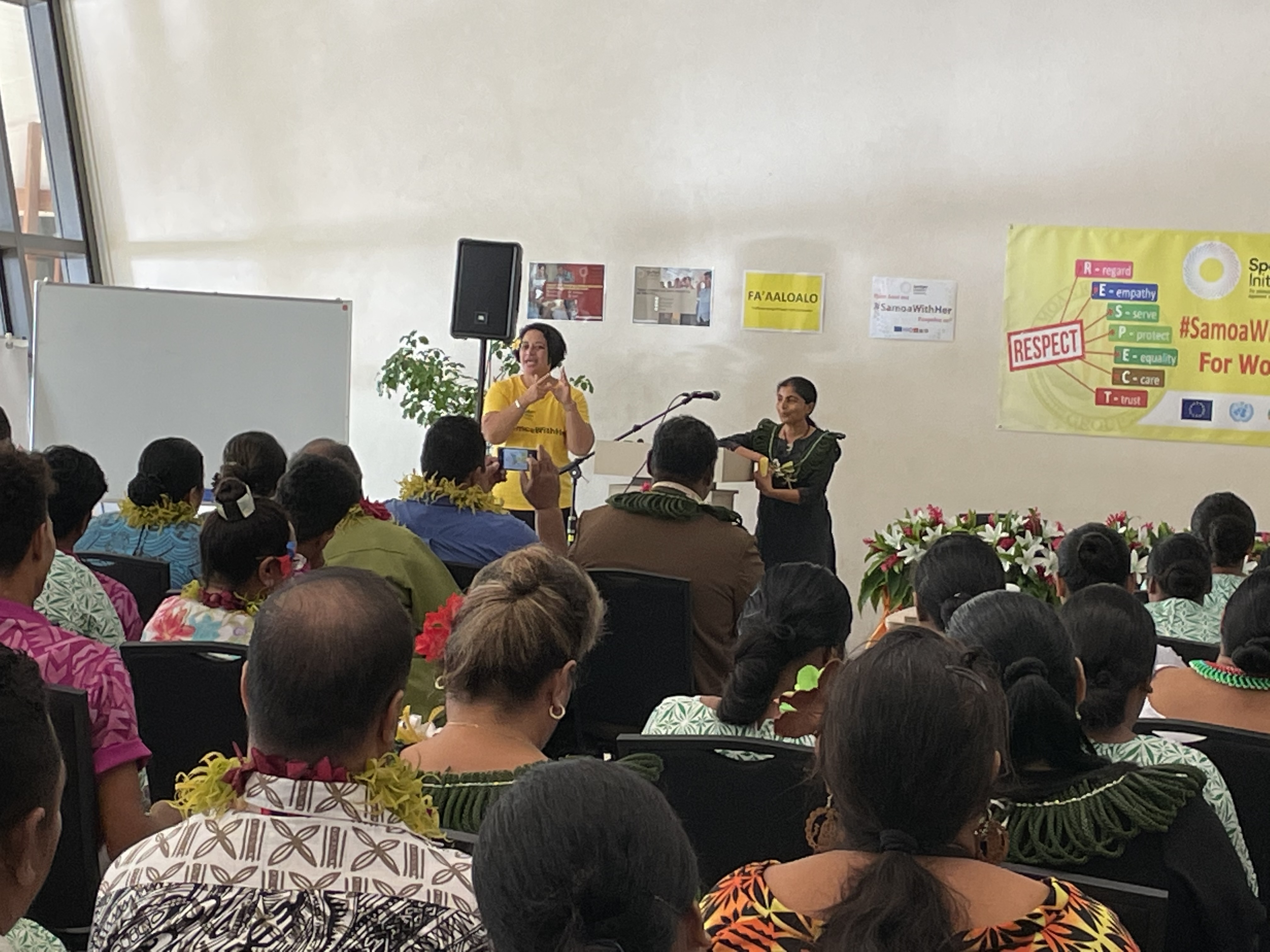 She said young people were even involved in incidents where guns were used.

“Under the Samoa Spotlight Initiative which is supported by European Union and the United Nations together, we decided to focus on mobilising the young people of Samoa to communicate with other young people about the need to analyse [and] address this issue using the tools that young people use, which is social media.

“That is one of the key objectives.

"We are not trying to impose on young people, a medium that they are not familiar with and they are talking to one another instead of being told what do do by older generations. 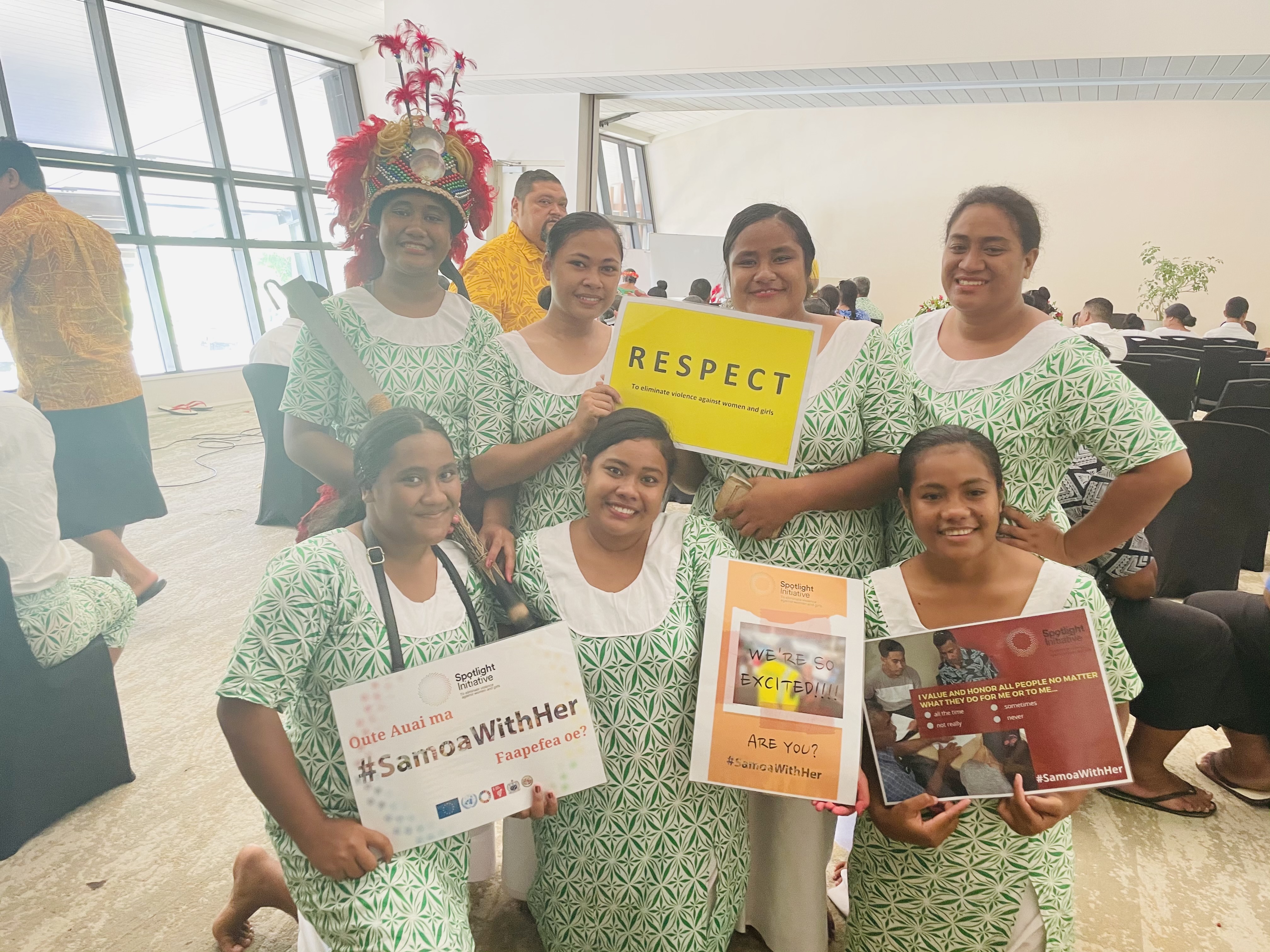 “And they have a space and are able to exchange their views, right or wrong, and debate how their traditions, cultural values are relevant to today’s context and in what way it would help them in building peaceful and mutually respectful relationships.”

She said U.N.E.S.C.O. is an agency for education, culture and science that promotes the use of technology, continuous growth of culture and the application of traditional values whether it is for educational purposes or other issues such as this particular social challenge.

The intention is for the project to run throughout this year and according to Nisha, S.V.S.G. would have by then created a catalytic action with youth, who, whether the project is there or not, will continue this campaign on their own.

“There would be a process by which these young people will take on responsibility of remaining community animators or social changers to speak against domestic or intimate partner violence,” she added.

The U.N.E.S.C.O. Culture Programme Specialist of the Cluster Office for the Pacific States, Ellen Lekka said the main focus of this project is looking into prevention, and making sure that work is done to change change attitudes towards the issue of violence against women and children.

“That is where the youth is very important, spreading the word and also creating coolness in the idea of respect, making it relevant for youth and something they aspire to be within their society’s families.”

In taking ownership of the project's focus, S.V.S.G. has taken the global #WithHer Campaign and localised it, calling it #SamoaWithHer.

An excellent outcome would be a change in mentality for young people regarding respect as an integral part of the Samoan culture that if revived, will be a weapon against the scourge of violence.