Christine Vagana collected $1,000 in cash on behalf of her son Neemia, who was one of 20 winners for the “Anchor Back to School” competition courtesy of Anchor Milk and Ah Liki Wholesale. 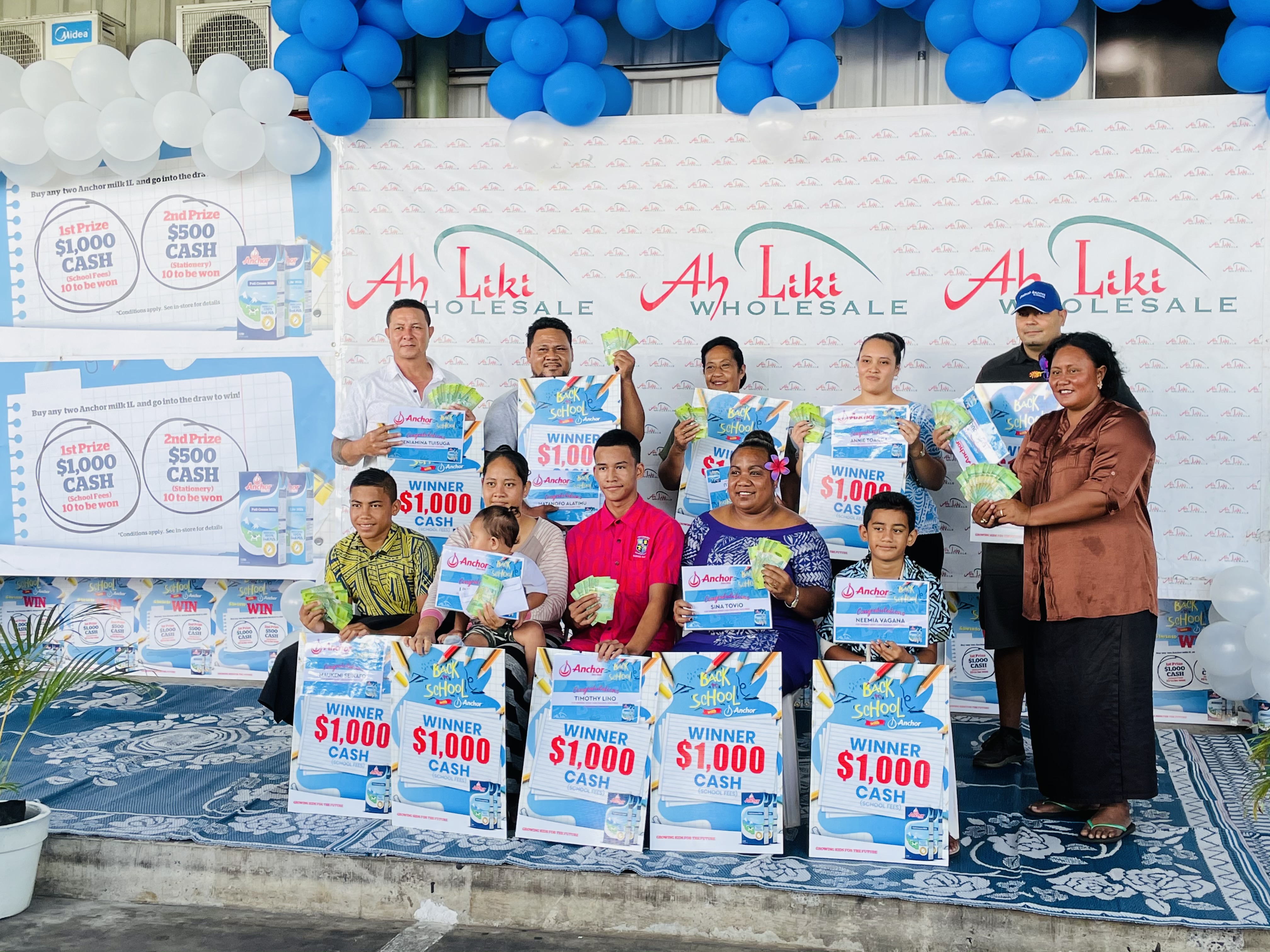 Twenty winners had a share of $15,000 with ten people claiming $1,000 while the other half received $500 at a prize-giving event yesterday.

The 42-year-old and her two children traveled from Salelologa on the morning ferry to claim their winnings.

While some customers bought Anchor milk products to gain entry in to the competition, the children of Ms. Vagana collected empty cartons of milk lying on the road side.

“My children collected the cartons of milk that have been thrown away as rubbish to be able to take part in the promotions,” she told this newspaper.

She said she felt happy and grateful that her family was able to win the money.

“I know that some people look down on rubbish scattered on the road side, but we have won this large amount of money this [yesterday] morning by gathering rubbish lying on the ground.

“The money will be used to help us with preparing the children for school, from uniforms, bags, stationery, to shoes and fees.

“This is the first time we have been successful through the Anchor promotions,” she said.

Winning prizes, however, is not new to the Vagana Family who have been lucky in other promotions, with prizes ranging from cash to a plane ticket for travel to New Zealand.

Another winner, Sina Tovio of Moamoa, thanked Ah Liki and Anchor Milk for the promotion which she believes will benefit the people of Samoa. 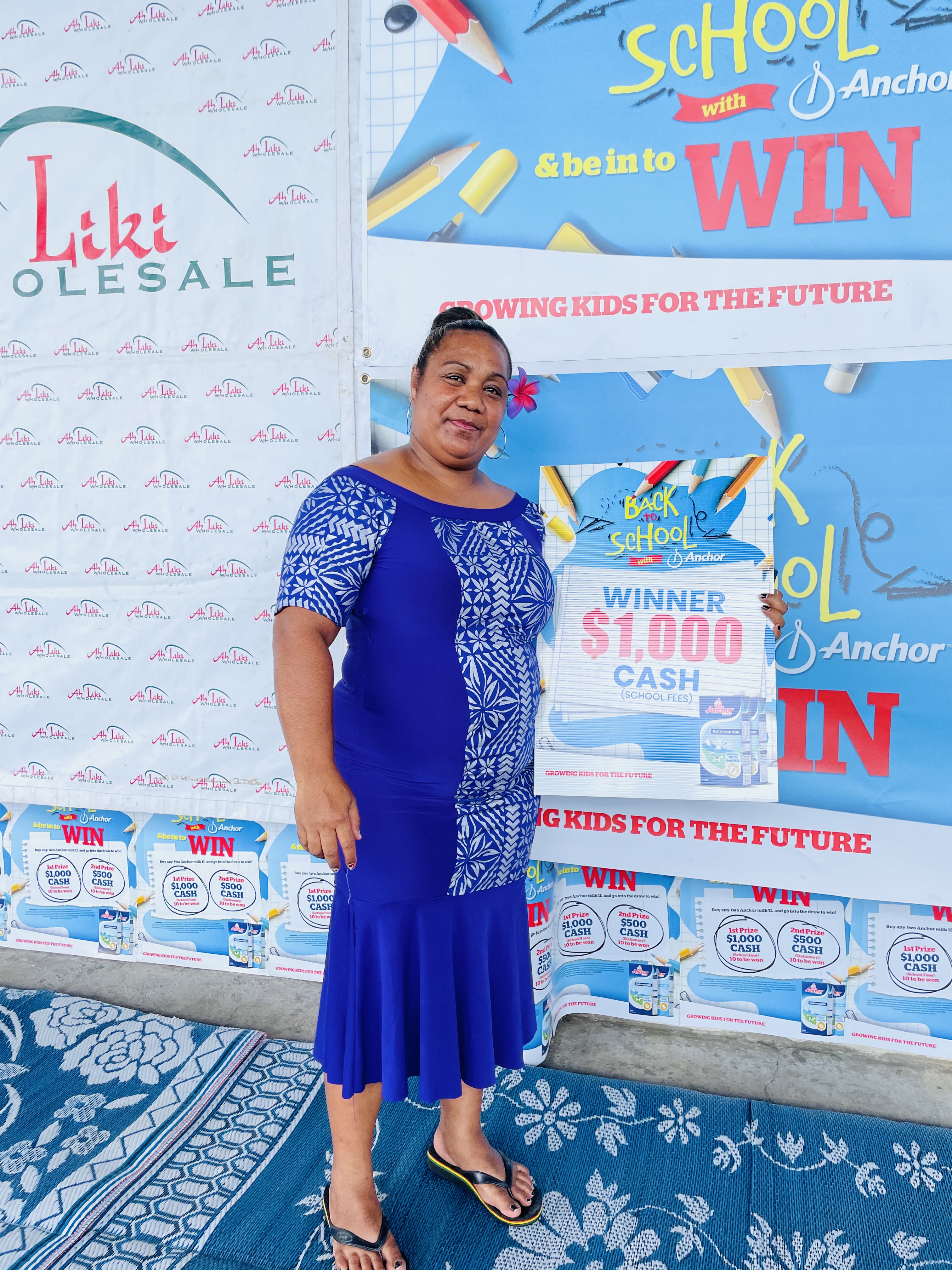 “I was shocked when I was contacted that I was one of the winners,” she said.

Ms. Tovio also shared that despite being employed, her salary cannot cover many financial expenses.

“This is the first time I have won a prize since participating in promotions.

“We purchase milk for the children for their cereal but they always throw the empty carton milk in to the rubbish so I have to get it each time for an entry.

“The money will help with school needs and also my son’s birthday,” she added.

According to a statement issued by Ah Liki Wholesale, close to 15,000 entries were received from Upolu and Savaii.

The local company stated that with school resuming soon, many families are wondering how they will cover related expenses such as school uniforms, sports registrations and stationery supplies.

“We all know how vital education is to help break the cycle of disadvantage; so it is important that no child is left behind when it comes to learning,” read the statement.

“We can all agree that 2020 has been a hard year for many families in Samoa, so it is our hope that these cash prizes will help lessen the financial burdens and assist with school preparations this year.

“The ‘Anchor Back to School’ promotion is an acknowledgment of all loyal customers of Anchor Milk and Ah Liki Wholesale; to show our appreciation for their continuous support over the years."