A mother from Vailoa, Yolanda Manu, with a poster for her son (Photo: Aufa'i Areta Areta)
Aiga

Sons of Samoa, stranded on ships across the globe, many stuck without employment and seeking a way home for months since the country had closed its borders, finally arrived home on Friday.

The sailors have been locked out of the country since borders were closed last year, in March.

But they returned early on Tuesday afternoon, before 2pm on an Air New Zealand Auckland-Apia repatriation flight.

Their return follows an almost two-month wait and some moments of crushing disappointment for family members, who had thought their loved ones were coming home.

The sailors’ first scheduled flight from the U.S. to Samoa in November last year was cancelled at the eleventh hour just days after worries gripped the nation after two sailors on an earlier flight had returned positive and conflicting tests for COVID-19.

(The sailors were later revealed to have previously been infected with the coronavirus and returned false-positive tests despite long being past the stage at which they were contagious and represented a risk of transmission). 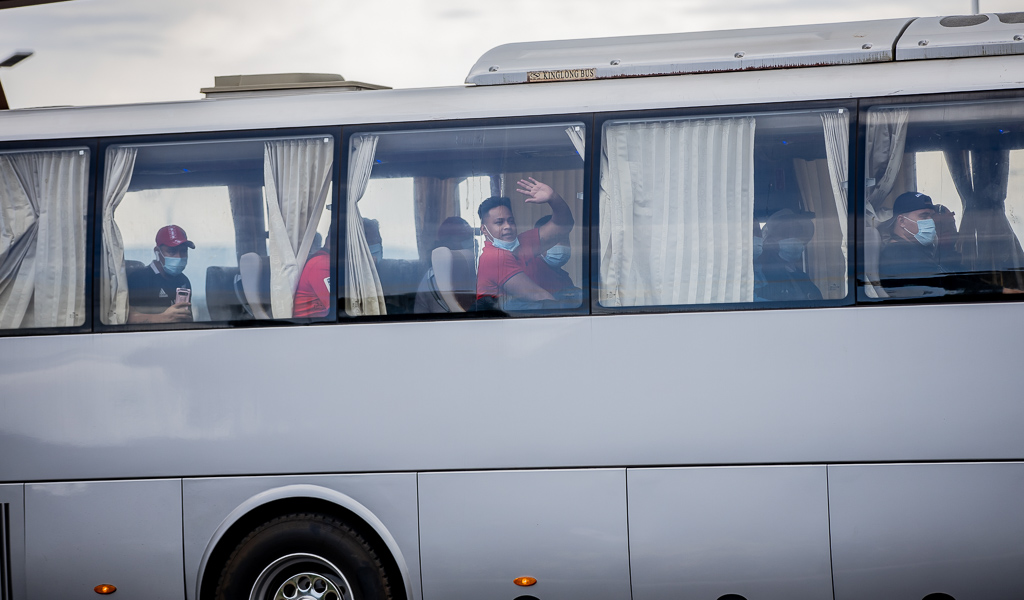 But the sailors, despite seeming obviously relieved to be finally on home soil will not be reunited with their families. They will now enter managed quarantine isolation facilities, for a recently extended period of 21 days

Outside the Faleolo International Aiport gates, families awaited to get a glimpse of their relatives' homecomings from the other side of the road.

One 23-year-old sailor, Blessing Lupe Manu, who had been separated from his family for 17 months and 22 days told this newspaper minutes before boarding the flight that he felt blessed to be one of the group allowed into the country.

"No words can explain how I feel right now," the young man from Vailoa, Faleata said.

"All I can say is that I'm overjoyed and happy that finally, we will be coming home. Its been a long time since I've been away from home." 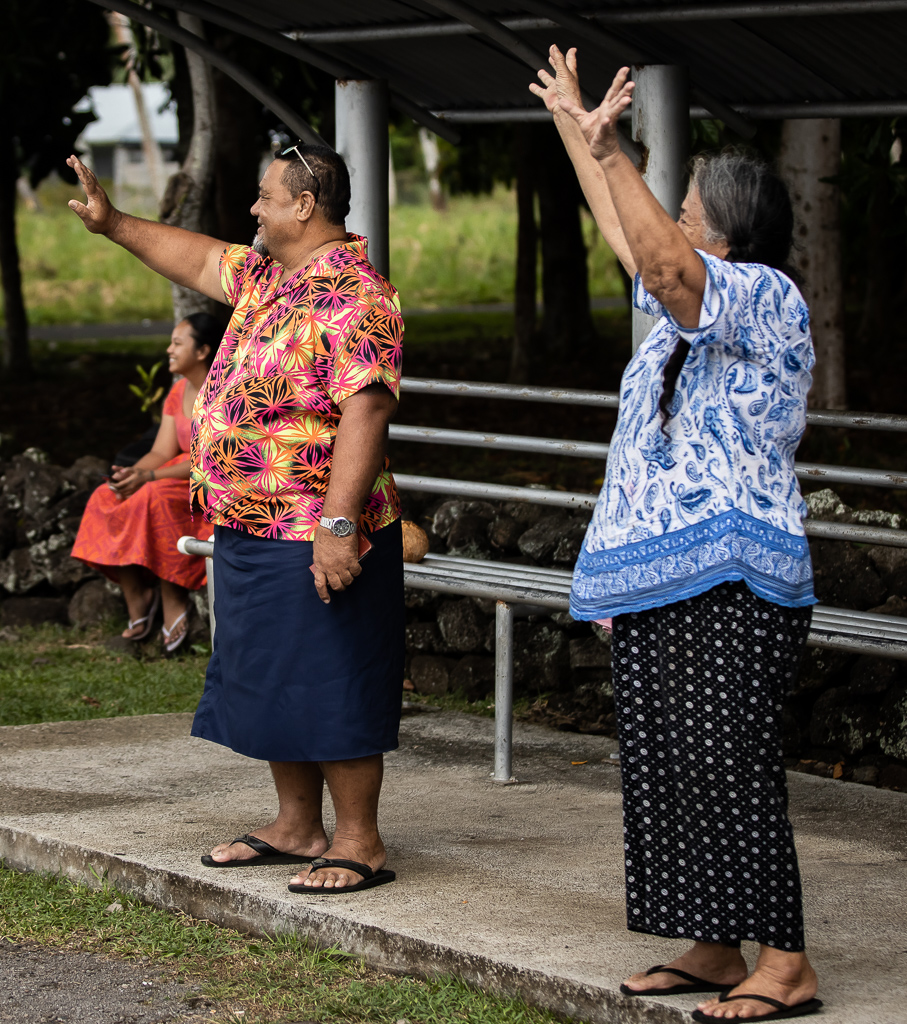 Outside the airport gate, Mr. Manu's parents waited patiently with a bright yellow poster, along with other parents who travelled from afar to show their love for their children.

His mother, Yolanda Manu, shed tears of joy as she told the Samoa Observer she was excited to see her son, saying she had been praying hard for the return of her son, together with that of her nephew, David Tavita Tasi.

"I cannot fathom the words to describe God's love he has shown us today as the children land safely in Samoa, our country where it is safe from the global pandemic," she said.

"Despite not being able to greet them physically but we wanted the chance to come and show our appreciation to God, and our grateful hearts to the Government for the chance given to our children to return.

"Who knew we were going to meet again? But we remained brave and prayerful and thankfully today has finally come. We praise God not only was my son able to come with my nephew but also everyone else who made it home."

The sailors' quarantine will be held across several separate different hotels and other locations serving as managed isolation facilities.

One father, Leituala Sila Faiva from Samatau and Falelatai, was also at Faleolo awaiting to wave at his eldest, Leilua Junior Faiva, who was among the sailors returning from the United States.

And as with Mrs. Manu, Leituala and family showed up to show their appreciation that their son had finally made it home.

"We may not be able to greet him as he gets off the plane, as long as we know he is home safe," Leituala said.

His 26-year-old son left the country in January 2020, his fifth departure for work, and has been due to return on December until their scheduled flight was cancelled.

He said the last time they spoke was the night before the flight as they landed in New Zealand from Dubai.

Asked if they will allow their son to take up other overseas opportunities, Leituala was not quick to answer and said he believed Leilua's mother will allow him to go again.

Another father from Lefaga, waiting for his eldest and nephew, said he would not let his son go for overseas work again given the difficulties they had encountered this time.

The father, who did not wish to be named, highlighted that while the income from working overseas is attractive, no amount is worth more than his son's safety.

And while some families are happy to have their children home, others were left feeling sad their sons were unable to make the final flight home.

The Samoa Observer understands a small but unknown number of sailors were left behind in New Zealand because travel restrictions and immigration difficulties prevented them from boarding the aircraft and leaving the country.

Manama Art Studio is putting on their second all-women artists’ exhibition next week, featuring both established and brand new artists in their Vaigaga gallery.