The 74-year-old was the winner of a Toyota 7 Seater SUV through Vodafone Samoa’s ‘Dream Big, Win Bigger’ promotion.

Mr. Aiulu was amongst a group of finalists and picked the winning key from four other lucky, or unlucky, participants. The others did not leave empty-handed though as they were rewarded with consolation prizes. 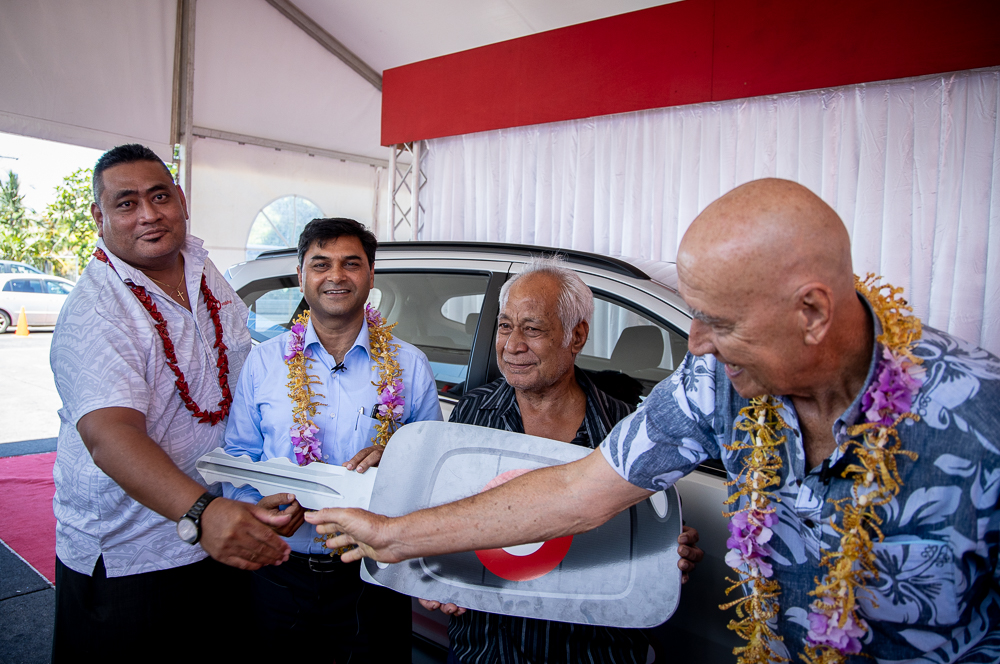 “I wanted to win the car for my son’s birthday but now we may have to give him an old one while we keep this brand new car,” Mr. Aiulu said.

He also stated that he never thought he would win the car.

“I am grateful to Vodafone Samoa for this wonderful promotion that has helped the people of Samoa make their dreams into reality.

“All my years, I have always been a Bluesky customer and now a loyal Vodafone customer.” 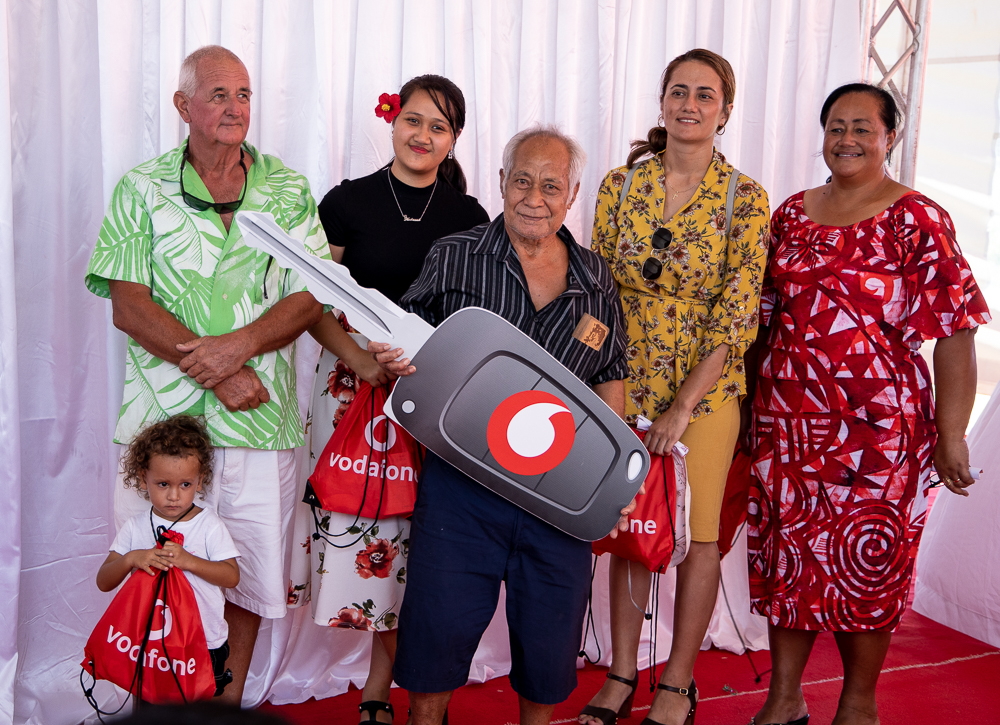 Tuatagaloa Joe Annandale delivered the opening remarks where he expressed his gratitude towards Vodafone Samoa for being a company that helps in the different fields of sports development, education, communities, and non-governmental organisations.

Vodafone Samoa C.E.O., Nofoasaefa Satish Sharma, said that despite not benefitting from the promotions, it is their goal to give back to the community, as exemplified by the fact that this is the fourth vehicle they have given away and the free Wi-Fi service offered on the ferry between Upolu and Savaii.

“We hope to bring smiles to the people of Samoa,” added Nofoasaefa.