The Samoa Observer visited the temporary site at the Savalalo flea market on Saturday and met farmers who liked its central location, though there were others who claimed business was slow and they aren’t sure if they will return to use it.

A vendor who was present at the market, Manu Lafita of Vaitele Fou, told this newspaper that they moved to the area because of its central location which provided them with a lot of opportunity to sell. 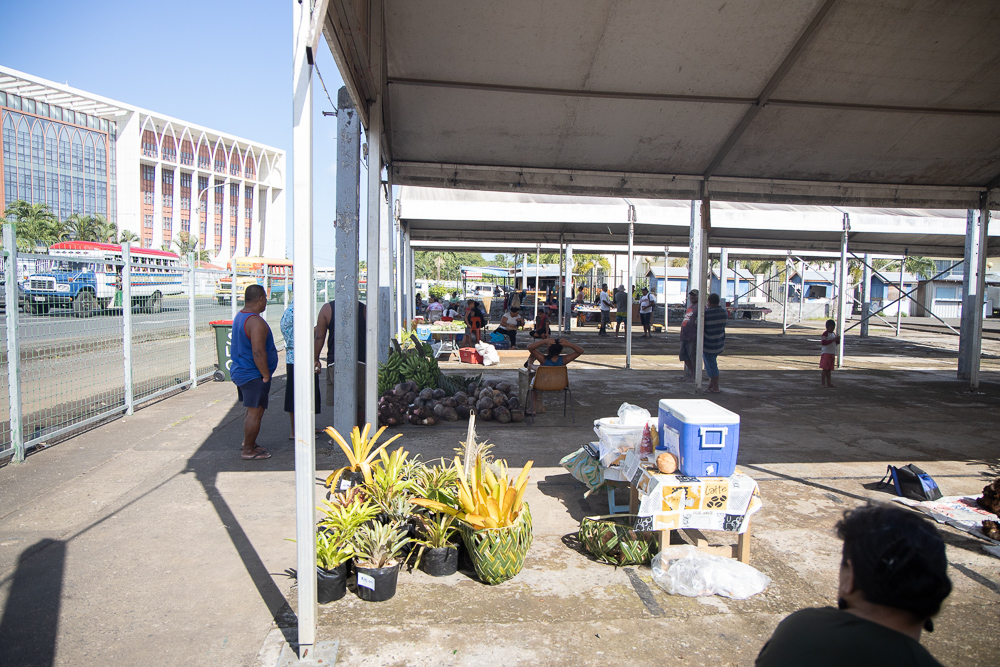 He said they have their own flea market in front of their home at Vaitele Fou, but due to an oversupply in produce, he had to bring some to town to sell.

Main produce on display at his stall included coconuts and taro with Mr Lafita indicating that six customers already made purchases on Saturday morning.

He added that if this is the long-term plan of the Samoa Land Corporation (S.L.C.) for Saturdays then he is for it as they have made good sales, which would enable his family to meet their family, church and village commitments.

Lapi Sauvao, a farmer of Faleasiu, expressed his appreciation at being given the opportunity to temporarily sell their produce at Savalalo flea market.

He said they’ve been marketing their produce, as not only would it produce income for the Ministry but also the Government through the payment of their stall fees.

Revealing that he and his friend Atinae Ata had already paid for two stalls, their payment ensures they receive assistance from the market’s owner S.L.C.

However, not a lot of vendors and customers were present at the open market on Saturday with Mr. Sauvao saying its their first time to use that location, though sales are slow and most customers have purchased two lots of produce.

"Now we are thinking if we should come back or not," he said.

Despite the slow sale on Saturday, Mr. Sauvao said he is not worried if they don’t sell, as most of the produce is their own and can be consumed or sold to others if not purchased at the market on Saturday.

Mr. Sauvao and Mr. Ata said they usually take their produce around to businesses in Apia, but his advice to local farmers is to come to the temporary location as it is where the old market used to be located.