Reviving the traditional Samoan culture of male respect for women and girls as a way to eliminate violence in society is the focus of a new project led by young people.

The project is funded by the Spotlight Initiative and will see a partnership between the United Nations Educational, Scientific, and Cultural Organisation (U.N.E.S.C.O.) and the Samoa Victim Support Group (S.V.S.G.).

The focus of the project is to eliminate violence against women and girls in Samoa.

It will be officially launched on 21 January, at 9.30am at the Lava Hotel.

In taking ownership of the project focus, Victim Support had taken the global #WithHer Campaign and localise it, giving it the #SamoaWithHer title.

The 12-month project is fronted by the S.V.S.G. Juniors – which is the youth sub-group of S.V.S.G., as part of the U.N.E.S.C.O. Spotlight Initiative to eliminate gender-based violence in Samoa.

According to a media statement issued by the S.V.S.G., the initiative will target the youth putting the spotlight on respect, to eliminate violence against women and girls.

“The project builds on the rationale that while the Samoan culture supports male respect for women and girls, our society has been undergoing changes,” the statement says.

It also added that these changes have created another reality that legitimises violence as traditional values give-way.

“The culture of violence and abuse of girls, however, reflects a change built on the erosion of traditional values,” the S.V.S.G. said.

“Samoan traditions include both male and female views.”

The project is an attempt to bring these values to life as living traditions while empowering survivors of violence to take charge of their lives.

The project objectives are to: empower young women and men with knowledge of women’s rights and skills to analyse gaps in services caused by misogynistic beliefs; strengthen young women’s networking and exposure, and enable the use of social media to promote international networking.

The expected outcome is changing the mentality of young people about the Samoan culture of respect that if revived, will help combat the scourge of violence.

“We here at S.V.S.G. are excited of taking this innovative approach, whereby the youth and culture are looked at, to effect behavioral and mentality change to eliminate violence against women and girls,” the group said. 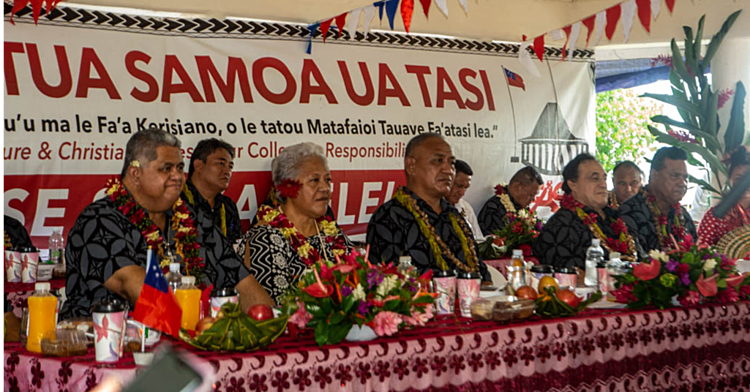