Lawyer Lefau Harry Schuster has been retained by the Manager for Corporate Services, Faafetai Alisi, and the fire service’s Principal Human Resources Officer, Petrocelli Lokeni who are questioning the legality of an investigation being carried out by the Ombudsman into their professional conduct.

A third employee has been suspended together with Miss Alisi and Mr. Lokeni is Anthony Tupa’i. Repeated efforts to get comments from Mr. Tupa’I have been unsuccessful.

The employees’ suspension was effective last month pending an investigation into allegations relating to the misappropriation of funds and other matters of misconduct.

“Where is the evidence?" asked Lefau.

This week, F.E.S.A. Acting Commissioner, Tanuvasa Petone Mauga, confirmed the employees’ suspensions during a brief interview at the organisation’s Apia headquarters on Wednesday.

The employees’ suspensions took effect on 17 December last year and came after an investigation by the Ombudsman and on his recommendation.

The Samoa Observer does not have a copy of the Ombudsman’s report which outlines the details of the allegations and the extent to which the allegations implicate each manager individually.

“I can confirm the two [employees] have been suspended pending investigation but I cannot comment on the details, given that the investigation is ongoing and it would be premature to make comments at the moment,” Tanuvasa told this newspaper on Wednesday.

“This is per recommendations made by the Ombudsman after their investigation into the allegations.

In a sit-down interview with Lefau on behalf of his clients who were present, he said they are challenging the legitimacy of the process that led to their suspension by the Authority.

“They are both contract workers and in their contract specify the process for any grievance that process is not being followed,” Lefau said.

“The Ombudsman’s office has no jurisdiction and also it is not included in the contract between my clients and the Authority.

The Samoa Observer contacted the Ombudsman, Maiava Iulai Toma, for comment via email.

Follow-up emails were also sent to the Acting Commissioner to comment on the claims by Miss Alisi and Mr. Lokeni.

Lefau said they will challenge the legality of the investigation carried out by the Ombudsman because it violates the constitutional rights of his clients to due process.

“Also they were never charged and yet the [Authority] has used the investigation by the Ombudsman and is the result of the suspension of my clients,” Lefau said.

“We will challenge that in the courtroom.  They should be reinstated immediately!

“We are happy to take this matter to court. The actions taken by the Authority are in violation of my client’s contract.  In the court’s forum, we will challenge the legality of their actions.”

Lefau also questioned the timing of the suspension given that one of his clients is entitled to apply to the Commissioner’s position at the F.E.S.A.

“They are in the process of advertising the Commissioner for F.E.S.A. and so it appears that it’s a smear campaign to take an Officer out of contention and we will be happy to take this matter to court,” he said.

Lefau is adamant the Office of the Ombudsman has no legal authority to carry out an investigation against his clients.

“That is not part of the process outlined in my client’s contract and as I understand the jurisdiction of the Office of the Ombudsman, only comes in when the rights of a certain individual are being violated,” Lefau said.

“So where does the jurisdiction of the Ombudsman come from?

“My client’s contracts outline the process which does not include the Office of the Ombudsman.”

He added the suspension did not follow due process as outlined in the contracts signed with his clients.

“And therefore the suspension is illegal and they need to reinstate my clients immediately,” said Lefau. 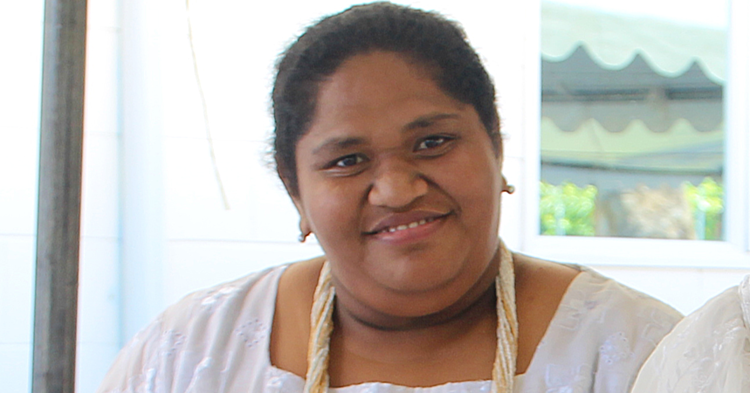