A recent welcome ceremony in New Zealand's Parliament that incorporated Samoan, Cook Islands and Maori traditional practices were done to show Kiwis that the Pacific people are an integral part of New Zealand society.

So said Aupito Su'a Sio, New Zealand’s Minister for Pacific Peoples and Courts who noted that the number of Members of Parliament with Pacific heritage who entered Parliament following the 2020 General Election in New Zealand was unprecedented.

He said he felt strongly that they needed to mark the milestone in a way that profiled the uniqueness of the Pacific’s cultural diversity, showed the bright colors and how such occasions are celebrated traditionally.

“We incorporated a Maori – mihi whakatau – a traditional Maori welcome by the Maori Kaumatua of the New Zealand Parliament.

“And then we conducted a Samoa ava ceremony with myself delivering the welcoming speech and offering words of blessing upon the new Members of Parliament, in the same way Samoans would bestow new titles and blessings during a ‘saofa’i’ ceremony.” 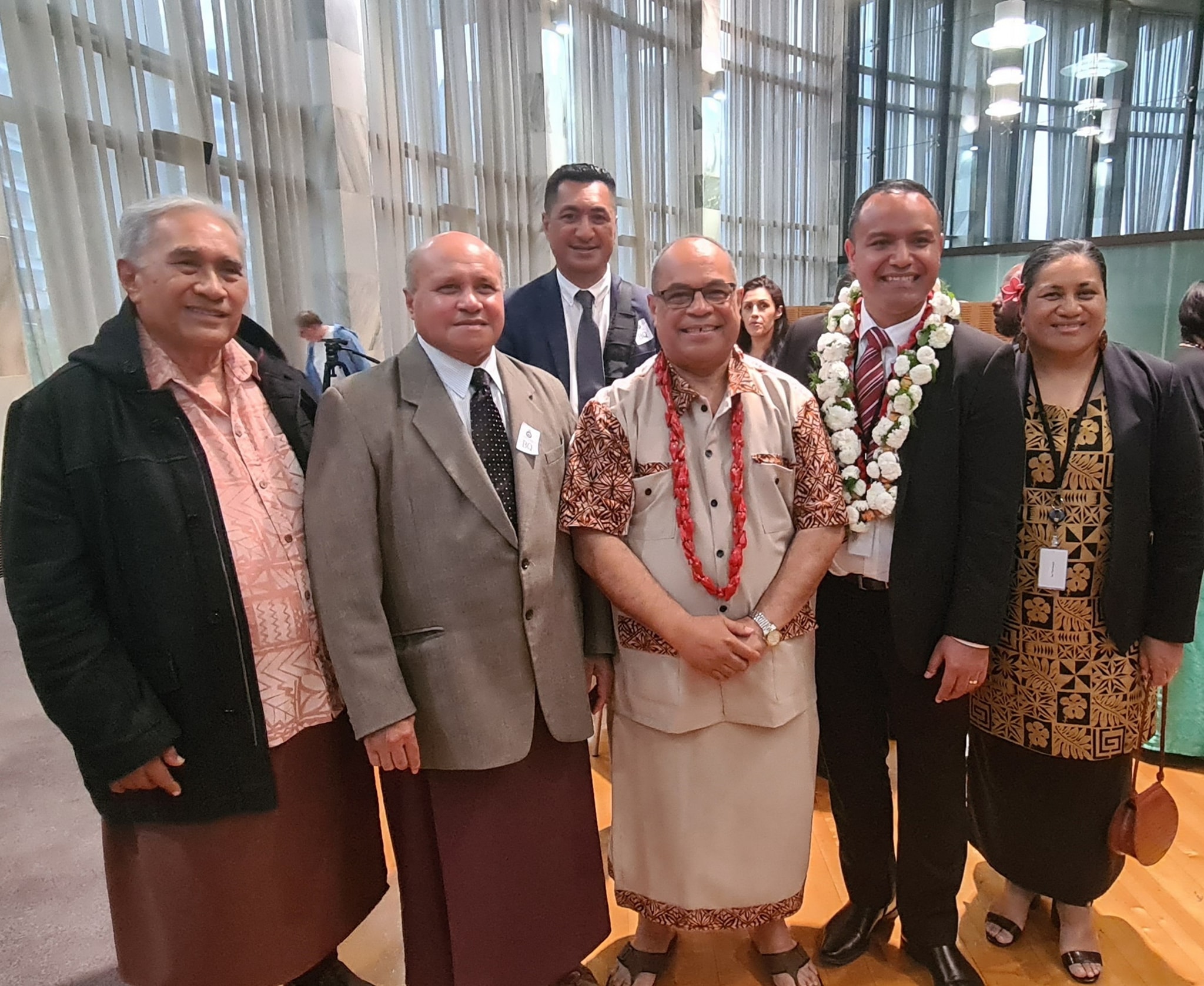 The ceremony concluded with Pacific church ministers praying over the new parliamentarians and offering blessings upon them and their political careers.

“This prepared these new Pacific Members for delivering their maiden speeches in Parliament the next day,” added Aupito.

New Zealand’s Labour Party has the largest number of newly-elected parliamentarians with Pacific heritage with four Members – comprising three with Samoan and one with Cook Islands heritage – while the Green Party also has a new M.P. with Cook Islands background.

Aupito explained that this is not the first time an ava ceremony was held in the New Zealand Parliament, as he had held the ceremony there before, though this is the first time they have held one of this nature to welcome new Pacific Members of Parliament.

“The five new ones are joining myself and my other Labour colleagues of Carmel Sepuloni, Poto Williams, Kris Faafoi, and Anahila Kanongataha-Suisuiki,” he said.

“The local E.F.K.S. in Wellington and a group of matai and young Samoan people from Wellington conducted the ava ceremony. We also had in attendance the Cook Islands community who conducted the Turou ceremony.

“We had the families and supporters accompany their Members of Parliament from Wellington, from the Otaki region, Palmerston North and from Auckland.”

Asked what his advice is to Samoans and others of Pacific heritage currently living in New Zealand in terms of keeping their culture alive, he said it comes down to an individual's identity and sense of belonging.

“Our Government’s wellbeing approach recognizes that Pacific languages and cultures are a key goal in improving Pacific Wellbeing. That’s why our Government allocated $20 million in 2019 to establish a Pacific Language Unit within the Ministry I am in charge of.

“Furthermore, I will be looking to focus the Ministry of Education to do some work to support Pacific bilingual and immersion language education, so that we are supporting Pacific language units at school, and supporting teachers who teach Pacific language to students.”

Aupito added that he was elated that the Labour Party added to its ranks in terms of Pacific Members of Parliament and is looking forward to their contribution for the benefit of the wider Pacific community.

“I am proud and excited that under Labour we have added four new Pacific Members of Parliament with three Samoans. I am confident that they will help to advocate for more investment in all things Pacific across the board,” he said.

“I refer to these new MPs as Generation 6 Bs. Generations 6Bs are people who are proudly brown, beautiful, brainy, bilingual, bicultural and bold.”