Media were not allowed entry to the H.R.P.P. compound. (Photo: Aufai Areta Areta )

During the camp held at the Peseta headquarters, party members also received briefings from Government agencies on pressing issues such as the Land and Titles Court reforms and the unfolding COVID-19 situation.

“The camp has been part of our schedule and plans. We had to plans to meet with our members after the Electoral petitions [were resolved]," Alai’asa said.

“Our camp [or] meeting is not out of the ordinary; we planned all along to get together with the members and the candidates that went through the election petitions.

“We wanted to meet and give them words of encouragement by our leader and also held a prayer service and share a meal with each other and enjoy the company."

The media was not allowed at the H.R.P.P. compound. 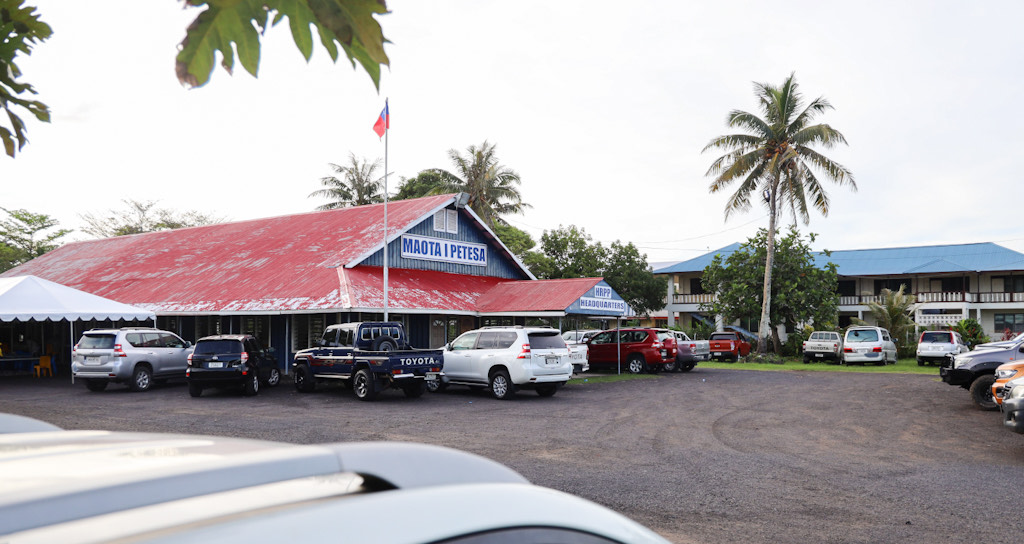 To date the total number of candidates contesting the 2021 General Election has dropped from 200 to 198 after the Supreme Court ruled on electoral petitions.

Objections to previously approved candidates were raised on grounds such as whether prospective Members of Parliament had fulfilled monotaga (service) requirements.

The H.R.P.P. still leads candidate numbers despite losing two of the candidates during the petitions.  Accordingly the number of candidates for H.R.P.P. now stands at 113.

Alai’asa told the Samoa Observer the National Emergency Operation Centre Committee will deliver briefings on the Government’s preparations against COVID-19.

He added there will be another camp closer to April's General election.