The donation is part of the continuous charity work by S.F.A (Photo: Anetone Sagaga )
HS
By Hyunsook Siutaia, 05/12/2020

The presentation was made at the Tanoa Hotel to representatives from the Carmelite Sisters and Olomanu Juvenile Centre.

The purpose of the activity outlined by the S.F.A President, Alex Su'a, is their continuous annual charity event to the community. This year has been a crucial year whereby the annual Fa'afafine pageant had to be cancelled due to COVID19. 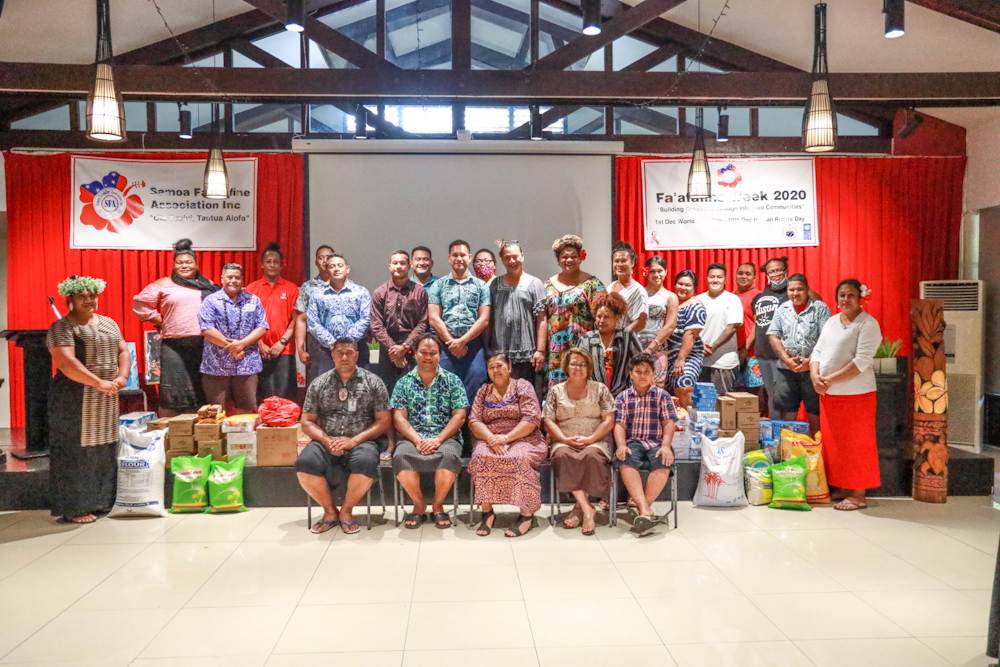 "The whole purpose of our activity this morning is basically a continuation of our charity donation that we do every year, particularly after our faafafine pageant but we missed out on that due to the COVID-19 restriction and so we’ve used this opportunity of faafafine week to maintain that," said Mr. Su'a said.

"Except, the difference from our usual charity donation every year is that the money we collect from our fundraising pageant, we set aside a percentage of that and we give it to the Mapuifagalele."

However, because the association do not have any funds that are usually collected from their annual pageant, a donation in kind was initiated where members all contributed to what had been donated yesterday. The donation also coincided with the spirit of giving for this Christmas season which Su'a said was another contributing factor as well as their motto; "Ola tauivi, tautua alofa".

"For this year, we don’t have any money, we do have funds but that’s from our funder but in our own local account we don’t have any but this is where we reach out to our members, please donate whatever you can," he added

"We had some travelling from Savaii with papaya baskets, pineapples and some even came from rural villages like Falelatai, Falealili, Anoama’a and they all put together something and there was never an emphasis that you have to provide bigger bulk of goods but it’s whatever you can afford.

"And we also thought that this is in line with the spirit of the festival season where we support and we give and we gift and share the love and generosity amongst our community.

"And so we thought that there’s no better community to give that to than the Carmelite sisters and Olomanu Facility." 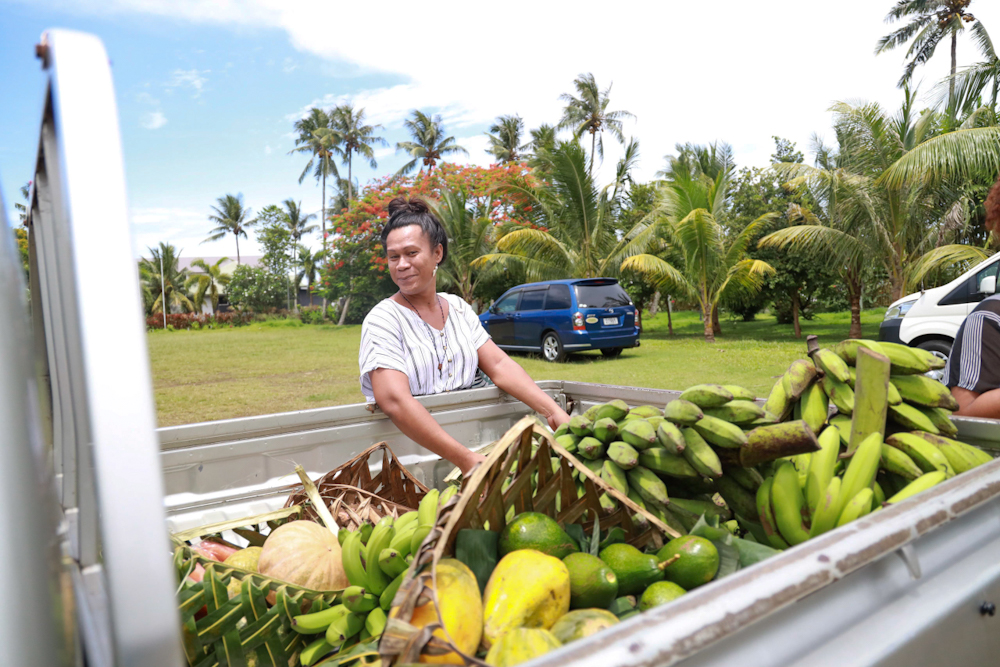 Despite the odds faced this year, Su'a went on to say that the association will continue to maintain and render service of love because that's the "fa'afafine and fa'afatama identity" in the community.

"I wouldn’t put a price to what had been given because it was given from their own purest of heart with an open heart," he said

"This is our last activity and tomorrow night is the finale with our ball and it’s going to be a celebration of the week and also closing of the faafafine week."

The donation by S.F.A was well received and acknowledged by representatives of the Carmelite Sisters and Olomany Juvenile Centre who were present.