Sala-Marie Fetalaiga Manu is the 2020 Valedictorian at the Pesega College, though she says she questioned her own ability when she first entered the college.

In an interview with the Samoa Observer after the prize-giving ceremony, she said receiving the award was a blessing for her as it was a difficult two years. 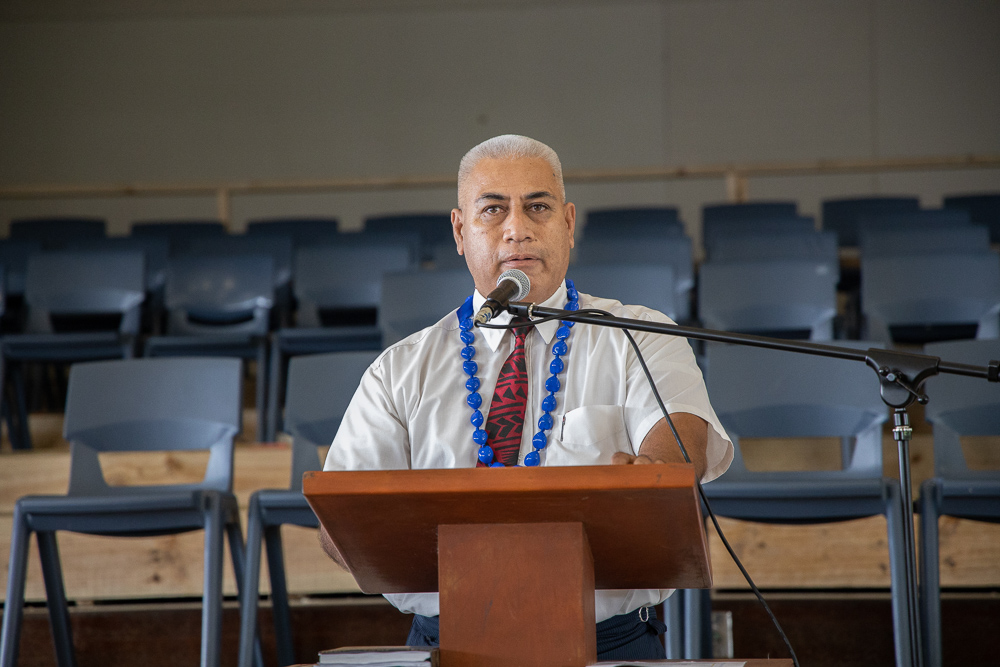 "This year and last year had been a real struggle especially because it’s my last year of high school," she said.

"I owe it all to our heavenly father. He is such a loving heavenly father and I know that all the trials that I have gone through is all part of his plan for me to get to where I am today, so if it wasn’t for him, I wouldn't have gotten Valedictorian."

Looking back at the time when she first entered the college as a Year 10 student, she said she didn’t think she would come out on top as the college’s valedictorian, though it was always her goal as a student. 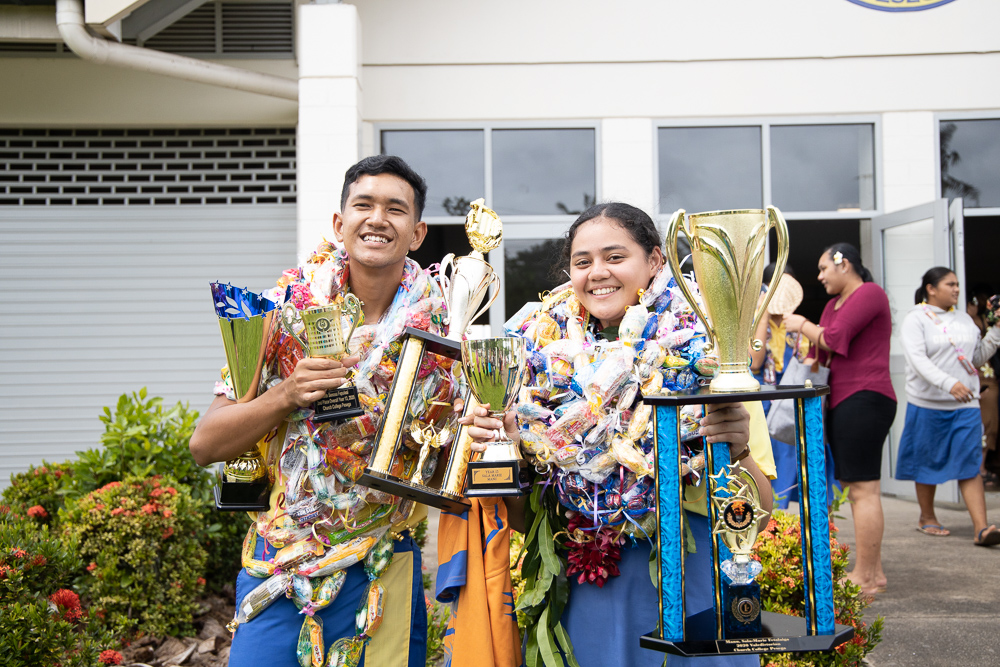 When asked about the struggles she went through to top her school, she said: "I think just like everyone’s struggle being in Year 12 and Year 13 the late nights, lack of sleep and just being able to accomplish all of the assignments within a day for the next day.”

Ms Manu’s challenges during school had begun to affect her studies, where she became angry with everything and even doubted herself towards the end of the year.

However, she said learning from her trials as a student helped her to start building what she has become today. 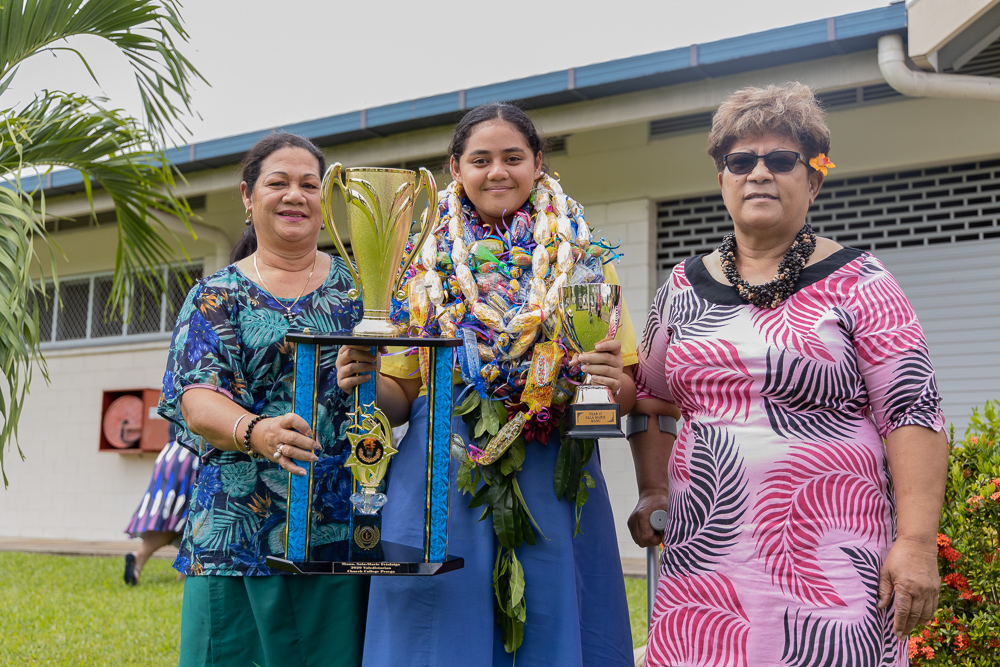 Looking ahead, Ms Manu hopes to make it to the National University of Samoa (N.U.S.) Preparatory Year and receive a scholarship to New Zealand or Australia.

In terms of her future, she is yet to decide but according to her she feels like studying chemistry.

Pesega College Principal, Siakisone Taleni, told the Samoa Observer that 2020 isn’t the same as previous years as they had to shorten the prize-giving ceremony and graduation in order to comply with the state of emergency (S.O.E.) orders. 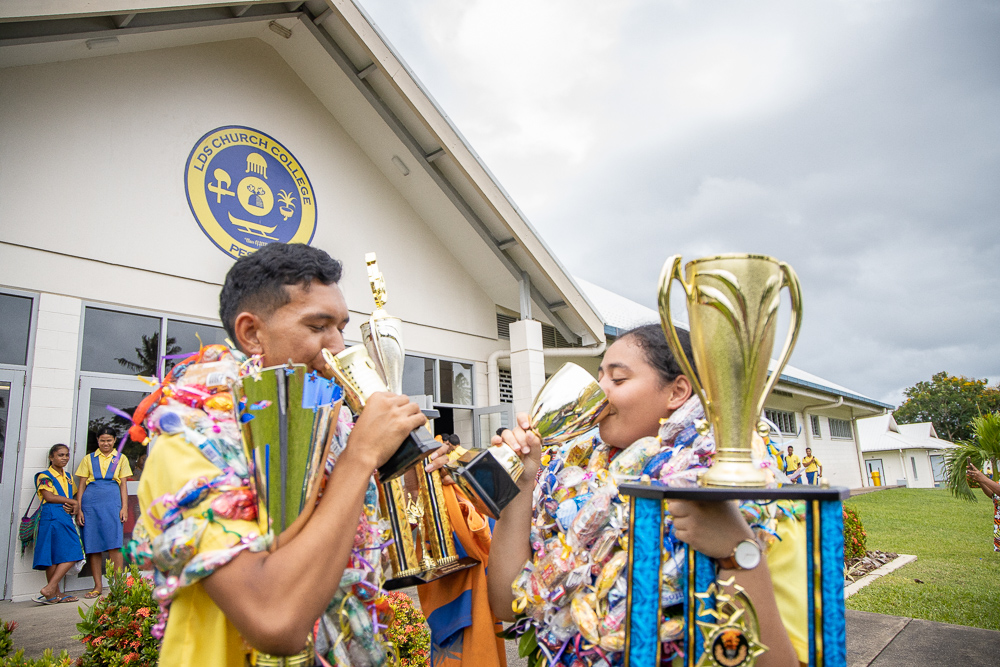 Asked if the prize-giving ceremony will give the people a Christmas feeling despite the pandemic, he said that is their hope as the students worked hard this year.

Mr. Taleni further said he is grateful for the parent's support and thanked everyone who made this year possible despite the challenges, as they were able to carry out some of the things they wanted to do this year.

Keith Senosa Fepuleai, who was the Year 13 runner-up to Ms Manu in terms of academic standing, has been named Pesega College’s salutatorian.