Fourteen-year-old Tauga Tipoai from Afega was named the dux of George Brown Primary School in what she hopes is the first step on her academic path toward becoming a doctor.

She was delighted yesterday with her achievements and credited them to the influence of her mother who has raised her solo since her parents’ dicorce.

"I feel happy but also sad to be leaving my school because I was educated here from year 1 until year 8 and this is what I had dreamed of, to become the dux and achieve all my dreams from my mother because she raised me all alone and I want this for her," she told the Samoa Observer. 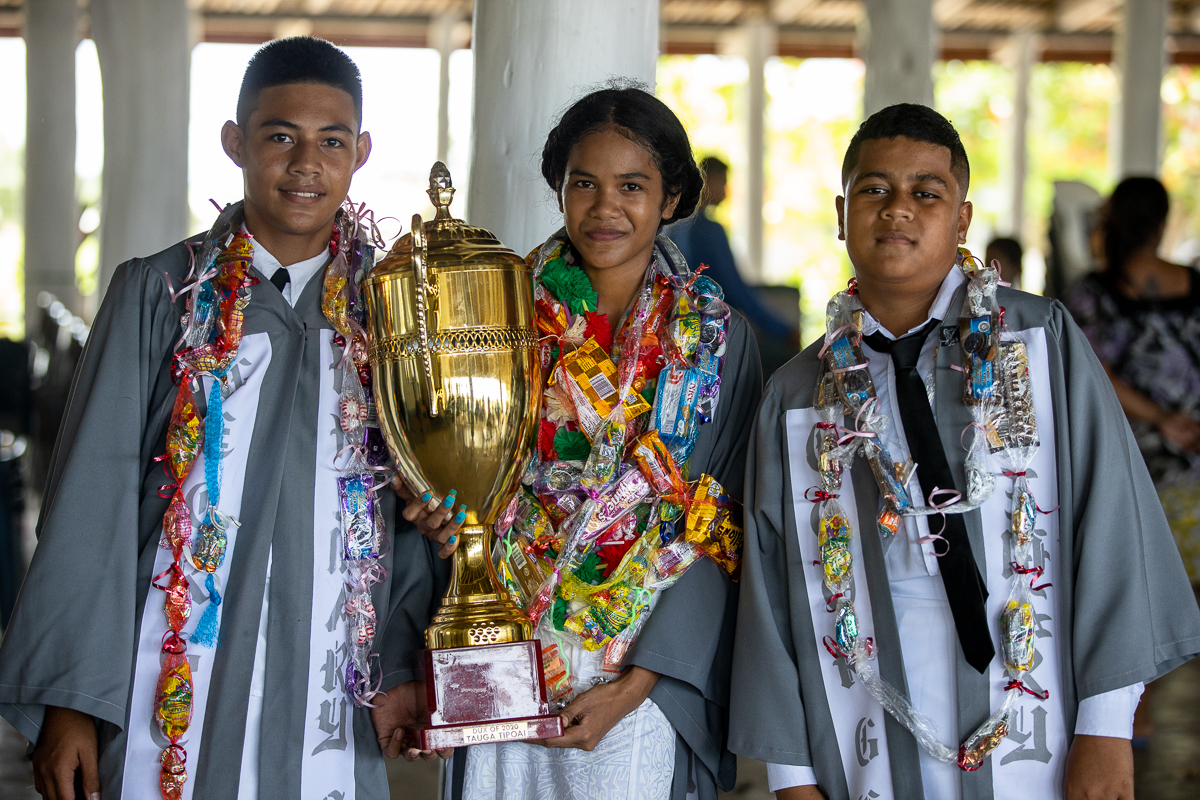 "My dad is in American Samoa and he’s a citizen there. He only visits us on Christmas and my parents divorced in 2015 and that had inspired me to work and achieve my dreams for my mother,” she said.

Their Principal provided a challenge throughout this academic year as he was tough on his students, something Tauga said had greatly helped her with her achievements.

"[The difficulty] I faced this year was our Principal," she laughed

"He’s so tough on us, something cannot go wrong and it’s made me become so strong and learn about new things that I don’t know yet and I learn it from him and it was difficult because of him but he made me achieve my moment on this day." 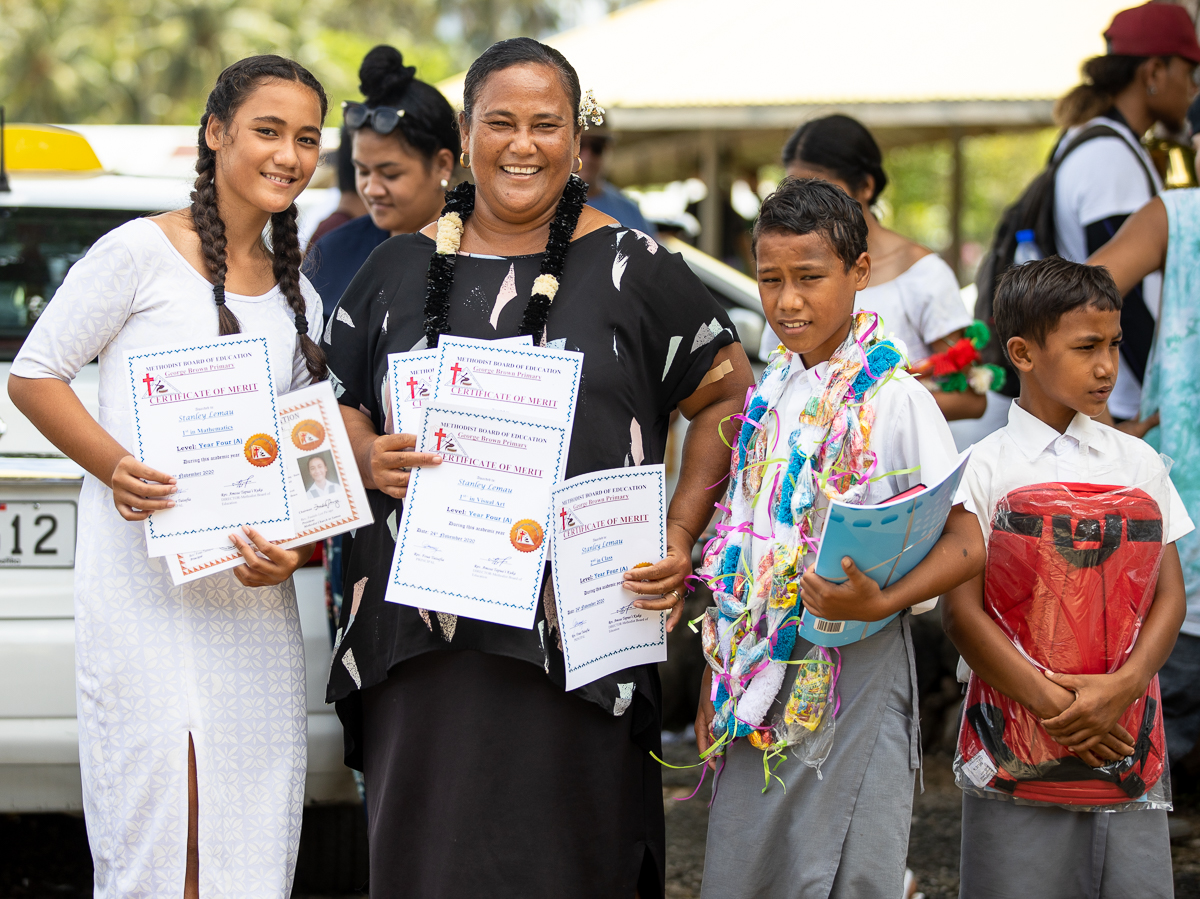 Tauga went on to say that she was able to come out on the top because she had a secret weapon.

"I studied every night and the secret weapon that I used was to write [down] all the questions that I don’t know yet and then try to get an answer from my own knowledge,” she said.

“Then when I get it, it’s all easy. I studied all night and that’s why I came first.”

For the next step of her academic life, she is looking to sit the entrance exam at Samoa College, however, if unsuccessful, she will enrol at another high school that she believes can help her achieve her dreams. 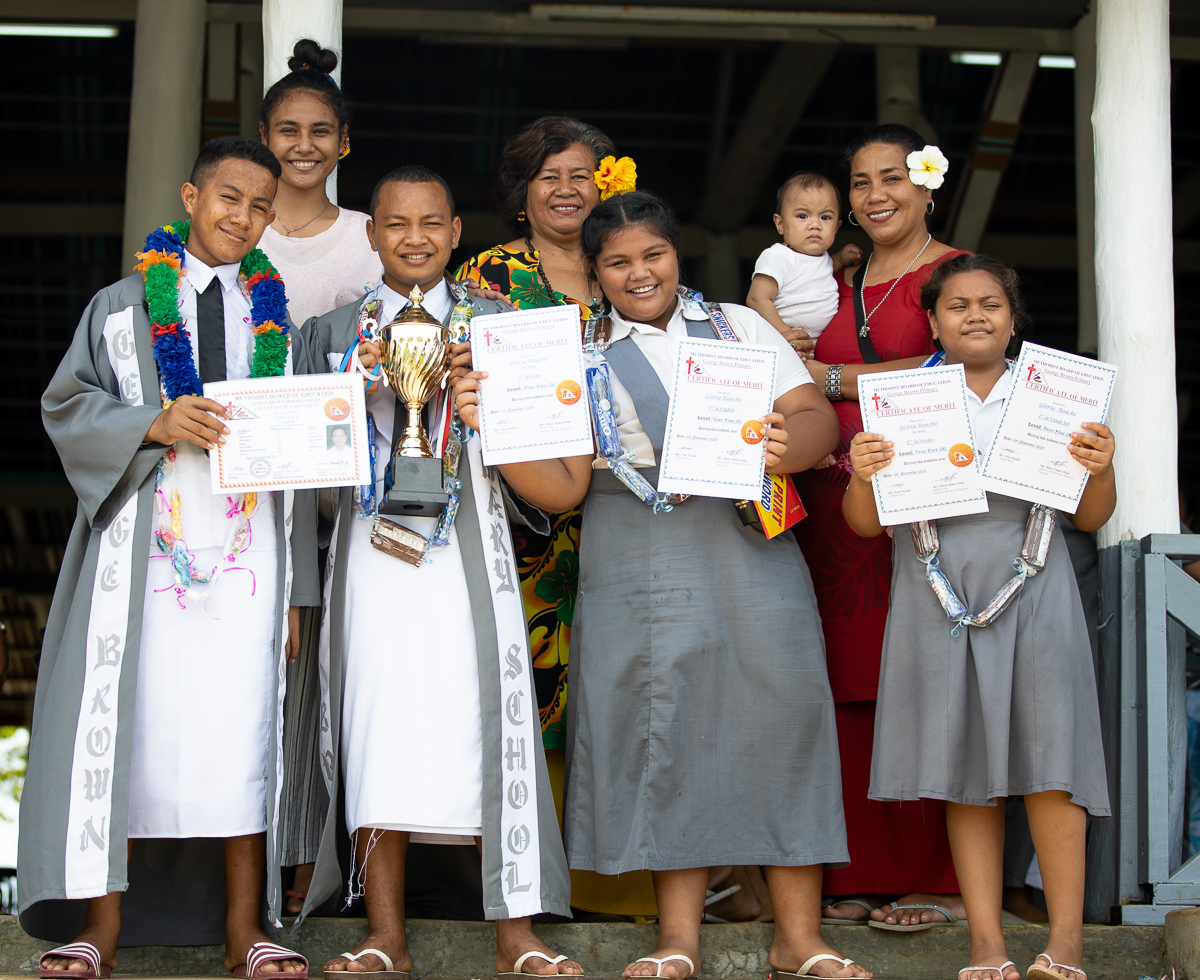 Her aspiration to become a doctorg has been inspired by seeing the struggles of her mother raising her and her six siblings alone even at times when she's sick and frustrated.

“When I grow up, I want to become a doctor to help my mother when she’s sick because she is the only one on her side.

"I like to thank my mother because she raised me so well to become this girl standing here right now and of course the Principal and the teachers, they had taught us from Year 1 to Year 8."

Commenting on her daughter's achievements, Utufia Tipoai said that she was thankful to God for his protection and guidance upon Tauga.

She also thanked teachers, friends and families for their support.