The project, which was launched last month to offer free internet access to students and teachers in ten primary schools in Savai’i, has been offline since the beginning of the month.

La’auli – whose political party Fa'atuatua i le Atua Samoa ua Tasi [F.A.S.T.] went into partnership with non-government organisation E3 Samoa Trust to roll out the service – told the Samoa Observer they are seeking legal advice on the next course of action.

“The matter is now in the hands of our lawyers, that is the truth so they can see [how to] explore legally how we can correct this incoming political approach. It’s all about politics now,” he said in an interview.

“All we wanted was to help the children but it’s like dealing with a solid rock at the moment. They are coming with new requirements and the NETVO license is being threatened.

La’auli said the project went through the necessary processes in order to operate and was launched last month, but the Government's “continued interference” has become a stumbling block.

“In our view, the Government is jealous that we have done something good for the children of Samoa, that’s clear,” added the former Cabinet Minister.

“However, we decided not to make a big fuss and leave it to NETVO who is qualified to negotiate the situation. 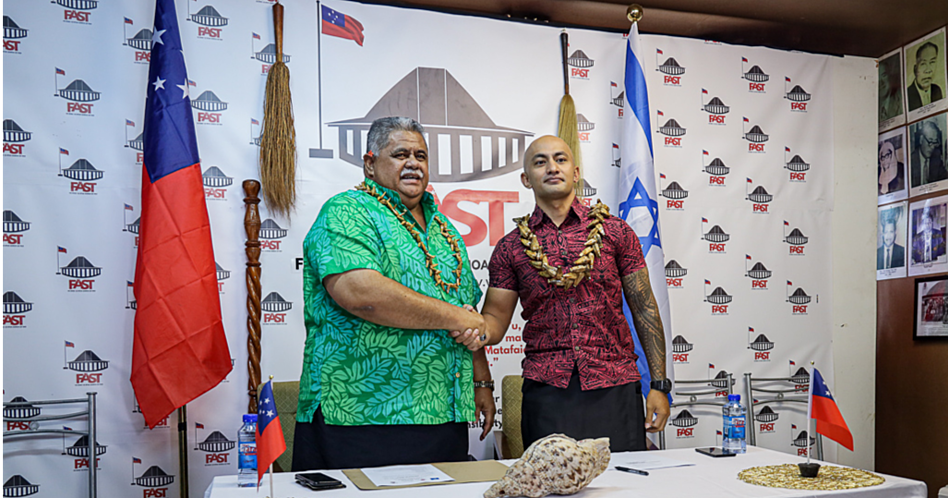 “But as you can see, it’s now almost a month since they have blocked the project. And due to this blockage, the students who have been using this are suffering.

“And you have also heard the principals and teachers speak of the advantages of this project for Savai’i.”

La'auli also called out the Government, saying if they are uncomfortable with the involvement of the F.A.S.T. party, then the project’s proponents would also welcome their contribution rather than shutting it down.

“Offer, why not? Let us know how they can contribute to the project, but don’t shut it down. It’s sad because the Government has not [spent] a single cent in this project,” he said.

“All the costs are being absorbed by NETVO and Kacific Satellites Network, and yet the Government is blocking it.”

The project is being implemented by locally-owned telecommunications company, NetVo Samoa in partnership with Kacific Broadband Satellite Company. Kacific is providing the satellite dish and Wi-Fi equipment for the project.

Last month two schools in Savai’i – the Patamea and Saleaula primary schools – when contacted by the Samoa Observer confirmed having access to the internet upon the commissioning of the project.

The Minister of Communication and Information, Rico Afamasaga Tupai, had earlier described the project as “illegal” as he claimed it had not been properly registered with his Ministry or the Government.

Under the project internet access is free to students and teachers between 7:00am and 4:00pm Mondays to Fridays. The project would also support online access for education and research purposes only while other sites are filtered.