In an interview with the Samoa Observer, she spoke of the challenges she faced transitioning into a private lawyer and she made her exit from the Government.

“I am taking up cases but civil is what I am focusing now. It will be hard to adjust to being a defense lawyer, I have been a prosecutor my whole life. It has been my first and only job.”

The move into private practice comes three months after Tofilau resigned as the Assistant Attorney General, who oversaw the criminal prosecution of the Attorney General’s Office in the Supreme Court.

Tofilau told the Samoa Observer that prosecution has its perks but it takes a toll on the person. 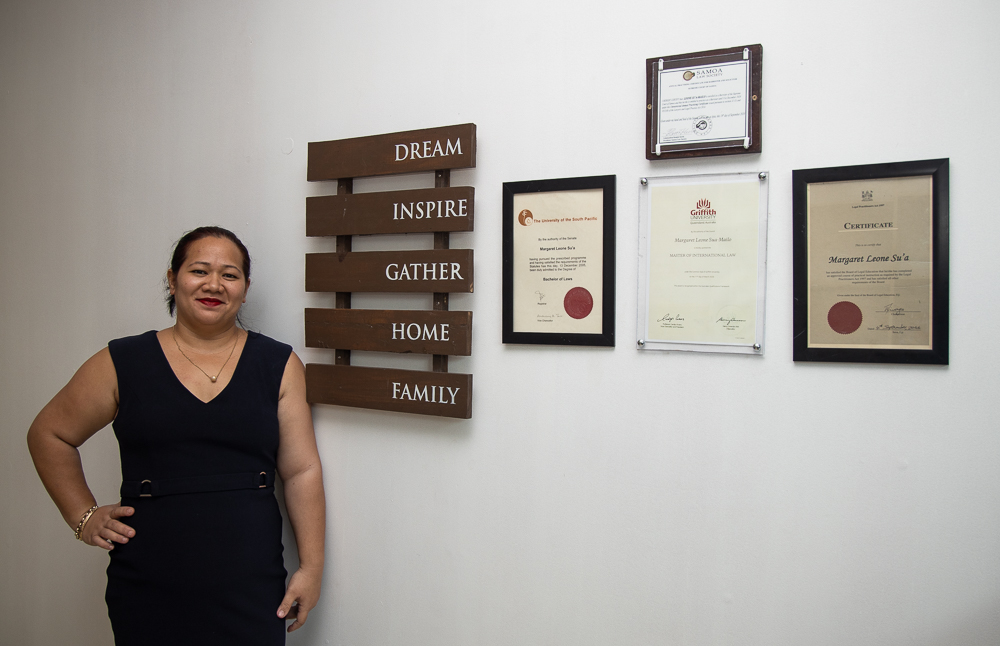 “I love prosecution but I was just over [prosecuting]; 14 years of doing the same thing; especially the long hours," she said.

“It's not about appearing in court. In order for us to get a conviction we had to work long hours to prepare. As you know the conviction rate is quite high and the reason for that is the preparation work.

"When we’re not at court, we are behind our desk and that is why we spend long hours at the office."

In 2017 Tofilau was promoted to Assistant Attorney General where she managed the Supreme Court Division, which was a team of nine that comprised of seven lawyers.

“We deal with all matters in the Supreme Court and Court of Appeal. Additionally, our team is in charge of coordinating all post mortems as well as attend the Parole Board meetings.

"At times, take on the role of Acting Attorney General as well as Acting Assistant Chief Executive Officer for the District Court Division.”

She is married to Henry Su’a and they have four girls.

Tofilau then opened up on the long working hours and the sacrifice of working away from her young children.

“My work schedule was what my whole family worked around – when my children are sick, my husband stays home; school events, my kids will always see their dad – not their mom. 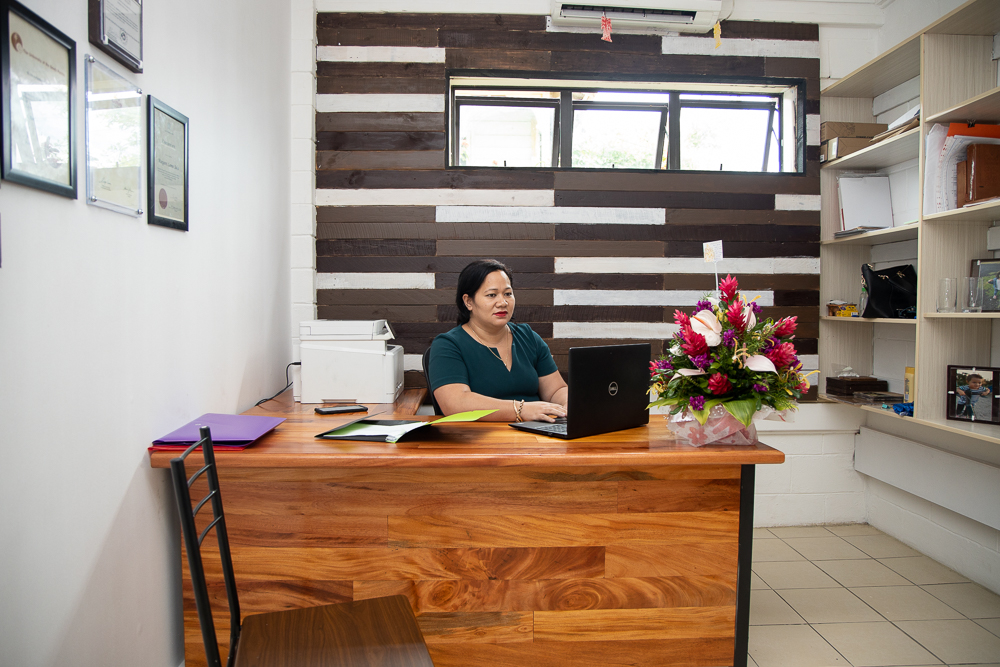 "And that is a snippet behind the scene sacrifices that not many know about. And so after many years of this routine, it was time to do something for my family.”

Tofilau said the best decision to resign from her job was the best one for her family and she thanked her mother Fulumoa for her support and for always being there for her children.

Tofilau’s new office has a logo that stood out in green and back design of the feather.

“The feather represents the legal profession but it’s also my mother’s name, Fulumoa Sua,” she told the Samoa Observer.

She further commended the work by local designers that helped bring out the vision of her office through the logo, which was designed by Laauoleola Kaio of Kaio Tech.

“The signs outside and inside the office was done by Vestor of John Badge at Vaitele; the green wall in the reception area was put together by Afa Leau Vaasa and the carpenter who did the renovations is Vaipapa."

She has prosecuted over 800 cases including many landmark proceedings including the first armed robbery of a local bank in 2011.

In more recent cases Tofilau was the lead prosecutor for high profile cases like Kolani Junior Lam, Peter Tulaga and others including those who allegedly plot the assassination of Prime Minister, Tuilaepa Dr. Sailele Malielegaoi. The charges are against King Faipopo also known as Malele Paulo and Faioso Sione.

Lam was convicted and is currently in jail for the murder of former C.E.O. of Unit Trust of Samoa, Sau Justina Sau. While Tulaga is serving 28 years imprisonment for the attempted murder of Frysna Rimoni who survived a fatal shooting.

Furthermore, Tofilau was also actively part of changing the law through landmark cases in the Court of Appeal and successfully arguing that the Attorney General's right to appeal on an “error of law” includes credibility in cases such as Attorney General v Sepelini [2019; Finau v Police [2018]; Police v Mulitalo [2018] and Police v Visesio [2018].

A former Member of Parliament, Lafaitele Patrick Leiataulesa, has been stopped from contesting next year's General Election. The decision was delivered by the Supreme Court after Alataua West's incumbent Member of Parliament, Ali'imalemanu Alofa Tuuau, challenged his eligibility in Court and won.