A student-led association that will take the lead in environmental awareness has been launched at the National University of Samoa (N.U.S.) campus.

The Lanulau'ava Student Association was officially launched on Wednesday morning at the N.U.S. and is led by founding President Grace Ah Young, Vice-President Okalani Mariner and their 27 pioneer members.

The objective of the association is to raise environmental awareness as well as educate, protect and conserve the land, culture and the ocean.

The N.U.S. President and Vice Chancellor, Professor Alec Ekeroma, said in his opening address that he was pleased when he received a request to endorse the newly formed association on campus.

"A group of activists indeed that would advocate for the planet, for our health and our very existence," he said.

Professor Ekeroma said the association was a group of youth activists who had a passion for advocacy to promote the limiting of human activities that adversely affect the climate, and they aim to cultivate relationships with local non-governmental organisations to limit waste, encourage recycling, and reuse limited resources as well as limiting or stopping damage to the environment.

"I have seen many students around here throw their lunch wrappers and empty cans on the ground and will not walk 10 meters to dispose of their rubbish in the rubbish bin, so let us change mindsets and attitudes and let us start at home here at the university," added the Vice Chancellor. 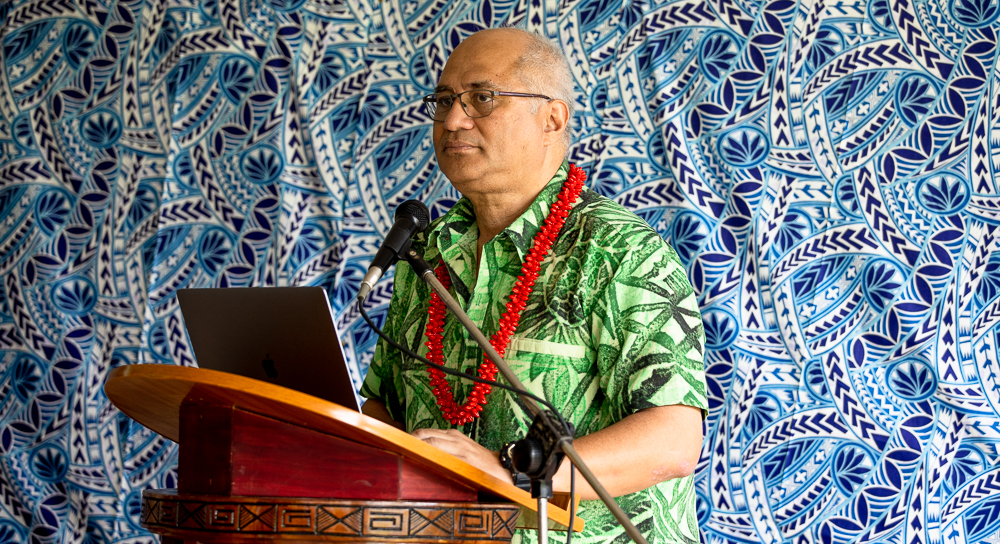 Living up their motto to raise environmental awareness, Ms Mariner told students and guests who attended the launching of their association that she wanted to give them a glimpse of the future they could face.

“Today as we celebrate and rejoice in reaching this milestone, I want to give you a glimpse of the future that lies ahead,” she emphasised.

“What if I told you that your house was on fire, would you try to put out the flames or would you stand by and watch it burn?

“Seven years, 71 days, 17 hours, 29 minutes and 22 seconds, that is how long we have until the earth reaches our maximum carbon depletion.

“Seven years, 71 days, 17 hours, 29 minutes and 22 seconds before the climate crisis is irreversible, let that sink in.

“Climate scientists suggest that this generation of children are among the last to know their homelands in the Pacific.

“If climate change could be seen as it is, immediate and urgent like a rapidly approaching tsunami, we would all react with extreme haste."

Pacific island nations are feeling the effects of climate change more faster during prolonged periods of drought and famine during the dry season, added Ms Mariner, which will only intensify in frequency in cyclones and thunderstorms and through the spread of diseases.

According to her, the COVID-19 global pandemic has left many feeling lost and uncertain of the future, but prior to that there was the climate crisis.

She further stated that the Pacific is a collection of nations that contribute less than 1 percent to the global carbon emissions and yet are at the forefront of the climate crisis and facing its consequences in full.

“We cannot go back to normal, because normal did not exist. Samoa is a small island compared to the other countries on our planet. Together with other Pacific countries, we are David in a battle against Goliaths of the world, against corporations that profit off of stolen resources and land but as the saying goes Rome was not built in a day," she said.