The Chief Executive Officer of the S.T.A., Fa'amatuainu Lenatai Suifua, confirmed the new lights festival would include a night market and choir singing in front of the Government building.

During a press conference on Monday, Fa'amatuainu said the festival will not only benefit the country by bringing families together but also promote the tourism sector.

The programme is expected to light up on 11 December until Christmas Day. Lights are anticipated to glimmer from Matautu to Vaimoso and all around the town area.

"So all businesses, as well as state-owned enterprises, will be responsible for [their own] lights, the decoration as well as some of the materials required," said Fa'amatuainu.

"This is also a good opportunity for some of the businesses to sell the lights and we know there will be some sort of shortage given the villages and businesses will be up for the festival." 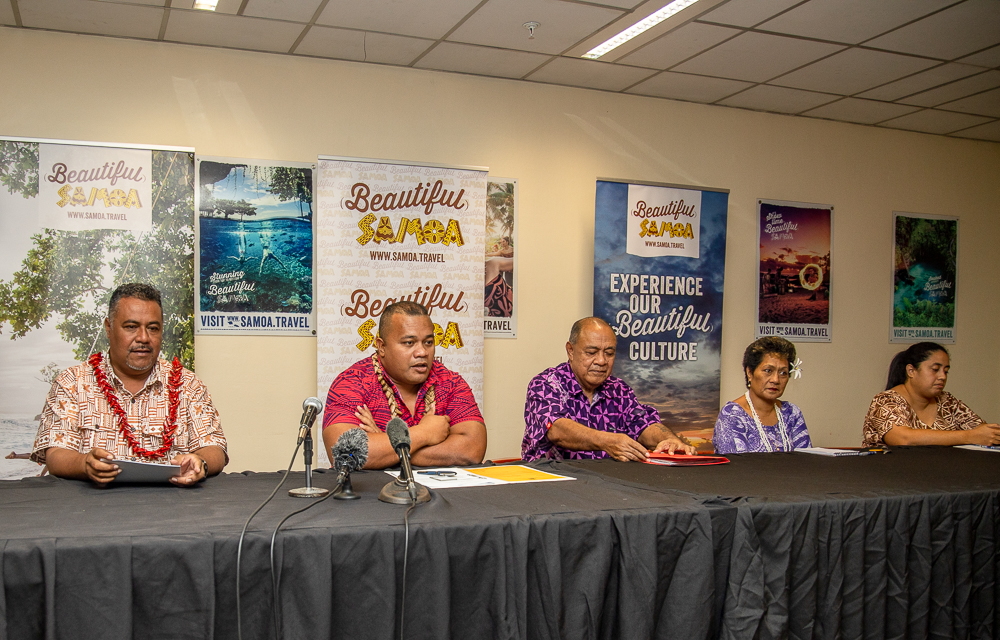 The lights will be centered mainly on the Apia City Boulevard, Apia Waterfront, and the Friendship Park.

Speaking on Monday the Secretary of the National Council of Churches, Reverend Maauga Motu, said the festival is an attempt to revive a tradition of Israelites.

Lighting lamps in front of their homes from 7pm to 7am was traditionally a symbol of the Lord's “constant” light within each family.

"This festival will symbolise that there shall be no darkness in not only our families but our country. That we may live and praise happily, especially in the time of Christmas," he said.

To date, there is no definite total cost for the whole event as decorations are up to each Ministry with buildings, Faamatuainu said.

However, earlier this month, the Cabinet issued an edict to its Ministries to limit their spending on this year's Christmas Lights Festival to $10,000.

In terms of the state of emergency restrictions, the tourism chief hopes that as discussions on the festival continue, there will be an arrangement or amendment to uplift limits on the number of people allowed in a gathering.

The L.T.A. will put on their light show again for the festival, she confirmed.

The Ministry of Women, Communities and Social Communities chief, Afamasaga Faauiga Mulitalo, said the lights shall also serve as a beacon for Samoa after experiencing the measles crisis in 2019 as well as the rapid downturn due to COVID-19.

"This should serve as an encouragement for the country that there is living hope, despite the crises we had experienced through illnesses and death, there continues to be hope," she said.

"And what is this hope? The light from the birth of Jesus Christ, that we shall celebrate at the end this year through this event."

All Government offices will be decorated with light and the Electricity Power Corporation will be in charge of lights on the main road.

It has been 50 years since Pope Paul VI visited Samoa and celebrations were held at the Basilica of St. Anne at Leulumoega and a new chapel was opened to mark the celebrations.