The Minister of Police and Correction Services, Tialavea Tionisio Hunt,  has rejected claims that juvenile prisoners are treated as “caged animals” at Tanumalala Prison and said prison cannot be compared to a hotel.

Two weeks ago, Supreme Court Justice Vui Clarence Nelson said the conditions children were being held in at the Tanumalala Prison, made the juveniles appear like “caged animals.”

“The prison is not a hotel and no, they don’t sleep on the concrete floor, they have mats,” the Minister said.

“The Ministry of Justice and Courts Administration visit was during the day, at the time the mats were stored away. We don’t provide the pillows and that is something that families of the juveniles provide along with sheets.”

But the Minister also said there are only four juveniles at Tanumalala and they are housed near the location of the prison’s clinic.

This area is secluded and away from where the adult prisoners are held, he said.

These rooms have bathrooms of their own, the luxury that is not afforded to adult prisoners.

“What does Vui want? To install air conditioning and add queen size beds into the rooms?,” asked Tialavea.

He said the juveniles are occasionally allowed to come out for a sporting event, but never with the adult prisoners.

Justice Vui’s criticism was contained in an internal email to all the Judges for the District Court, Supreme Court and the Lands and Titles Court obtained by the Samoa Observer.

Dated 8 September 2020, Justice Vui was seeking assistance from the Judges for more information about personal hygiene packs that were delivered to the prison several days after a judicial site visit.

“We were horrified to note the conditions in which children are now being kept following a recent Police decision to turn the Olomanu Rehab Facility at Mulifanua into a Prison farm manned by adult prisoners,” he said.

“I believe this decision has the blessing of the Minister of Police and possibly the Cabinet.

“These children are kept in heavily barred cells and sleep on the concrete floor without falas or even a blanket which at this time of year at that altitude is criminal,” said Justice Vui.

Tialavea said the juveniles were moved to Tanumalala after they discovered that it was not financially viable to keep them at the Oloamanu.

“There are ten guards housed at the Oloamanu centre to watch over five juveniles and it was the logical thing to do to relocate them to Tanumalala. Also we needed Oloamanu for the farm so we can feed the 400 plus prisoners,” he said.

“One of the major concerns noted by the parents is the location of the Oloamanu which is five miles inland.

“If the families walk to the juvenile center it takes up to two hours to and two hours back, that is how long it takes before they can visit with their child.

“And it is only common sense to consider the fact that we can house them at the clinic for the time being. This is temporary.”

Tialavea said the only thing the prison offers for sleeping are mats, but the bedding can be given to inmates by their families. 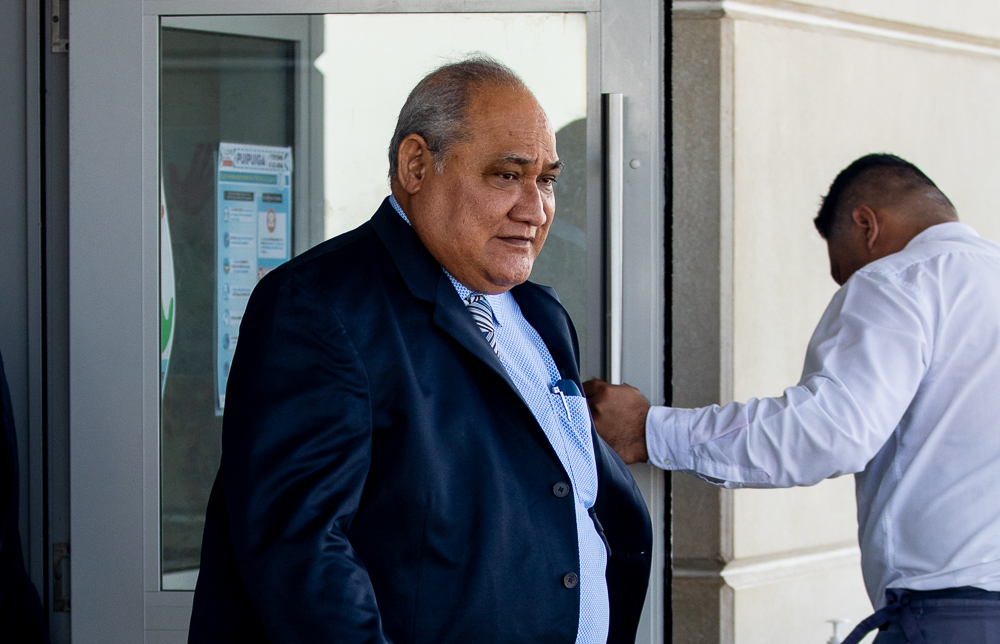 Another issue that Justice Vui pointed out was the halting of rehabilitation programmes for juvenile and adult prisons.

“The adults are not our immediate concern although it is frightening to learn that [rehabilitation] and educational [or] vocational [programmes] for all prisoners both children and adult, including those newly paroled by the Parole Board were earlier this year canceled until further notice due to the COVID-19, state of emergency.”

Tialavea said there is no one to conduct the rehabilitation programs for the prison.

“The Ministry is currently advertising the Programme Development Service Unit position that was once held by Maiava Vi’iga Fuimaono who resigned in March following a fallout with the Commissioner; at the time the Police took over authority over the prison,” he said.

The Minister acknowledged the importance of having rehabilitation programs but noted that the position has been vacant since March.

“We do however have a specific block for the rehab programs. It is important to have these programs in place that helps motivate change in cognitive-behavioural interventions and general skills to help a prisoner return to the community,” he said.