The Tautua Samoa Political party will scrap the law to tax the Head of State and Church Ministers if they win next year's General Election.

They will also launch a Commission of Inquiry into the Measles crisis that killed 83 Samoans last year, as well as open the gate for Samoans living overseas to vote in the General Election, using Samoa's mission offices around the world.

These and more were among the promises made by the party when it revealed its official manifesto on Wednesday during an event at the National University of Samoa fale.

The Government’s push to make the Lands and Titles Court autonomous will also be abolished, the party has promised. 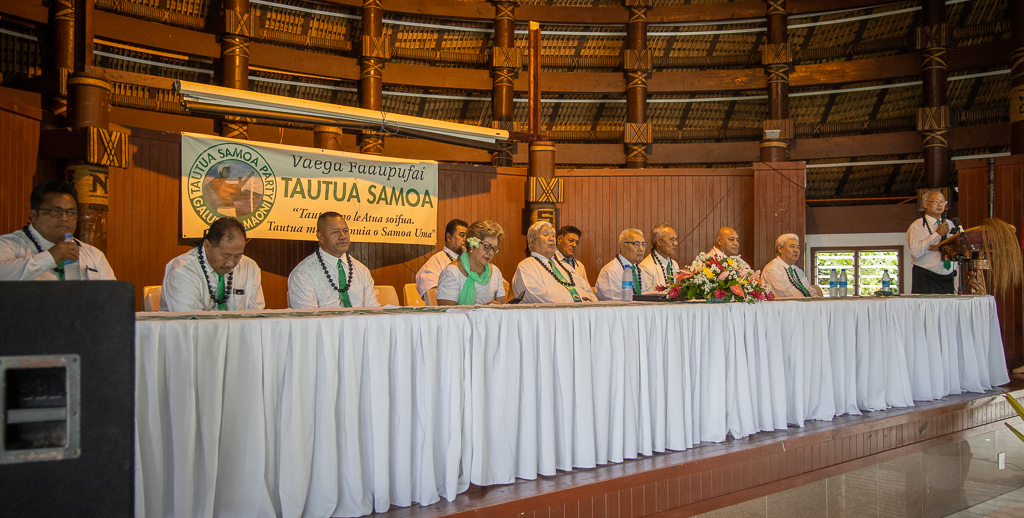 Other priorities include the limiting of the Prime Minister’s time in office to two terms; increasing the minimum wage from $3 to $4; the increasing of pension to $300 to be withdrawn twice a month and a $100 benefit per month for special needs citizens.

Ten representatives who have confirmed their candidacy under the flag of Tautua were present during the event.

Party President and Leader, Luagalau Afualo Dr. Salele said their manifesto will align with goals reflecting a ‘New beginning: justice and prosperity for all’.

In efforts to push for a better education sector, Afualo said the “new day” will be seen as Tautua pushes for the establishment of a branch of the National University of Samoa in Savaii called the ‘Le Tolotolo o Tamauli Campus’ in Salelologa as well as the additional of trade education centers. 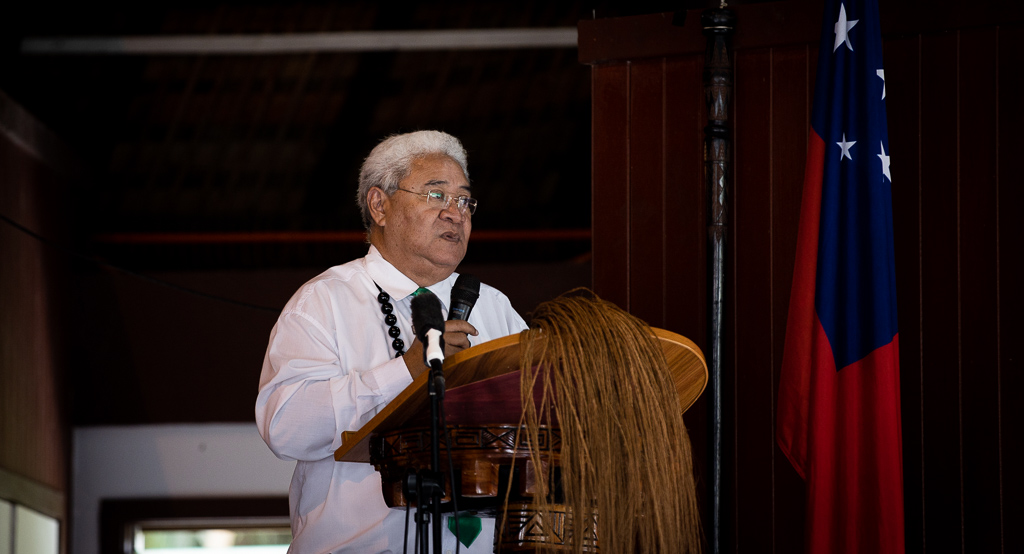 The Party has also proposed a Samoa Education Fund, an overhaul of education funding which they say will be a key plank of their policy agenda. The Fund will ensure that students receive a quality education.

The increase of teacher’s salaries is also a part of the political party’s education policy agenda as well as the capacity building of teachers and the upgrading of the facilities and resources used.

Tautua Samoa also propose to establish a National Welfare Fund to ensure better healthcare for the people as well as a push to make MediCare services and Medical Insurance Policy available for “all employees no matter where you work. Everyone is eligible.”

The MediCare policy is said to pay for the doctors’ appointment and prescription costs to ensure civilians are able to freely choose to see a private doctor or approach the public hospital.

Included in their manifesto is the setting up of an anti-corruption tribunal under the Ministry of Justice and Courts Administration and the limiting of the Chief Justice’s term to as soon as they turn 70 years old.

The political party also proposed to look into having tax breaks for the benefit of the private sector and review the taxation laws of Samoa in efforts to make the standard of living cheaper for its people.

Tautua Samoa will be revealing its candidates in detail next week.

Asked how the party proposes to fund their agenda, Afualo said should they come into power after the election, they will be diversifying the existing Government budget to suit priorities lined up. Otherwise, in this day and age, social development projects funding is not hard to find, said Afualo.

"Already there are existing institutions in Samoa that have funds available, and with those programmes they need to be started in order for funds to pick up," he said.

"There is no need to worry, we can get a lot of assistance from our donor partners especially when it comes to the social development of the people, because they eventually contribute into the growth of the economy.

"Most of the major and core drivers of the manifesto steer towards the social side; it is what needs most improvement."

Taking the MediCare policy for example, Afualo said a funding pool available is the Accident Compensation Corporation which the party says will definitely look into amending its mandates to allow for such services.

More detailed descriptions into the execution of each proposed policy on their agenda will be explained weekly leading up to the General Election, said Afualo.