Newly Deputy Commissioner on a mission

The newly promoted Deputy Police and Prisons Commissioner, Auapaau Logoitino Filipo, is on a mission to improve the Ministry’s service delivery amidst the challenge of resource constraints. 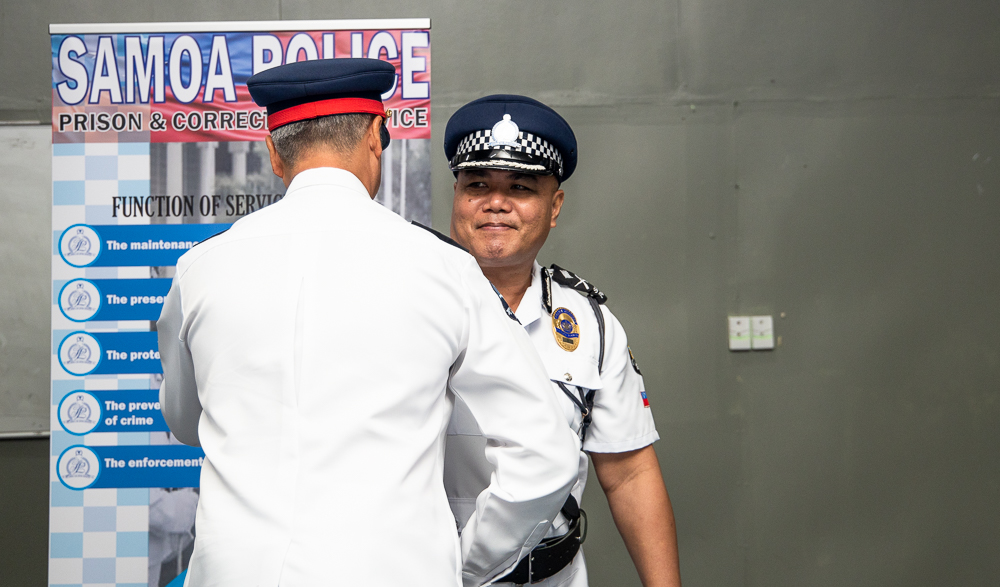 He told the Samoa Observer that he was both happy and proud of his new appointment.

“I joined the Police because I wanted to make a difference in people's lives especially victims of crime,” he said.

The Deputy Police and Prisons Commissioner said that part of his objectives were to be accountable to the public. 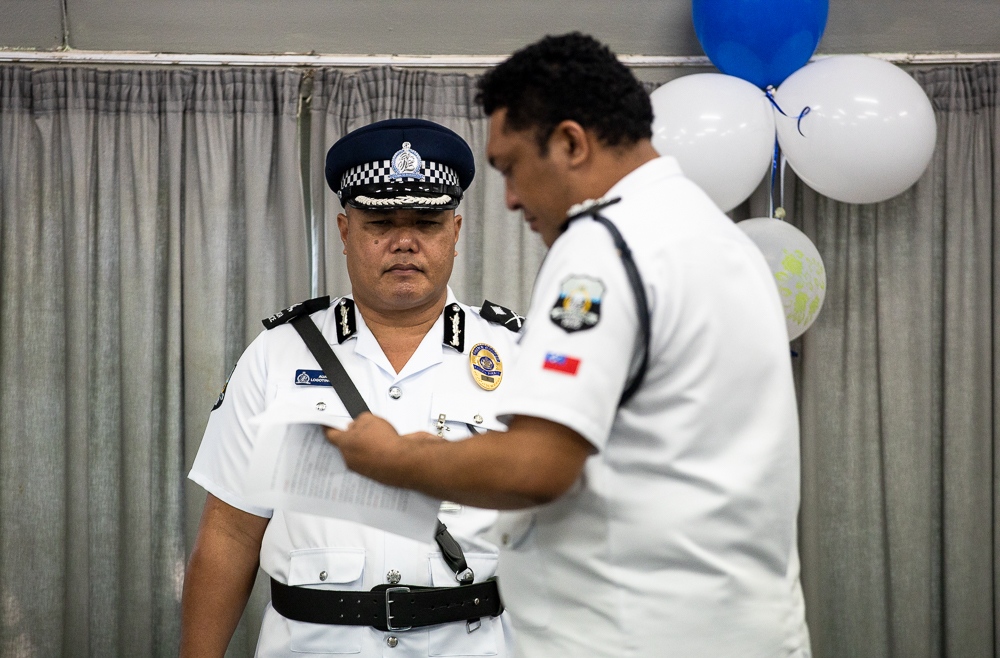 “[I want to] improve community relations and improve working relationships with [non-Government-organisations] N.G.O.s and other Government Ministries, trying to improve the service in rural areas and provide capacity building to my officers,” he said.

Asked to nominate the challenges he faced as an officer, he stated that despite limited resources Police try to effectively utilise the resources provided by Government.

“The inclusion of the Prisons and the Licensing and Registration arm of the Land Transport Authority are seen as a challenge but it is also an opportunity for the Police to improve both services to the public.

“The Police play a significant role in maintaining law and order for the stability of Samoa as a safe place for foreign investors to invest and provide opportunities for our people in terms of employment.

“It is also a key player working with village councils and community leaders for community safety and for bringing perpetrators to justice and provides care for victims of crime especially the most vulnerable ones.”

The father-of-six also thanked the Lord for his blessings on him for this new opportunity.

“I also want to thank the Commissioner and the Government for putting their trust on me to take over this very important position within the Ministry of Police, Prisons and Correctional services.”

He also acknowledged the support from his families including his wife, children, and his late parents and also his wife and Minister at the Congregational Christian Church of Samoa at Vaimoso.

He is a Samoa College graduate.

He also served in the Solomon Islands under the Regional Assistance Mission to Solomon Islands (R.A.M.S.I.) mission for three years as the Pacific Island Contingent Commander for all Police officers from small Pacific islands until its conclusion in June 2017.