A Police officer is now stationed in the back road of the school to ensure children are safely crossing the road (Photo: Francis Faalili)

A year three student from Vaivase Primary School was rushed to hospital after being hit by a motorist.

The incident happened about two weeks ago and the child has since returned to school.

The groundsman of the school who witnessed the incident happened after school during the afternoon rush hour just outside the rear gate of the school.

An eye witness, the school groundsman, who spoke to this newspaper on the conditions of anonymity, said the vehicle was driven by a woman.

Police were called while the child was rushed to the hospital for immediate medical attention.

The driver did not stop but she was quickly located by the Police, the Samoa Observer understands.

Vaivase Primary School deputy principal, Fai Falefata, said they were not updated on the condition of the child after the day of the incident but have been notified that they are back in school. 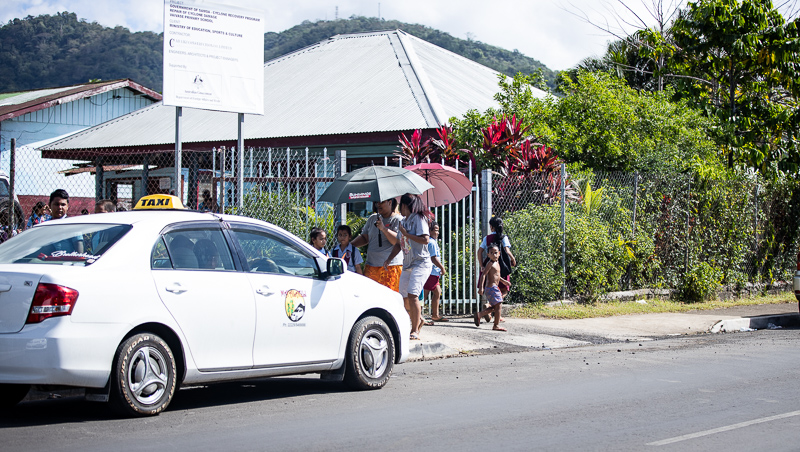 Parents’ vehicles are also no longer allowed to access the school through the back gate as they have been encouraged to either use the front gate or park outside while they walk in to pick up their children.

Children have been encouraged not to leave school grounds unless someone is able to pick them up.

"Starting last Friday, a Police has been stationed at the road behind the school as well to control the traffic flow when the road is busy," he said.

"This is a very new thing, the groundsman has a new task now since that incident where he has to stop the cars from coming into the gate, unlike before.

"Unless the bell rings, they come in and take their child. This also limits the chances of children being put at risk because they tend to run around after school with cars coming inside."

This incident happened the same week a seven-year-old was struck by a truck at Falelatai while he was walking back from a store. The child's body was located on the main road in front of their home.

Efforts to get a comment from Police were unsuccessful as of press time.

Health and Finance Ministers from around the Asia Pacific have joined forces to endorse a future in which sustainable universal healthcare is a reality.