The plan was confirmed by the Party's leader and Prime Minister, Tuilaepa Dr. Sa'ilele Malielegaoi, after a caucus meeting where he was unanimously appointed to lead the party into next year's General Election.

“This is one of the issues that we have discussed," he said about the review of the by-laws.

"Right now there is a Committee that is looking into some of the changes to the H.R.P.P. [bylaws]."

The Prime Minister did not say who was in the Committee. But the party's caucus met this week and all 43 members present unanimously agreed for Tuilaepa to continue as leader.

The Minister of Natural Resources and Environment, Fiame Naomi Mata'afa, was reportedly ill and was not present. But she was retained as Deputy Prime Minister and Deputy leader.

At the moment, the party's by-laws say that the H.R.P.P. votes for their Leader and the Deputy Leader. But the Prime Minister said this could change and the H.R.P.P. is planning a  “big meeting” in December to discuss the proposed changes and to revisit the party's Constitution.

Contacted for a comment, Fiame said the proposed changes will have to be put to a “caucus vote."

“It is not up to [the Prime Minister] or me," she said. "The decision lies solely with the caucus."

As for her reappointment as Deputy Leader, Fiame said it appears that this has become a patter for many years.

In the meantime, Prime Minister Tuilaepa said the changes to the H.R.P.P. by-laws  are necessary. 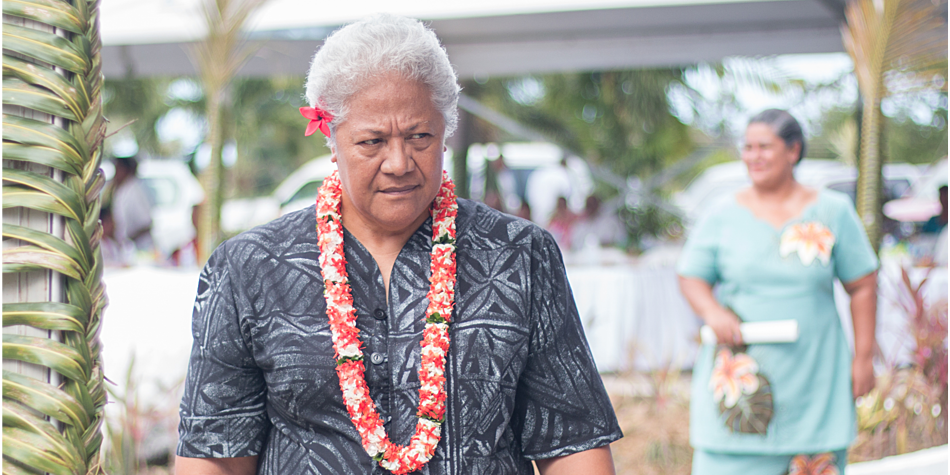 “These proposed changes cater to better the [H.R.P.P] especially because of the issues we are facing," he said.

"You've got to keep in mind that the logic behind amending laws follow issues that arise. And then we have to amend the law to better suit the situation and to assure these predicaments do not reoccur.

"Similarly in accordance with our Constitution, they are amended to address current issues.”

Tuilaepa did not go into details about the issues he was referring to.

But he took a historical view of the voting process in Samoa, saying once a upon a time, only matai were allowed to vote.

“And that is what led [families] to bestow chiefly titles upon many people as they could so these people could vote for their candidates during the general election and we put a stop to it," he said.

“This then opened the opportunity for untitled men, church ministers and women to vote. A good thing came out of this undesirable law."

The Prime Minister reminded of other instances where some voters used the identity of people who were dead to vote.

“To think that we resolved to have voters identification to assure the right person will go to the polls to cast their ballots, but the voters then wanted the candidates to take them to register for a voters I.D. and give them money.

And in turn the government amended the law that you have to register and vote.”

Tuilaepa said changes to laws are necessary to suit the developments and times.

The Supreme Court has sentenced a serial burglar to nine months imprisonment in relation to the theft of over $3,000 tala worth of store goods from K.F. Mart in Fugalei.