Independent Member of Parliament for Salega East, Olo Fiti Vaai, has hailed the decision by his fellow independent Gagaifomauga No. 3 M.P., La'aulialemalietoa Leuatea Schmidt, to resign from Parliament on Tuesday.

He has also defended La'auli's decision, taking aim at what he described as "newbies" in Parliament whom he said used the opportunity to take cheap shots at the Member of Parliament in question. He did not name the "newbies."

La'auli announced his resignation before Parliament resolved to accept the Privilege and Ethics Committee report which found him guilty of breaching Parliament standing order. Instead of endorsing a recommendation by the Committee to suspend La'auli without pay for three months, Parliament agreed to issue him with a formal warning.

But the Gagaifomauga No. 3 left Parliament, with the Speaker Leaupepe Toleafoa Fa'afisi, demanding a written resignation.

During an interview with the Samoa Observer, Olo said La'auli did the honourable thing.

“It was a multimillion decision but it had to be done," Olo said. “The Human Rights Political Party members' comments crucified La'auli along with his constituency. But the question remains, did he commit a crime that is so serious which warranted such treatment in Parliament? Only an angel with wings would have swallowed the harsh treatment and words by the members of Parliament on Tuesday.”

in January this year, La’auli ueried the amount of $300,000 allocated by Parliament's Finance and Expenditure Committee for a 200kva generator for the Prisons.

The Member of Parliament claimed that he bought a similar 200KVA generator for personal use in 2019, costing only $100,000. Based on this, he questioned whether the Committee had even looked at alternatives, which would save the country a lot of money.

La’auli did and his documents were referred to Parliament’s Finance Committee, which found them “not to be factually correct.”

Later, Parliament resolved to appoint a Privileges and Ethics Committee to “consider in detail” the findings of the investigation by the Finance Committee and to determine if La’auli had made misleading a claim in Parliament.

On Tuesday, Chairman of the Committee, Nafoitoa Talaimanu Keti, tabled their report which found La'auli guilty and recommended that he be suspended for three months.

But Laauli opted to resign.

“The decision today I trust is a decision from God," La'auli told the Samoa Observer outside Parliament.

“I’d rather choose my fate [and resign] and there is no going back from here on out. What has been done is done, but the decision today I trust is the decision from God."

Olo paid tribute to La'auli's bravery.  He cautioned that what happened on Tuesday is evidence that when anyone of the H.R.P.P. defies the party's “policies,” they will be ousted.

“This sends out a clear message to all other H.R.P.P. members that once you object to the H.R.P.P. bills, they will follow the same fate as La'auli,” he said. 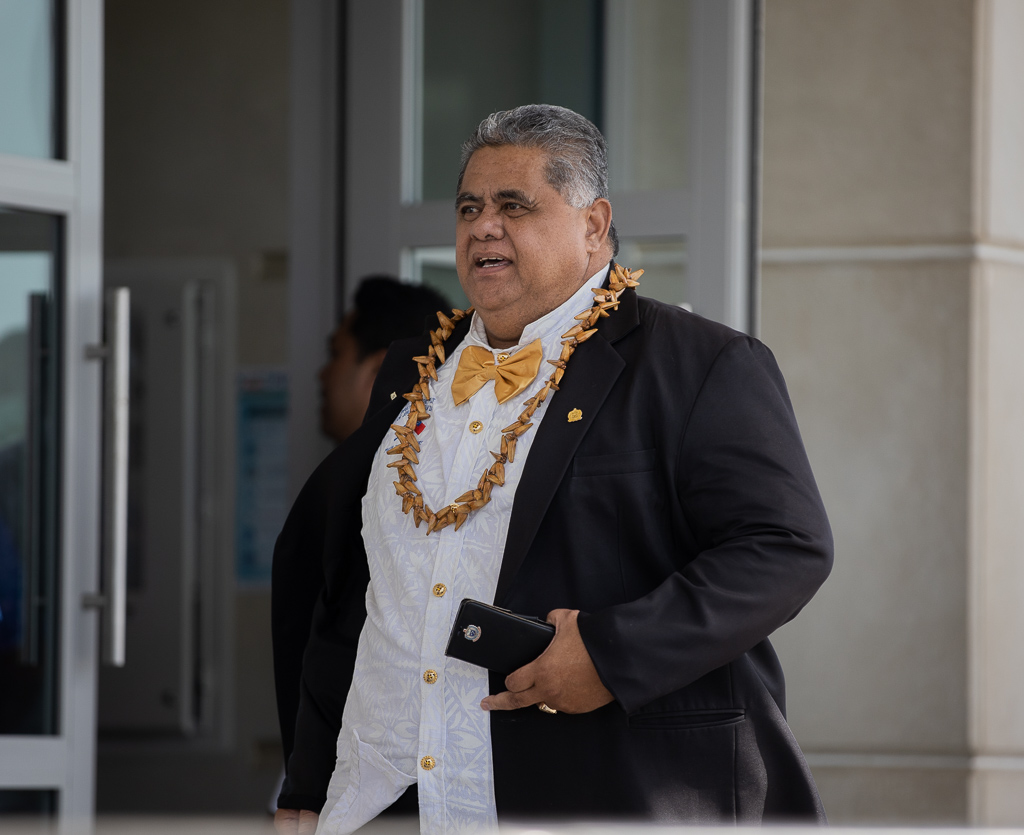 Olo also addressed claims by many Members of Parliament that Laauli was disrespectful to Prime Minister Tuilaepa.

“I take offence to the newbie politicians who just came yesterday and raised their voice in Parliament," Olo said, without naming anyone in particular.

"They have neglected the fact that Laauli is a former Speaker and also a former Cabinet Minister.

“Also let me be frank, respect is earned not given. And while they dislike comments by Laauli that it disrespects their party’s leader, the Parliament of Samoa does not operate on guidelines of the H.R.P.P.”

Olo then pointed to the Committee’s report.

“They missed the whole point," Olo said. "La’auli's intentions were good when he raised questions about the cost of a generator to save Government money, yet it was manoeuvred and they targeted Laauli instead.”

The people are not stupid they know what is going on, said Olo.

Olo added that recommendation by the Privileges and Ethics Committee to suspend him, without pay for three months, was uncalled for.

“What was the crime La'auli committed which warranted such treatment?

"There was a Committee appointed to investigate the misuse of authority from the Samoa Land Corporation, what happened to that recommendation?

"Another case pointed to an M.P. [at the time] swearing at the Speaker of the House. There was an investigation into documents I submitted over customs matters, what happened to that investigation?”

"And yet La'auli gets treated like a thief, which is extremely sad."

The second phase of the Government's pay raise policy for all public officials over a three-year period has been rolled out after it was appropriated under the 2020-2021 financial year budget.