The Samoa Bureau of Statistics release of monthly figures provided an insight into the national C.P.I. - a method economists use to measure changes to the price of goods and services.

Economists use a selection of goods or sectors of the economy to measure and estimate changes to overall prices.

The report found the decrease of the Imported Goods component of the C.P.I. by 4.7 per cent from the previous month, due to lower prices for fuel and imported food, was the main contributor to the broader decrease across all items measured.

Continued decrease in oil prices internationally in May had pushed local fuel prices down, which accounted for the  6.4 per cent decrease in the Transport Index.

Local Goods also fell by 0.3 per cent from the previous month.

The Food and Non-Alcoholic Beverages Index also decreased by 3.7 per cent.

The report found that inflation on an average and annualised basis for May stood at 1.7 per cent.

The 2.5 per cent decrease in the Overall Index was mainly due to a decrease of 6.4 per cent in the Transport Index, the report found. Food and Non-Alcoholic Beverages and Housing, Water, Electricity, Gas and other Fuels indices registered decreases of 3.7 and 0.6 per cent respectively.

But the report found prices were on the rise in some sectors of the economy.

Increases were recorded for other divisions namely Miscellaneous Goods and Services which rose by 0.9 per cent. Furnishing, Household Equipment and Maintenance similarly rose by 0.7 per cent.

No changes were recorded to the Alcoholic Beverages and Tobacco, Clothing and Footwear, Health, Communication, Recreation and Culture, Education and Restaurants indices.

The Imported Goods Component of the Consumer Price Index registered a decrease of 4.7 per cent when compared to the previous month.

A further decrease of 3.7 per cent was recorded for food and non-alcoholic beverages.

The 0.6 per cent decrease in the Housing, Water, Electricity, Gas and other Fuels Index was a result of the lower prices recorded for kerosene and timber.

The C.P.I. measures the rate of inflation for Samoa by comparing the prices for a basket of goods and services at the collection period with the price for the same goods in a base period.

The more households spend on an item on average, the more important it is to the price Index, and more weight it is given to the Index.

Volatility in monthly C.P.I. rates reflect price changes in particular items that can be caused by changes to global commodity markets and agricultural conditions, policy changes, or seasonal factors. 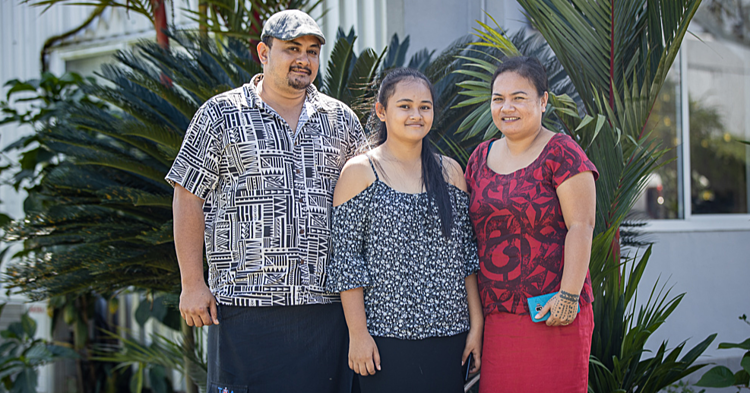 While Samoa continues to be under lockdown, more than 400 persons with disabilities and their families living in Savaii have received much-needed essential supplies thanks to United Nations Development Programme’s (U.N.D.P.) COVID-19 assistance.