Samoa
Amongst over 200 passengers were seasonal workers. (Photo: Francis Faalili)

More 200 passengers were bundled into three buses and about 30 vans and taken to 15 locations to start their 14-day mandatory quarantine after disembarking from an Air New Zealand flight on Saturday afternoon.

Face-mask wearing health workers and Police officers waited outside the Faleolo International Airport terminal for the arriving passengers, who were chaperoned to the waiting transport to be taken to their quarantine sites which include hotels.

The Samoa Observer understands some of the returning passengers on the Saturday flight were Church Ministers and seasonal workers. 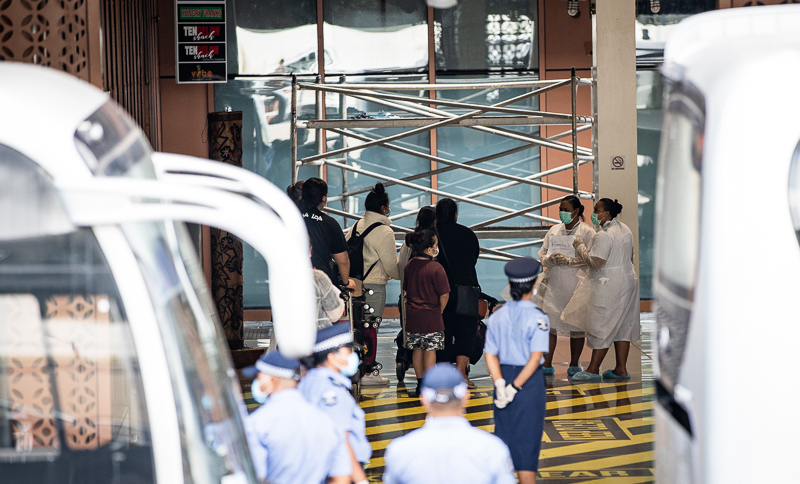 The Air New Zealand Boeing 777-300er, which touched down at Faleolo at 2.30pm, returned to Auckland, New Zealand with 58 kiwis.

The repatriation flight was originally scheduled for Friday, but was deferred to Saturday to allow health workers at the various different quarantine sites to prepare for the new group, and disinfect the area that was previously used by passengers who arrived in Samoa over a fortnight ago.

Early this month the National Emergency Operations Centre (N.E.O.C) Chairman, Ulu Bismarck Crawley, said they were mindful of the time that the health workers needed to disinfect the various quarantine sites prior to the arrival of the next lot of passengers. 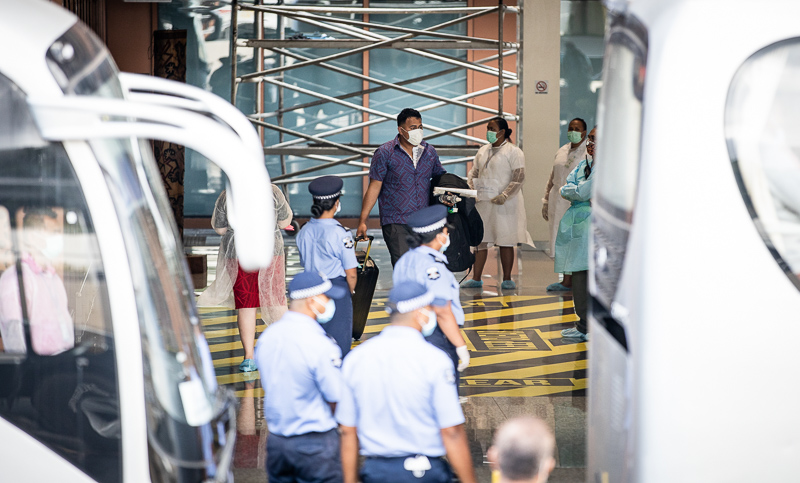 “We realised that if the flight is to arrive on Friday, it’s also the same day [that the] the currently quarantined passengers will finish their 14 days [of quarantine],” he said. “We’ve looked at how the Ministry of Health will need the time to clear and disinfect the places for new passengers.

“The workers need to have enough time to properly clean what was used for quarantine for the others on the way to quarantine.”