By Monday noon the Ah Liki service station at Vaitele was one of few that had petrol and was still open, leading to a long queue of vehicles forming in front of the Farmer Joe Vaitele supermarket.

A motorist Helen Fili confirmed the petrol shortage when queried by the Samoa Observer, saying that she went to the Toleafoa gas station but she was told by the workers there that they had run short of petrol.

"I was going to get petrol from Toleafoa gas station in town opposite St Mary's Primary School at Savalalo but the guy there told me that they are out of petrol and they're waiting for the people to come and refill it," she said. 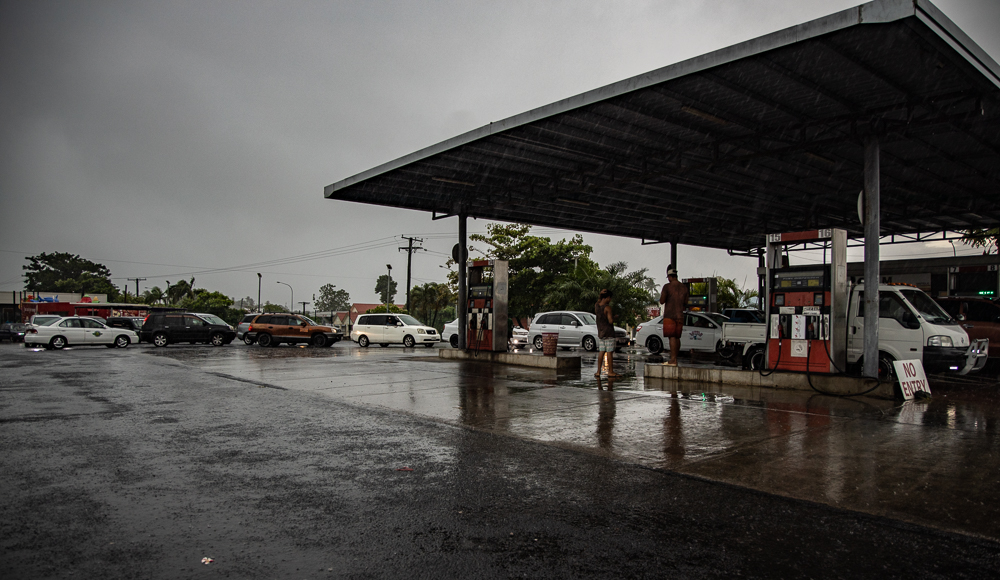 "This is a shock, they should've refilled on Saturday maybe, since they close on Sundays now. But I am glad that Ah Liki Service Station still has petrol.”

Ms Fili was heading out with her family to celebrate Independence at a hotel, when she decided to refill her car, only to be surprisingly told that they had run out of petrol.

The gas station at Vailoa had also run out of petrol while the Saleufi service station was being refilled by Petroleum Products Supplies Ltd-owned tanker, she added.

Besides the Ah Liki service station at Vaitele, the Samoa Observer was able to confirm that the Maota o Samoa gas station also had petrol.

Attempts by the Samoa Observer to get comments from Toleafoa gas station and the Vailoa gas station on their fuel shortage were unsuccessful.

First they opened their new classrooms and now they have brand new desks and chairs. That's the reason students educated at Leifiifi College celebrated yesterday, thanks to a donation from New Zealand’s High Commission.