A hundred and thirty six missionaries of the Church of Jesus Christ of the Latter day Saints bid Samoa a bittersweet goodbye on Monday morning when they departed Faleolo International Airport, returning home on a charter flight.

Due to the spread of the coronavirus pandemic, the Church ordered the return of all its foreign missionaries who served in Samoa on a charter flight operated by Fiji Airways.

The only exemptions were made for a handful of Tongan missionaries, for whom a return to home was not possible. 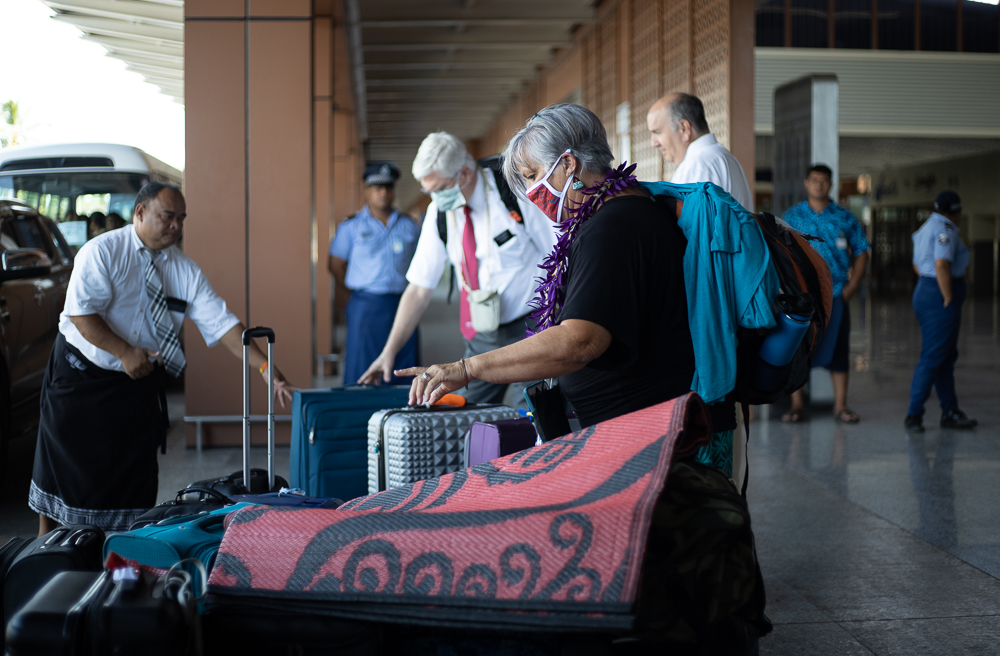 In an interview with the Samoa Observer, Sister Lanett Ho Ching, a representative from the L.D.S said Monday was the hardest of goodbyes.

"These families are part of their lives and it’s very difficult for them to leave," she said.

Five buses, two vans and a few trucks transported the missionaries and their luggage to the airport under escort by Police Officers. 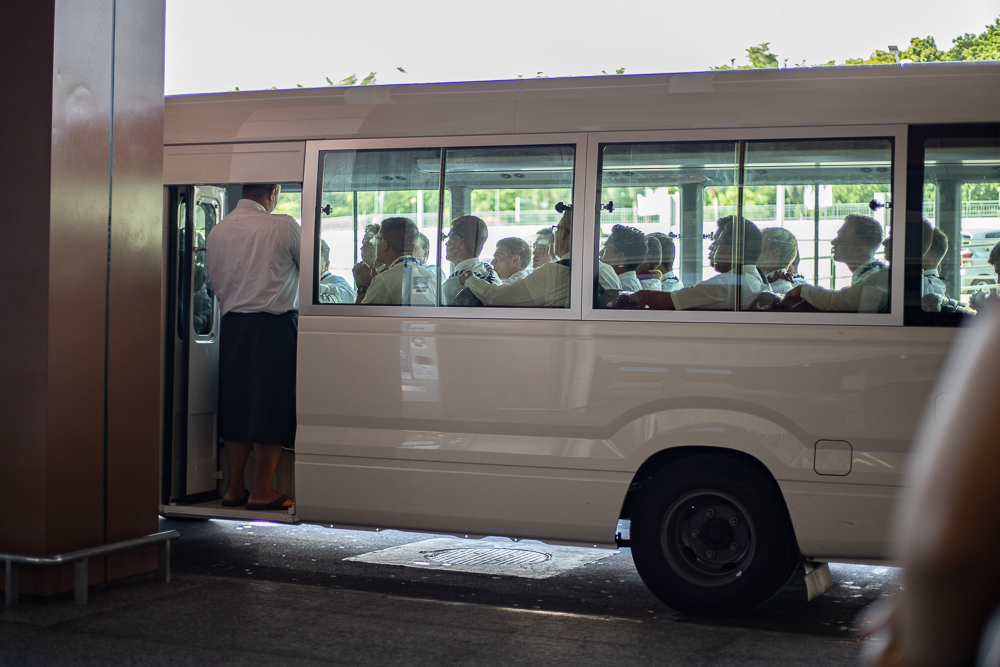 As the companion for the mission President, Sister Ho Ching, who was to start her third year of service in June said the missionaries' feelings were 'bittersweet'.

"They are happy they're returning to their families but it's also bitter as they are also sad to leave Samoa and the families they learned to love and know," she said.

"Samoa is a paradise with beautiful people and beautiful culture and our mission here in Samoa was to preach the word of the Gospel and Jesus Christ," Elder Kiliikoa said.

"It was to help others come to Christ and to help people find happiness in this life."

Police were on standby to ensure that rules preventing gathering of people in the airport for farewells were not broken.

Tile Soonafai, who opened her home to one of the missionaries, told the Samoa Observer that they could not stay at home without saying their final goodbyes.

"They've contributed a lot to the lives of the Samoan communities and we've grown to love them as our own," she said.

The missionaries shed tears while taking a last look at Samoa through the airport and Samoan families who attended the farewell.

Male missionaries typically serve postings of two years’ duration before they can return home after what is deemed honourable service; for women the period is 18 months.

All missionaries forced to return home early due to the virus will have their service recognised as honourable.

The Government says its financial position remains strong and its revenue generation is sustainable after it passed the first reading of a proposed $965 million budget for the new Financial Year.