A three-year-old, his father and uncle had a miraculous escape when the car they were travelling in was suddenly engulfed in flames on Friday afternoon.

The incident took place on Friday afternoon in Lepea and could have caused untold damage if the Samoa Fire and Emergency Services (S.F.E.S.A.) had not contained the fire earlier.

The three-year-old, who was identified as Junior Mikam, did not seem fazed by the incident as he played around his uncle, Sanele Mika.

His father, Leeroy Mika was driving the small pick-up at the time of the incident.

Sanele said they were on their way home to Tanumapua from the Toleafoa Petrol Station in Savalalo when the vehicle started acting up around the Pesega traffic lights. 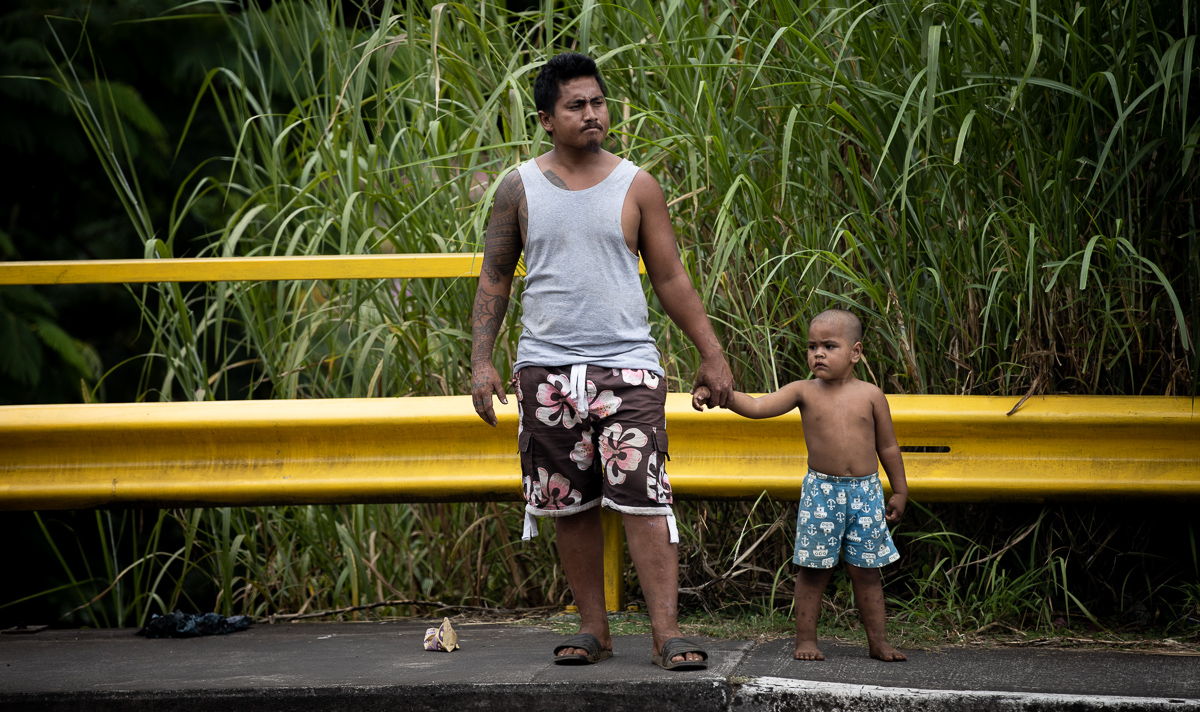 He said it was obvious that the car was having problems as they continued past the traffic lights.

They intended to pull over as soon as they could.

But before they could, smoke began billowing from the engine. Flames soon followed. The turned off the engine and fled the car as quickly as they could.

"It was lucky we got out early, crossed the road and just watched it burn," he said.

Bystanders said the fire was so bad that when they saw the smoke, they thought it was a burning house in the area. 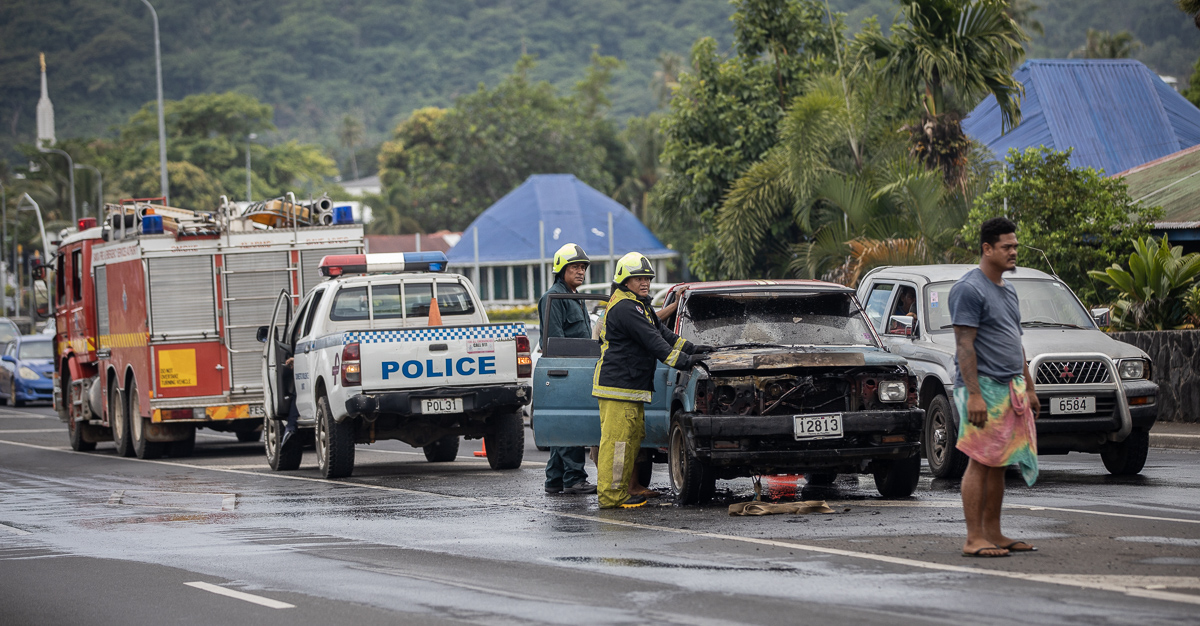 The F.E.S.A. authorities were commended for their quick response and reactions to the scene of the incident.

"The F.E.S.A. were very quick to contain the fire. Driving up the road I saw the smoke and thought it was one of these houses, but not it was the car," said a bystander.

"F.E.S.A. was right ahead of me and by the time I parked and walked up the scene, the fire had already been contained. They were very good."

The Police were already at the site ensuring a smooth flow of traffic as the vehicle caught fire in the inner lane of the road while F.E.S.A. continued to hose down any hazardous chances before the vehicle was towed away.