Members of the Police and Prison Services team back at the police station on Thursday with the contraband discovered during the early morning search. (Photo: Aufai Areta Areta )

The Police Commissioner said he was proud of the efforts of his men and women numbering close to 100 as well as guards, who descended on the facility early Thursday morning and scoured through seven large cell blocks housing more than 400 prisoners. 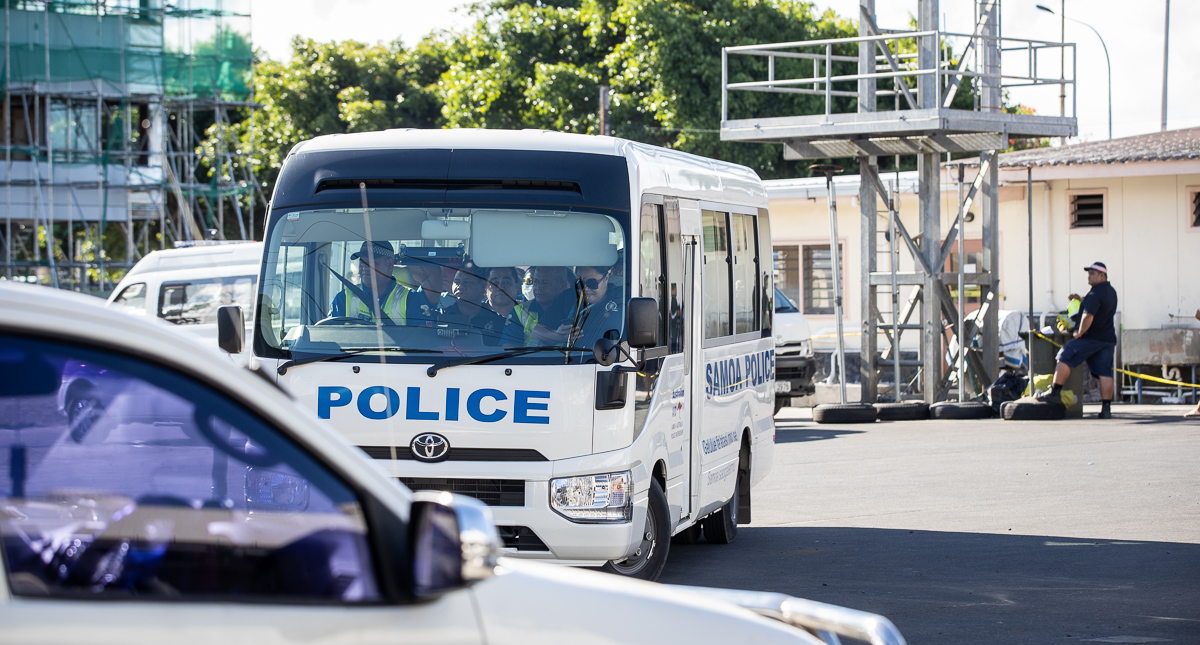 "This is one of those things where I can say mission accomplished and I am so proud of their work today. It made the prison a little bit safer," he said after leading the operation.

Fuiavailili was supported by Police Superintendents, Auapaau Logoitino Filipo and Soloi Iosefa Tuimaunei during the search of the entire prison cell blocks, which included the women’s block. 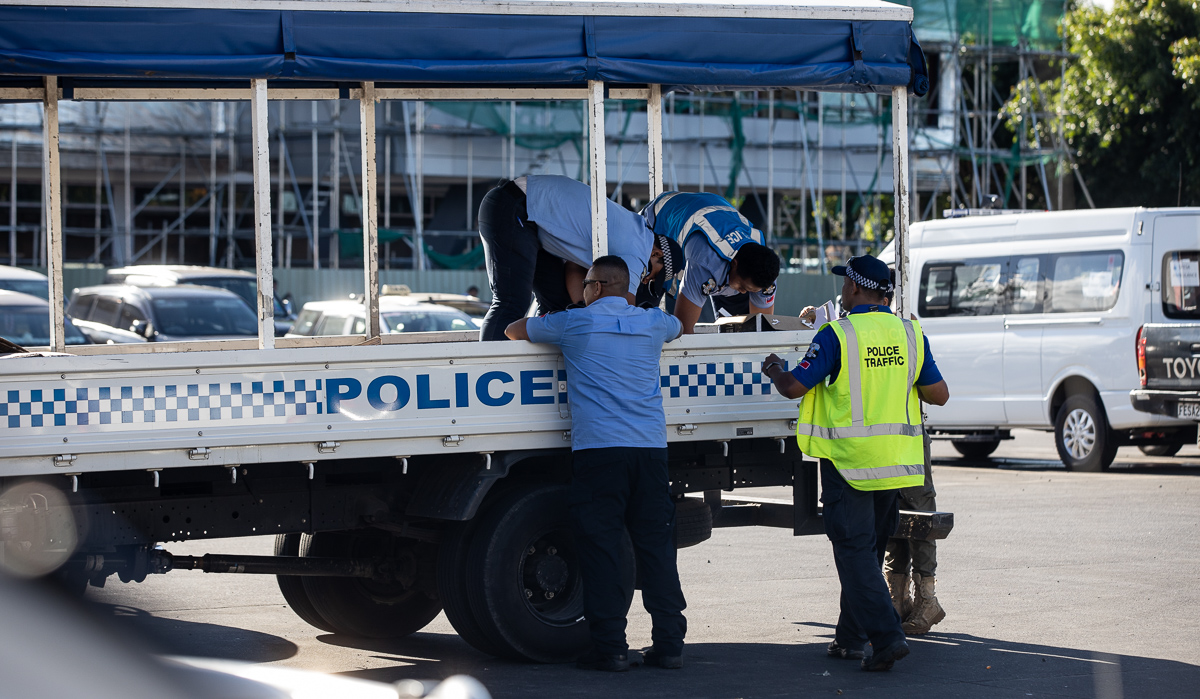 “The search was prompted following a brawl that left an inmate with a severe injury to his eye,” the Commissioner added.

On Tuesday five prisoners were taken to the hospital for treatment after they sustained cuts and stabbed wounds to their backs, faces, ears, hands and arms following a brawl in the prison, according to Fuiavailili. Four were later released and taken back to Tanumalala after their injuries were attended to. 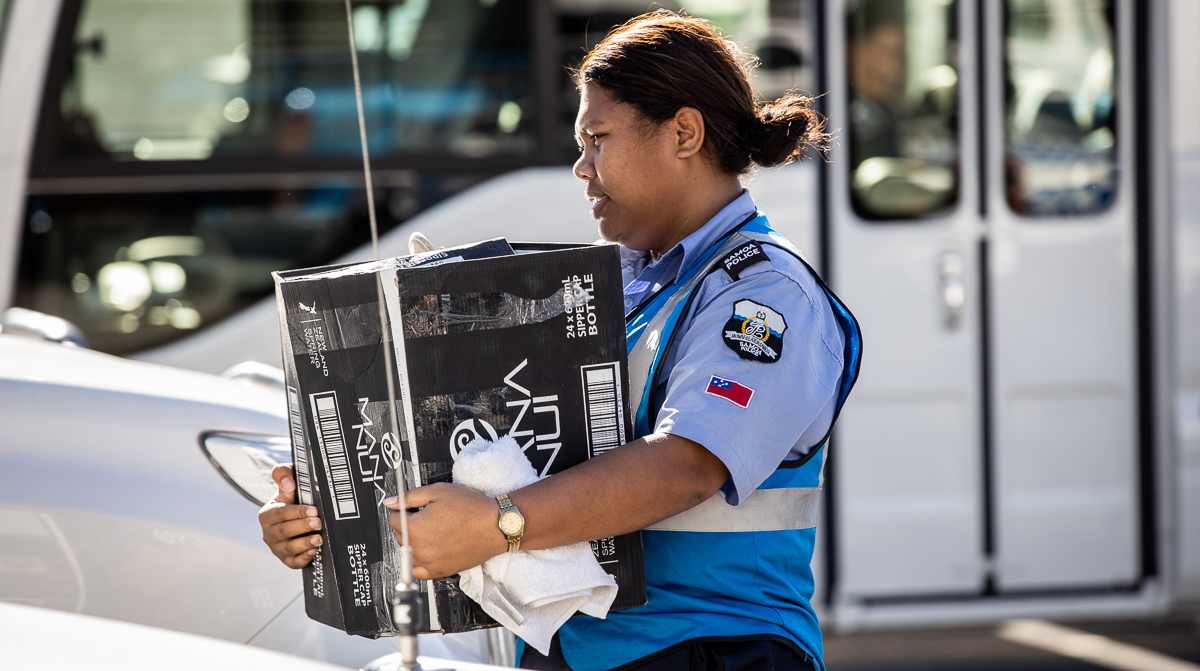 The search of the facility began early Thursday morning and concluded at around 5pm with the Commissioner indicating that cigarette rolls – which will be tested later – were amongst the illicit material discovered.

“They recovered some contraband, such as sharp objects that can be used as stabbing device and we also uncovered rolled cigarettes. It’s unclear whether they are illegal as we have not tested it but we will soon enough,” he added. 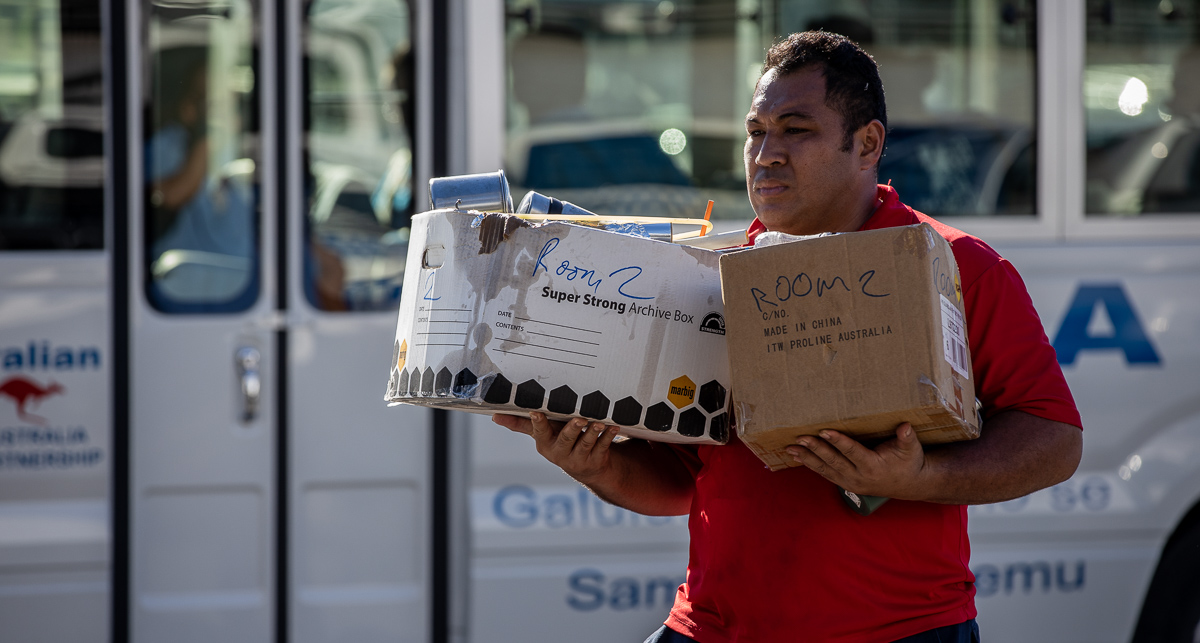 Describing their search as very methodological, Fuiavailili said they had to ensure the inmates were seated outside before the search was conducted, who then declared that while safety cannot be guaranteed the prison is now more safer than before.

“It was a very methodical process to make sure that all weapons or anything that can be used as a weapon are taken away to preserve the safety of the guards and the prisoners. “I can say it’s a little safer now at the prison after this event here and it’s not 100 percent guaranteed but it is a good start,” he said. 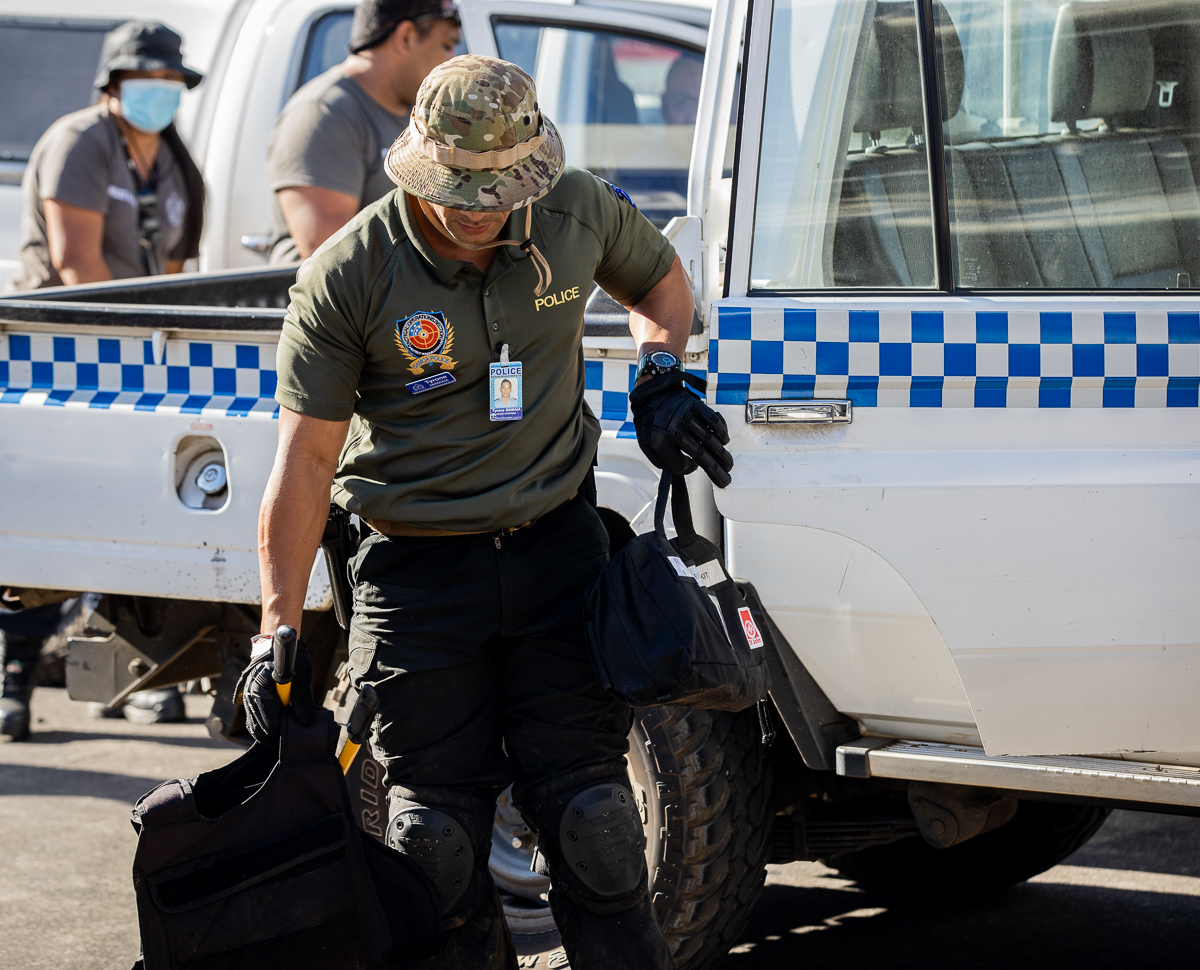 The absence of resistance by the prisoners also made the work of the Police easier, added the Commissioner, though the participating officers and guards were armed with protective gear including batons.

“We planned out this search thoroughly to make sure the officers and guards don’t get hurt and we knew that if we came in this particular fashion (armed), we knew the prisoners would not resist and it worked.”

Upon arrival at the Police station, the participating officers were observed carrying boxes filled with the confiscated items from the vehicles into the station.

The Congregational Christian Church of Samoa at Vailoa, Palauli in Savai'i has farewelled Reverend Siaosi and Perelini Leleimalefaga after 43 years of service to the church.