Samoan in China excited about end of lockdown

Empty streets of Wuhan during the lockdown (Photo: Supplied)

Things are dramatically improving in Wuhan China, the place once described as the "epicentre" of the coronavirus.

So much so the capital of Hubei province will lift its lockdown on 8 April 2020, according to Chinese state media.

This comes after two months of being in lockdown.

There are a few Samoan students studying in Wuhan. They have remained there during shutdown.

Philton Solomona, tells the Samoa Observer, they are looking forward to the end of the lockdown.

"I am extremely happy. It would be great to get back to my instruments and piano room," said Mr. Solomona.

According to Chinese state media, people in Wuhan will be permitted to leave the city if they hold a green health code which means that they have not been in contact with someone who is suspected or confirmed to have the COVID-19.

He has been stuck in Beijing since Wuhan went into lockdown in an attempt by the Chinese government to contain the spread of the disease.

He told the Samoa Observer that his classes have been done online due to schools being closed.

The problem for him is that half of his courses are practical so he hopes to get back to Wuhan as soon as possible to practice for examinations.

"Although we have been on online courses since the beginning of the semester, half of my courses are practical and performance based so it would be great to get back and practice before school examinations come around," he said.

Asked if he had any plans to return to Wuhan in the near future, he said he hopes next month but it depends entirely on further instructions from his university.

"That depends on my school. I will not be allowed back until my school notifies us to come back. Hopefully next month," he said.

He further stated that the fight against COVID-19 will not end until a vaccine is found.

He also praised China's efforts in the fight against the coronavirus.

"I don't think anyone will win the fight against COVID-19 until there is a vaccine, but I do think China and her people have proven that it is very beatable and have done a great job buying time," he said. 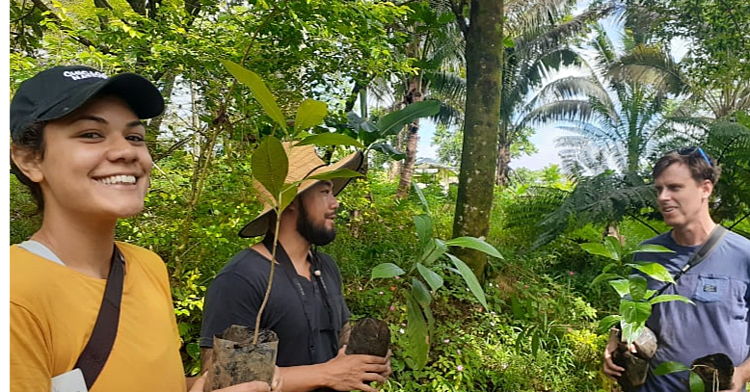