The mother of a Samoan missionary who died from malaria in Africa last week is taking solace in the fact that her son died fulfilling his life's ultimate dream: serving God.

Elder Antonio Schwenke, a 19-year-old from Vailima, passed away last Friday while serving in the Sierra Leone Freetown Mission, of which he had been a part since May 2019.

His mother, Debra Etei Schwenke, told the Samoa Observer during an interview that passing away while serving God was far better than dying while not doing the Lord's work.

“He was always passionate about so many good things and serving God through missionary has always been the top on his list,” the mother-of-seven said.

Without fighting back tears, Mrs. Schwenke proudly spoke of her son’s modest and humble lifestyle. 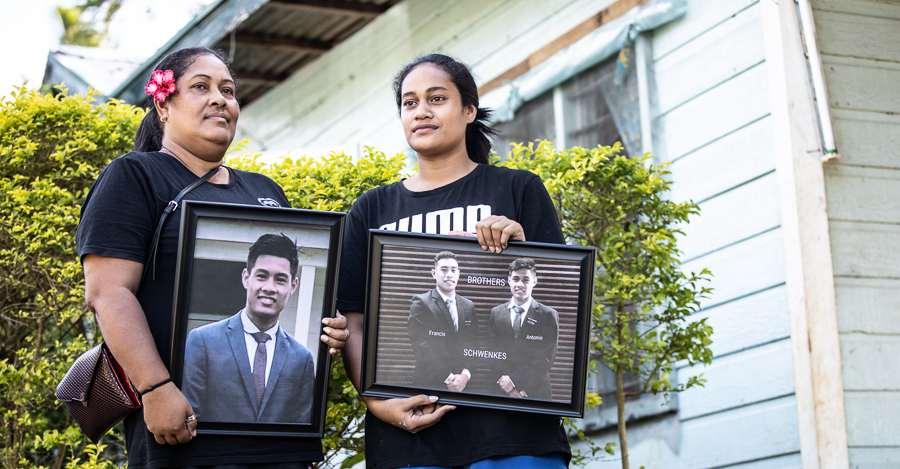 Elder Schwenke is the twin brother of Elder Francis Schwenke who shared his brother’s dream and was serving in the same region as he was.

According to the mother, they chose Avele College for their ability in sports but both had the academic ability to secure entry to the National University of Samoa.

In 2017, the deceased, in the course of a family annual discussion, revealed that his dream was to become a missionary. His brother revealed he shared the same sentiments.

After graduating in 2018 and made it to the N.U.S, the twins still pushed to become missionaries which they had a calling for in time for their enrollments.

The twins began to make school a secondary priority to their calling to serve in Africa.

The deceased was always a mother’s boy, Mrs. Schwenke recalled.

“No matter how many times I beat him up, he [was] always clingy to me and always made my heart warm and at ease,” she said.

Apart from serving in a mission, her son was also passionate about cooking which he mostly did in his hostel.

Last Wednesday, Mrs. Schwenke received a call from Elder Antonio that he had taken ill.

“Because he was so passionate about serving his mission, he very soon regained his strength and decided to serve again, which was where he collapsed from and died,” Mrs. Schwenke cried.

However, she drew the positive from the situation.

“God saw that he struggled to serve his name and died while living his dream,” she said.

Elder Antonio’s family is awaiting updates on when he will be repatriated to Samoa.