A total of 12 laser boats were part of the Pacific Games fleet. (Photo: Raema von Reiche)

Samoa’s sailing community is appealing to the Government to release boats that have been sitting in storage since the Pacific Games so they may be used to support the recently resurgent sport.

Earlier this month Eroni Leilua became the first ever Samoan sailor to qualify for the Olympics.

But Leilua made an appeal to Government agencies to help his Olympic campaign by providing access to disused Games equipment but said that his call had so far gone unanswered.

“After I successfully qualified for the Olympics, [the] Samoa Sailing Association (S.S.A.) placed a request with the Samoan Government asking if they could donate one of the boats from the Pacific Games for me to use in my preparations for Tokyo,” he told the Samoa Observer via email.

“This would be a huge contribution to my Olympic preparations, especially financially, as it is shaping up to be a very expensive campaign.”

Earlier this month Cabinet approved plans to begin releasing the equipment to local sporting associations and auctioning off surplus equipment which has been sitting in storage since July.

No timeline was given for the equipment’s release but the C.E.O. of the Ministry of Finance, Leasiosiofa'asisina Oscar Malielegaoi, said it would be completed “soon”.

A Government sub-committee, made up of the Ministry of Finance, Ministry of Education, Sports and Culture, and the Samoa Sports Facilities Authority (S.S.F.A.), is in charge of either disbursing sporting equipment to local schools and clubs or selling it at public auction.

But some sporting associations, such as the Samoa Weightlifting Federation, were granted immediate access to new mats, weights and other resources almost immediately after the Games’ conclusion to outfit a High Performance Elite Training Centre in Gym 3 in Tuanaimato which opened in October.

The Federation’s track record of producing some of Samoa’s most successful athletes was cited as the reason they were granted immediate access to the equipment.

But the Samoa Sailing Association (S.S.A) and Apia Yacht Club (A.Y.C) say they made a similar appeal to access the sailing equipment used at the 2019 Pacific Games, but said their requests were unanswered.

The S.S.A. President, Raema von Reiche, told the Samoa Observer Leilua had basically self-funded his way to the Olympics, excepting support from the A.Y.C., S.S.A, friends and relatives.

Ms. von Reiche told the Samoa Observer that they had contacted the Government about the assets but were yet to receive an answer.

“We have written several letters to the [Government], the earliest dating all the way back to straight after the Games, because we knew that the equipment would all be put in storage, until they decided what to do with it. We wanted to let them know how much we really needed the boats,” she said.

She said that sailing in Samoa had been held back by outdated equipment, the current crop of which the S.S.A. had acquired after the 2007 Pacific Games and which had grown outdated.

“Eroni needs a new boat, because he is training for the next level, the Olympics. We just simply cannot offer him our current equipment. You cannot train a top class sailor on a boat that is 12 years old, that leaks and does not sail properly,” she said.

A total of 12 new laser boats were acquired for the Pacific Games.

Ms. von Reiche said she hoped the fleet in its entirety would be used by the local sailing community and none would be auctioned off, in what she described as an opportunity to breathe new life into the sport in Samoa.

“In the correct hands these boats can be used to further develop our young sailors and provide them with world class gear and equipment to practice and race with,” she said.

“Not only will the sailors benefit from this opportunity but also the country as we will see more talent rise through the ranks and represent Samoa at world class events such as the Olympics.”

Leilua and local sailing organisations said new equipment would also enable Samoa to host international and regional regattas, which were not possible with dated equipment.

“Samoans used to be known as the navigators of the Pacific, and I have seen the art of sailing being lost. Luckily we have slowly over the last 15 years started getting kids back on the water,” the President said.

The Samoa Observer contacted the Ministry of Education, Sports and Culture and the Ministry of Finance, to ask if it could be confirmed that all the Pacific Games fleets would be released to the local sailing community and not sold but did not receive a reply.

"A decision will have to be made as to what to do with the equipment, and at present it is not S.A.S.N.O.C.'s call," a spokesman said. 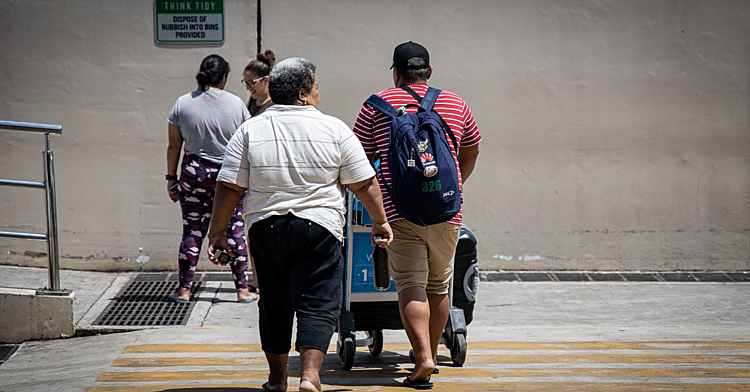