After two weeks of almost eerie calm, warnings and so much anticipation we appear to have dodged more extreme weather.

Tropical Cyclone Vicky, which had until Friday been predicted at pretty short odds to make landfall in Samoa, fortunately began moving in a southeasterly direction and away from our shores.

But in a happening that reflects what seems to be the unrelenting nature of this season’s rain, its change of course only opened the door to yet another advancing tropical depression and forecasts of more wind and hard rain.

Whether these last minute diversions will continue to us through a cyclone season in which remains to be seen.

But if the worst happens and a storm does hit, coming, as it does, on the heels of so many weeks of rain its impact would wreak incredible stress upon our sodden infrastructure.

There is evidence all around Samoa evidence that this year’s hard rain has started to make daily living more than challenging for many of us and impossible for some.

Some families, such as those at Moamoa fu, report being effectively disconnected from the outside world by a flooded ford.

This week’s editions of the Samoa Observer have carried many similar tales.

Residents at Vaipuna protested that their Village Council first made representations to the Land Transport Authority to fix their roads 19 years. Those in Fugalei said a narrow ford which became easily clogged with debris was a perennial problem and visited another of its own: torrents of floodwaters mixed with rubbish and the risk of water-borne disease.

Already the structures we depend upon to make everyday life feasible during this season seem beyond saturated.

After a decade of investment in initiatives such as the Economic Infrastructure Project or the hundreds of millions of tala in other drives to adapt our infrastructure to the increasingly rainy climate, the climate appears to be winning the race.

Needless anxiety is disruptive and pleasing to no one.

But there is perhaps a redeeming aspect to close shaves such as those we experienced this fortnight: being forced to contemplate the vicissitudes and awesome power of nature can be a productive thing.

Even in an age where computer forecasting has become a highly technical science backed by transgovernmental investment, the natural world’s supply of surprises is infinite.

But it’s also especially important at this time of year to remember that there are still things within our control when extreme weather strikes and that these can make all the difference.

Samoa’s recent history with cyclones show that the extent of their damage, most especially their human toll, is often a function of individuals’ behaviour.

The story of children who had become separated from their parents and drowned in floodwaters are among the most wrenching memories of Cyclone Evan.

Those things that we can do to help ourselves and each other in the teeth of powerful storms bear repeating at moments like these.

Everything from ensuring our homes are stocked with fresh water and non-perishable supplies to educating the smallest members of our households about what procedures to follow in the event of an emergency is advisable.

Families living next to rivers and streams should be prepared to seek safety.

And on the seas, fishermen and fishing boats should be extra watchful on rough seas.

Another extra precaution we should all be mindful to observe is making sure to boil tap water if we drink it as the risks of contamination rise significantly with heavy rainfall.

In the event of another approaching storm we should all be prepared to clear our properties’ exteriors, plan which parts of our house are the strongest to take shelter in and wait until the official all clear before venturing outside.

In the teeth of extreme weather, precautions are seldom regretted.

Australian citizens and permanent residents still in Samoa have been alerted to an opportunity to return home amidst the coronavirus (COVID-19) global pandemic. 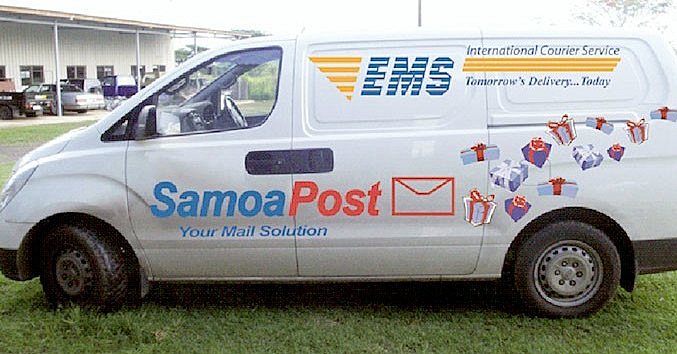