The Faleolo Hospital will be operated as a quarantine site effective immediately. (Photo: Vaitogi A. Matafeo)

The Faleolo Hospital will be operated as a quarantine site for infectious disease, as the Government steps up its health screening efforts amid growing concerns about the global spread of the coronavirus.

The dedication of the facility was was announced by the Ministry of Health (M.O.H.) in a public notice signed by the Director General of Health, Leausa Dr. Take Naseri.

The notice added that the M.O.H. will continue to monitor the global spread of the 2019 novel coronavirus.

“The public is advised to go to Leulumoega District Hospital for usual health services and for any matters relating to health,” said the public notice.

It also added that the change is only a temporary arrangement until further notice.

The Samoa Tourism Authority (S.T.A.) also released a statement saying that all travelling passengers in-flight or on arrival to Samoa are required to fill out health declarations relating to their potential exposure to the virus.

"These requirements are effective immediately starting," the S.T.A. said in a media release.

The S.T.A. also added that the most recent countries with confirmed cases of the virus published by the M.O.H are: Australia, Japan, Malaysia, Macau, Hong Kong, Singapore, South Korea, Nepal, Taiwan, Thailand, Vietnam, France and USA.

"All travellers [...] must undergo medical clearance at least three (3) days as required, prior to final route to Samoa.

"This must also be their final stop before travelling to Samoa."

The S.T.A. also added that if in the event any traveller arrives within the 14-day period, quarantine measures will require them to be returned to their port of origin if they are a nonresident.

"All sea port entries are screened at the quarantine buoy before ships dock at the wharf," the Authority said.

"All travellers departing Samoa for China and any country affected by the coronavirus, are strongly recommended to postpone their travel arrangements unless necessary.

"Preventive measures should be adhered to at all times in the event that travel cannot be postponed, and that all are to be aware of the signs and symptoms of the Coronavirus which include: fever, cough, shortness of breath and breathing difficulties.

Samoa quarantined two Samoan sailors on Sunday at the Faleolo District Hospital as a precautionary measure.

According to a media statement from the Government issued Monday tonight Samoa does not have any confirmed cases of the coronavirus.

“What is true at this point is that two Samoan sailors working abroad and returning home over the weekend are quarantined at the Faleolo Health Centre as a precautionary measure but it does not mean that they are confirmed to have contracted coronavirus,” the statement said.

The quarantined sailors arrived in Samoa on Sunday night from Nadi on flight FJ254 along with six Chinese passengers who were deported back to Fiji.

“The sailors had spent two days in China on transit to Samoa and [were detained] per [the] travel directive issued by the M.O.H. and approved by Cabinet last Friday," the statement said.

The requirement to spend a fortnight in a country free of the disease applies to all travelers originating from or transiting through mainland China.

Speaking on behalf of the M.O.H., Government Press Secretariat's Nanai Lave Tuiletufuga said the two men will be detained for 14 days. 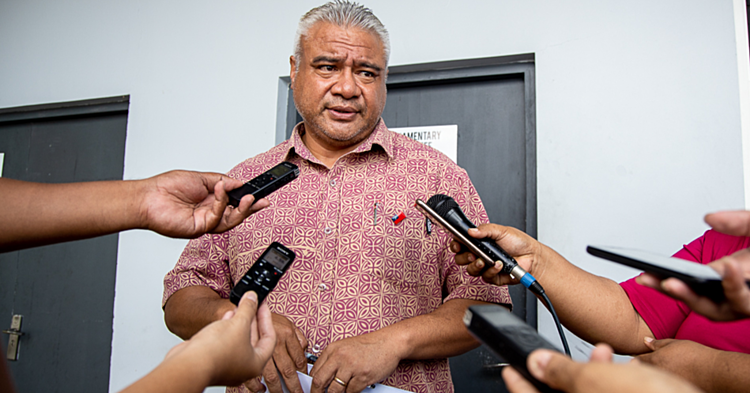 Committee to submit recommendations in December

The Special Parliamentary Committee tasked to solicit public feedback on Government-sponsored legislation to restructure the judiciary is likely to submit its recommendations to Parliament in December.