The students, who did Year 13 last year at the various colleges and secondary schools in Samoa and passed the exam requirements to undertake program, packed the university’s ND201 lecture theatre with their parents to do their enrollment.

But the move to hold the students’ enrollment at the lecture theatre, instead of the NUS Gym like in previous years, led to some parents expressing concern at the lack of room to accommodate everyone.

A parent of a student, Tausili Faamanatu, said they spent the morning at the venue to complete the process and did not make progress.

“We’ve been here since morning, and still no progress. Registration just started a few minutes ago,” she said, in an interview with the Samoa Observer.

The mother added that the lecture theatre is not suitable for a large activity such as student enrollment.

“I am always the one to enroll my children for Foundation level and it’s usually at the NUS Gym. The gym may be hot but it's better since there are lots of chairs to cater for everyone unlike here,” she said.

There were long queues of students waiting their turn to get enrolled when this newspaper called in to the university to observe the process.

A student, who did not want to be identified, said they went to the university early in the morning to avoid the long queue, and two hours later they were still waiting to be processed.

“I came here around 7am and the registration started at 9:10am, we’ve been standing all morning because there are not enough chairs for everyone,” she said. “It’s pretty full, a lot of students have gone back home because they have nowhere to sit and wait for their turn. Some will be coming back tomorrow.”

The large turnout, on the first day of enrollment for the Foundation Studies Program, surprised the student and her friends as they did not expect a big turnout on the first day.

“We (with her friends) did not expect this much turn-up because it was only foundation student who are enrolling today. But like the saying goes ‘expect the unexpected’,” she said, while laughing.

While their last year in college ended on a sombre note with the measles epidemic and the subsequent deaths of 83 people, the NUS Foundation students said they were looking forward to what the year will bring. 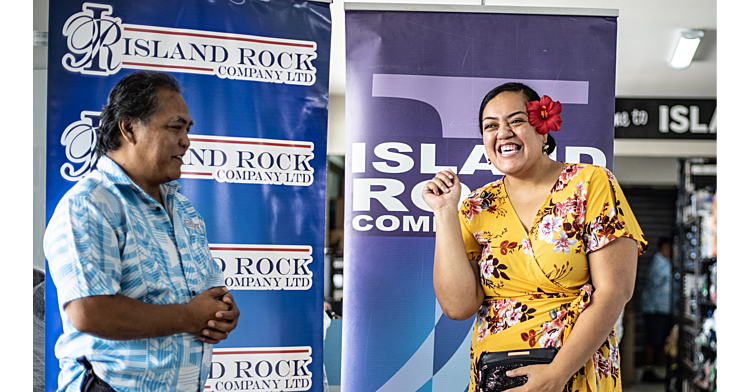 A woman, who just moved to Samoa four months ago, is the winner of a $3,000 tala new air-conditioning unit thanks to a promotion run by local company, Island Rock Limited.