The change is highlighted in the Public Finance Management Amendment Act 2019 tabled for its second reading in Parliament on Monday.

He emphasised in the absence of the President, his or her representative must be at a managerial level during Board discussions.

Currently the Board is Chaired by the Chief Executive Officer of the Ministry of Finance.

Other members include the Attorney General, the C.E.O. for Revenue and C.E.O. for the Ministry of Commerce Industry and Labour.

Sili said the change will strengthen the partnership between Government Ministries and the Chamber of Commerce.

“The inclusion of the President of Chamber is to strengthen the partnership between Government and businesses especially looking into the future to the 2040 Strategy,” he said.

But this drew a reaction from the M.P. for Vaimauga Sasa’e, Sulamanaia Tauiliili Tanuvasa. He questioned why smaller businesses like store owners in rural villages who are operating pork pun businesses, ice pops and ice cakes are not included.

He also raised concerns that bringing in the big businesses in the forum will mean they will dominate decisions making while smaller business owners are not given a voice.

“I personally believe that it would be good not to bring them in because they are the ones that are always challenging Government decisions and complaining,” he added.

In response, Sili said the smaller businesses are also part of the Chamber of Commerce.

Furthermore, he said there is also the Small Business Enterprise Centre and the Development Bank of Samoa who are providing financial assistance for the small businesses.

“We have to include businesses in discussion so they can also reveal the challenges they are going through and new ways that may assist them in developments,” said the Minister.

“It is crucial to talk to the private sector for an enabling environment. We can’t dictate [issues] we have to work together and that is the vision from the Government is to work together with businesses.”

He pointed out that at the Pacific Island Leaders forum in Tuvalu last year there was a side event where the private sector from the Pacific were invited to share their thoughts and ideas on developments.

Tuilaepa said the meeting was important because a lot of Pacific islands do not exercise such a practice that includes private sector in discussions.

He said many governments make decisions that affect businesses without consulting them.

The new amendment, said Tuilaepa, will change that and will give businesses a chance on the National Revenue Board. 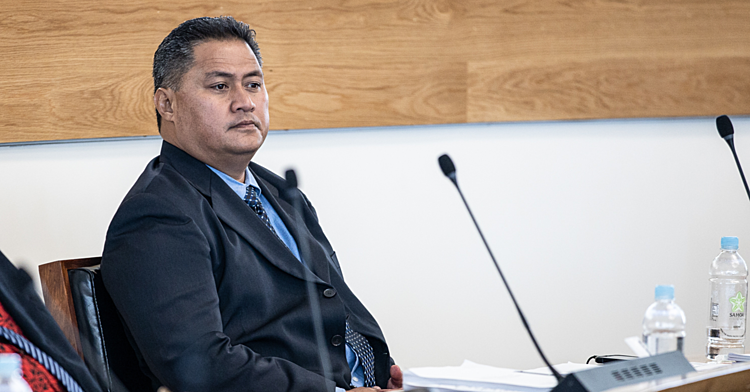 The Land Transport Authority (L.T.A.) has begun the procurement process to engage a contractor to work on Vaipuna’s flood-prone road.