A report outlining the funds and assistance received during the measles epidemic has been submitted to Cabinet, the Minister of Health, Faimalotoa Kika Stowers, has confirmed.

The report's submission was revealed when the Member of Parliament for the Anoamaa Sisifo constituency, Fonotoe Pierre Meredith, queried the progress of the report during Thursday's sitting of Parliament.

"As mentioned before in the previous days, [I ask] if the Ministry has any plans of tabling a report outlining the works done during the measles epidemic," he said.

"It's not anything new, it's usually done when there is a natural disaster, to include everything that was done, and assistance that were brought into Samoa, as well as vaccines that our partners overseas sent to assist us, as well as the Emergency Response Teams that flew in.

"[The report will ensure] that there may be records of this occurrence in the possession of Parliament." 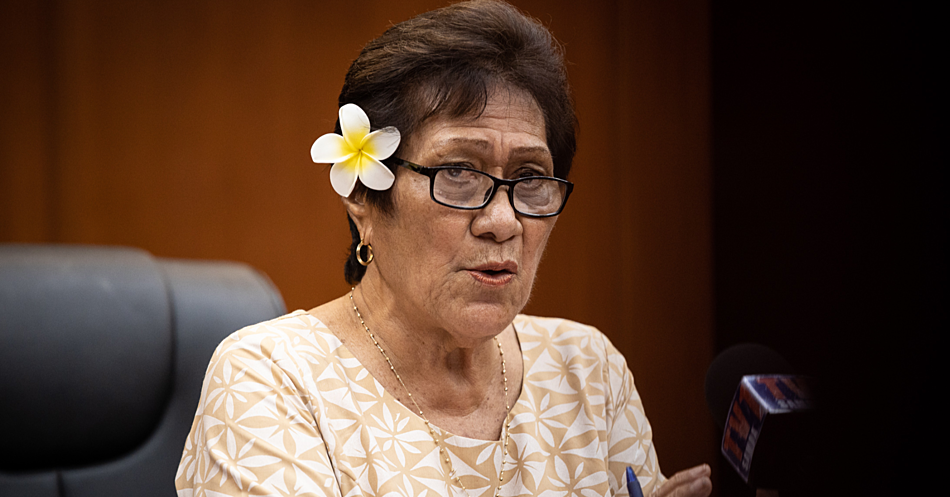 In response, Faimalotoa said the report was tabled in Cabinet on Wednesday, and that she was awaiting a response from Cabinet and Treasury.

"Everything that we received, plus assistance that were used in the different hospitals, I have personally ensured that all hospitals all have fair amounts of supplies, beds and fittings across Upolu and Savaii," she said.

"There is a long list I am sitting with, it will take a long time for me to list them out, but we have already submitted the report to Cabinet."

The Prime Minister, Tuilaepa Sailele Malielegaoi, also took to the floor of Parliament to confirm he had seen the report submitted to Cabinet and the money collected in donations during the course of the epidemic.

"[The] report is in Cabinet and we will go through it before it comes in here (Parliament)," he said.

Earlier this month, a total fundraising figure of $706,506  was confirmed by the Chairman of the National Emergency Operation Centre (N.E.O.C.), Ulu Bismarck Crawley. That sum was up to date before the State of Emergency was extended on 16th December.

The Minister of Health, Faimalotoa, said the measles epidemic had provided many lessons and that responsibility for its causes were shared by all M.P.s.

"Other Members [of Parliament] have spoken that past occurrences are useful, for us to learn," she said.

"We will not look back, as our aim now is to leave the debates, but together look towards what you all have pushed for me to do, so that this does not happen ever again to Samoa in the future.

"As you can see, there are a lot of plans, but the implementation needs to be done."

The Minister then reiterated on a point she made the day before, saying "What had happened, is everyone's responsibility."

Faimalotoa said that unless resources were increased, the standard of healthcare could not improve, including, personnel, doctors, nurses, equipment, tools, and vehicles.