Samoan students studying in China including a group of at least nine in Wuhan city are living in a climate of uncertainty, as the Chinese government curtails freedom of movement in the city to contain the rapid spread of the lethal coronavirus.

Wuhan is the epicentre for the virus already suspected to have spread to six countries including South Korea, Thailand and the United States and which is prompting local officials to engage in massive containment efforts.

The disease, which can be spread by coughing, sneezing and touching an infected person's hands or face, claimed eight lives by Wednesday to bring its total death toll to 17.

One student in Wuhan, who spoke on the condition of anonymity due to a prohibition on speaking to the media, said that six of nine Samoan students studying in Wuhan remained in the city during a university holiday.

While the students feel safe, an atmosphere of uncertainty prevailed in their dormitories, the student said.

"At [...]  5pm China time they will have the Air Force spray disinfectant over Wuhan.

"We are unsure how long quarantine will be in effect, but we are all safe.

"We are fortunate enough that virus spreading is mainly on the other side of the city for us but extra measures have been taken by our universities to have all students living in dormitories checked for any symptoms."

Samoan officials at the Foreign Ministry reported on Thursday there were ten students in the city, four of whom had left during university holidays.

Local officials in Wuhan, a city of 11 million people, have announced a complete travel ban and temporarily shut public transport. Members of the public are regularly being screened by teams of mobile health officials.

The measures are said to be unprecedented in the history of Chinese public health policy.

Another Samoan studying in China told the Samoa Observer that he was going to "stock up on dry and canned food and stay indoors."

The local Samoan Embassy has told students not to speak to any media from Samoa to avoid spreading "misinformation", he said. The student said there was considerable worry among international students in China about the virus, which has so far infected more than 550 people.

Some students who had planned to visit other cities within China during a forthcoming two-week break from their studies for Chinese New Year, say they are preparing to cancel their plans.

A Ministry of Foreign Affairs and Trade (M.F.A.T.) statement released late on Thursday confirmed that they remained in close contact with students in Wuhan.

"The Samoa Embassy continues to monitor the situation of the students and are considering relocation to Beijing when the travel ban is lifted. The Samoa Embassy is also maintaining contact with the Ministry for updates on the students’ situation," the Ambassador said in a statement posted online.

"All students are well advised to observe precautionary measures such as using face masks, keeping away from crowded areas, and restricting movements out of their university compounds to necessity."

The Ministry is also seeking advice from the China Scholarship Council in the event of an escalation of conditions as the January 25 start of the Chinese New Year holiday approaches.

Wuhan is the largest transportation hub in central China and the shutdown is causing major logistical difficulties across broader China.

Tapusalaia has recommended tightening Samoa's border security for passengers coming in from China and Asia.

"[We must be] monitoring this deadly virus outbreak concerns increase especially with the Chinese[New Year] holidays about to start," he wrote on Facebook.

"Border quarantine for passengers from China [and] Asia to Samoa [especially] via Nadi is essential. Stay safe."

The overseas scholars' parents have been pleading for their children to remain safe amidst the epidemic.

On Wednesday night, one mother took to Facebook saying: "Please Samoa let's all stand together in prayers for the safety of our children and families in China. Thank you your Excellency Tapu Terry Toomata for the update. Please keep us posted."

Currently, there are more than 50 scholars studying at Chinese tertiary institutions. 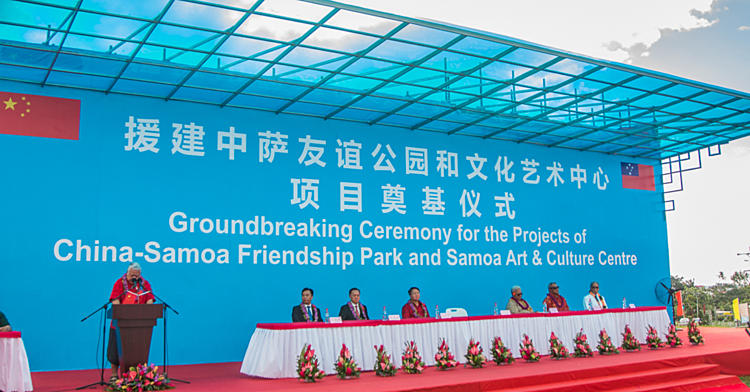