Plans should be evidence based: agritourism research underway

Professor Stephen Pratt, the Head of Tourism and Hospitality Management at the University of the South Pacific in Fiji and Dr. Alminda Fernandez, U.S.P lecturer in crops and food technology. (Photo: Vaitogi Asuisui Matafeo)
Education

Food and agriculture tourism needs to let visitors get their hands dirty and “live like a local,” University of the South Pacific researchers say on the outset of the first study into Samoa’s agritourism potential.

This month, Professor Stephen Pratt, the Head of Tourism and Hospitality Management at the University of the South Pacific in Fiji and Dr. Alminda Fernandez, U.S.P lecturer in crops and food technology are beginning their study into the demand and supply, and potential for agriculture tourism in Samoa.

Professor Pratt said he hopes to help Samoa progress its tourism industry with ideas that are proven to work and help farmers develop in ways that will be successful with tourists.

“We want them to make evidence based decisions, decision based on robust research so they have the justification and can use it going forward,” he said.

Dr. Fernandez said while other countries in the region have been studied for their agritourism potential there has not been any research done for Samoa before. The team hope to canvass farmers for their desire and capacity to develop as tourist operators, tourists themselves for their ideas and industry operators too.

“We are now in the experience economy, we have moved away from looking out of the tour bus,” Professor Pratt said.

“Tourists want to get in there, get dirty, see how it happens, live like a local and take a peek behind the curtain of what goes on.”

Samoa’s strong agricultural background and preponderance of plantations could be leveraged more, he said.

He said the region has seen specific types of farms succeed with tourism like cacao and vanilla in Vanuatu, and kava and nonu in Fiji.

In her homeland of the Philippines, Dr. Fernandez said agriculture tourism is some of the most popular attractions on offer. Some farmers make more money from tourists than selling their wares at the market.

In Davao, Eden Nature Park boasts 1000 hectares of lush tropical garden tours and buffet meals straight from the farm. Last year the country was recognised as a ‘top agritourism’ destination.

She said agritourism can be anything from increasing local fruit, vegetables and herbs in the dining sector to having tourists actually engage in the farms themselves. From beach fale guests learning to cook with an umu to making taro chips to take home, the possibilities are many. 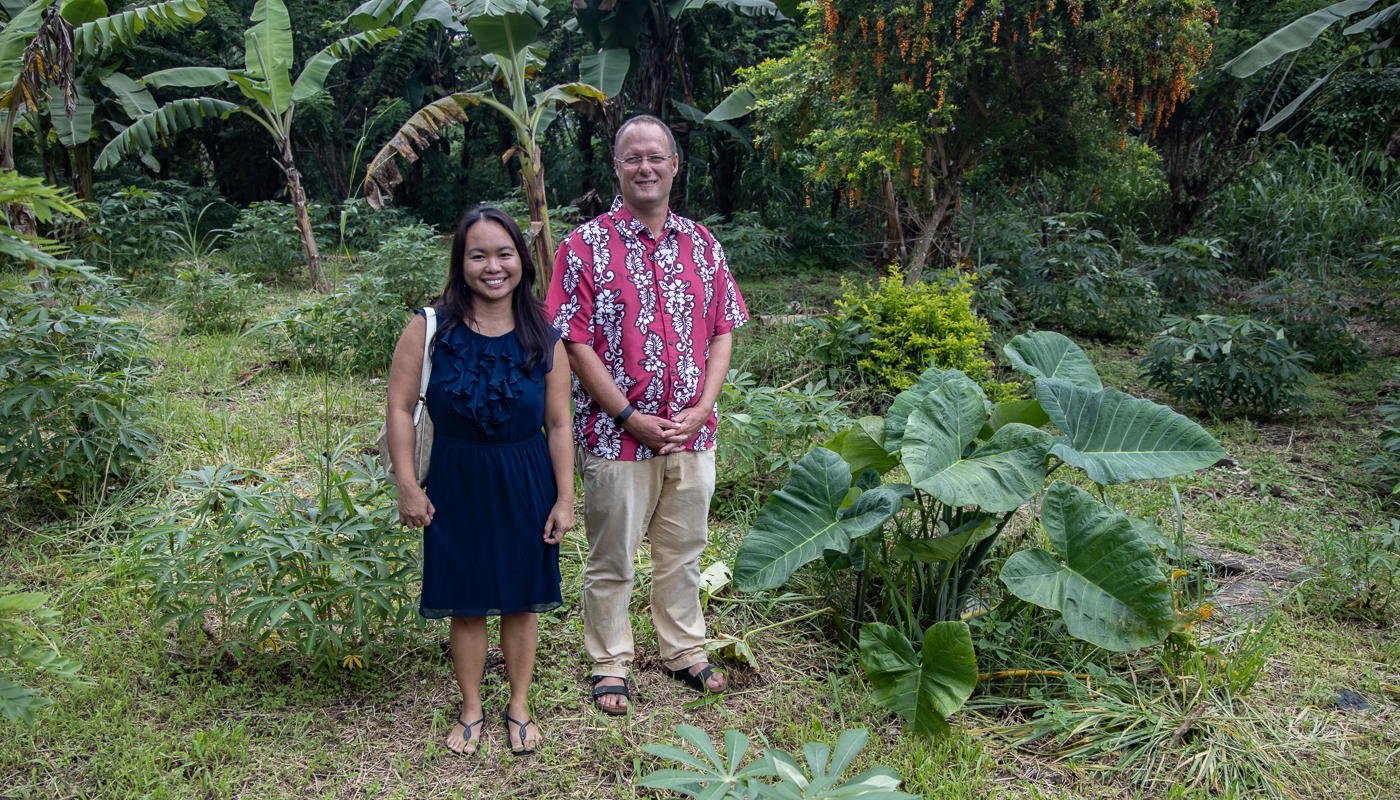 “It’s about getting tourists to do stuff,” Professor Pratt said.

In previous research on the sector in Fiji, the Professor and his colleagues found tourists by and large want to participate in agriculture in a “working farm,” rather than just looking at a plantation or garden.

“Their preference would be to get amongst it, pick their own and eat or do some preparation of what they pick.”

The research also found around half of tourists they surveyed wanted to be able to stay one or two nights at a farm or plantation. The cultural aspects on offer were valuable too.

The research will culminate in an academic paper and a more “industry-friendly” paper for the stakeholders in Samoa, which should be finished around July.

The team plan to incorporate what was discussed and planned at the December 2016 Agritourism Policy Setting Forum that Samoa hosted, where stakeholders and Government were invited to discuss how the sector could be shaped to Samoa’s advantage.

Some of the ideas born at that forum are only just taking shape nearly four years later.

“We are keen to check where those projects and plans are at, and check where obstacles and barriers have been, where particular organisations or laws are stopping some of those ideas from going forward,” Professor Pratt said.

“We have been planning it for some time now but we have not yet made it work. So this forum is the first act by the Samoan Government to start making these plans reality,” Sala said.

It was then the sector learned of Government’s plans to build a large ‘agritourism park’ in Atele, which after its announcement in 2017 was called “ill advised” by the late Seumanatafa Dr. Malcom Hazelman, an agriculture consultant.

In November 2018, Minister of Agriculture told the Samoa Observer he hoped the park would be open in 2019, but that did not materialise.

The Samoa and Tokelau Association of Recyclers (S.T.A.R.) was officially launched on Thursday with its core objective being the reduction of waste and creating a greener future for both countries.