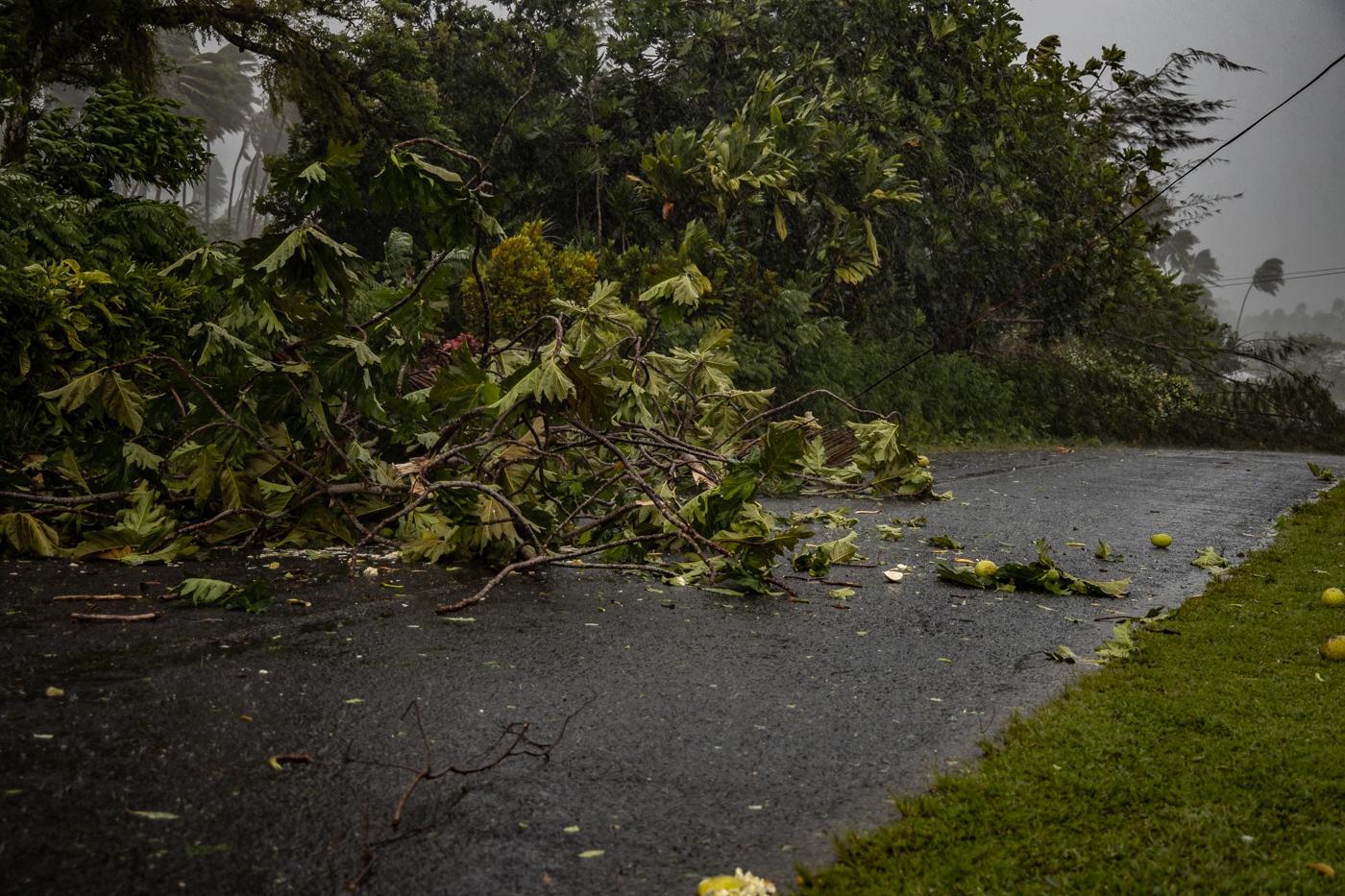 The Samoa Observer was at the scene when a falling tree not only blocked the road, but also brought down the power line in the village of Vaovai, Falealili.

The roadblock led to cars driving through some of Vaovai residents' properties, in order to get to the other side of the road, as there were fears they could be electrocuted by the power line.

Other villages of Poutasi and Saleilua also suffered the same fate with trees blown down to  the road with some still hanging on the power line. 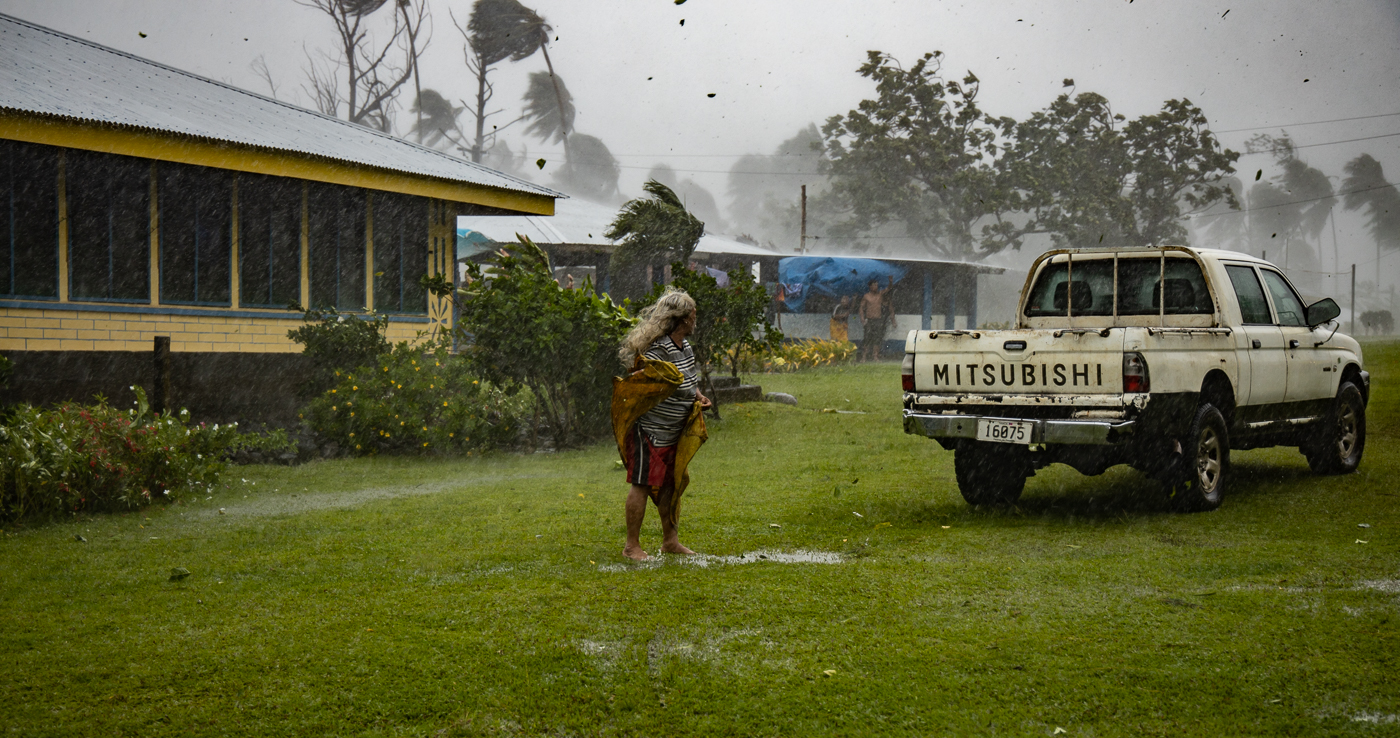 A family from Saleilua, who just buried one of their family members, had to work in the rain to get tarpaulins around the house to protect it from the rain and winds. 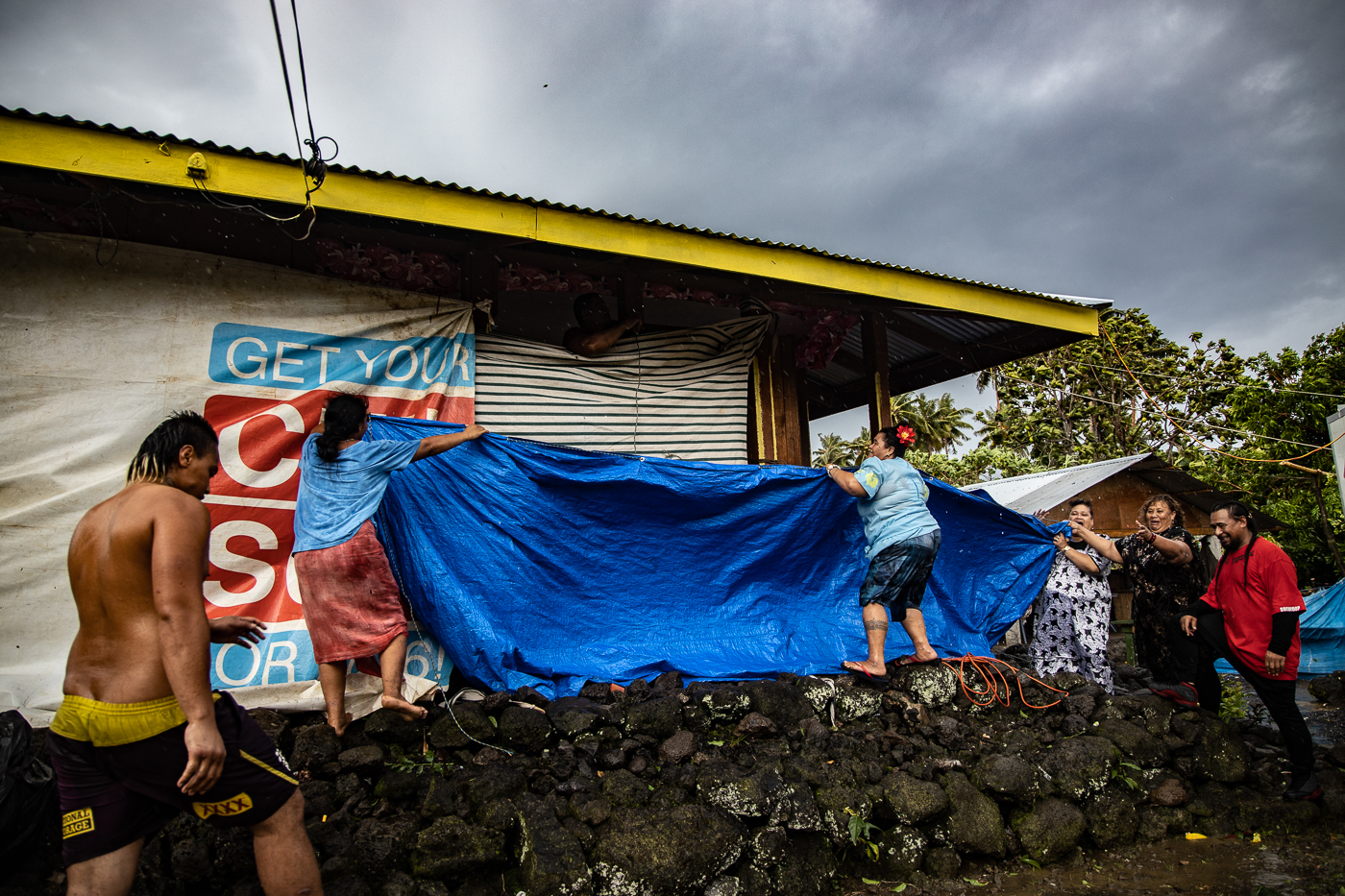 A family member, New Zealand-based, Olive Siaea, who traveled to Samoa for his uncle's funeral, was shocked with the heavy rain and strong winds. 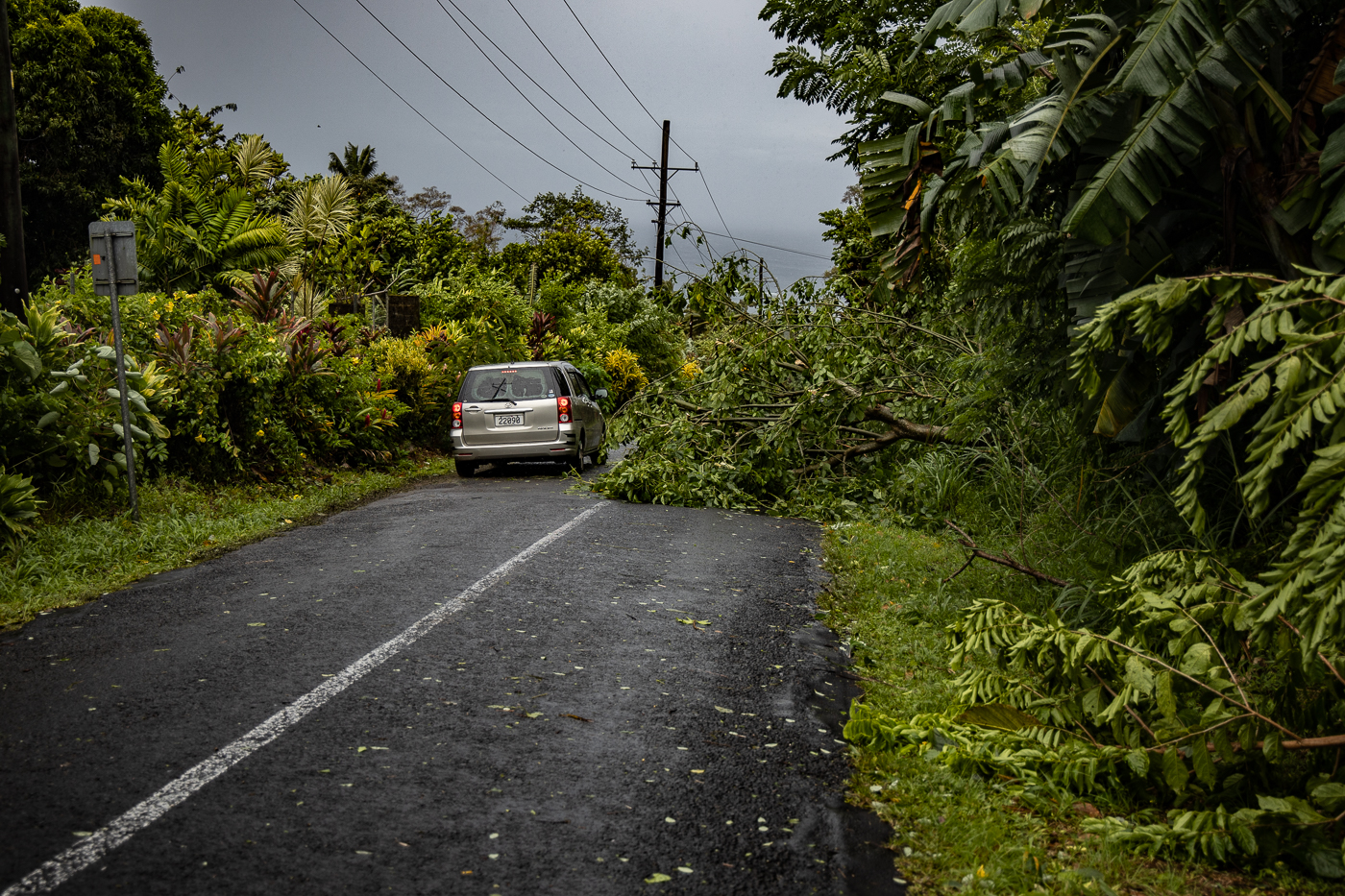 "We just finished a funeral about an hour and out of nowhere the heavy rainfall came together with the strong winds but because our family's house is built openly the rain can easily get inside," he said. 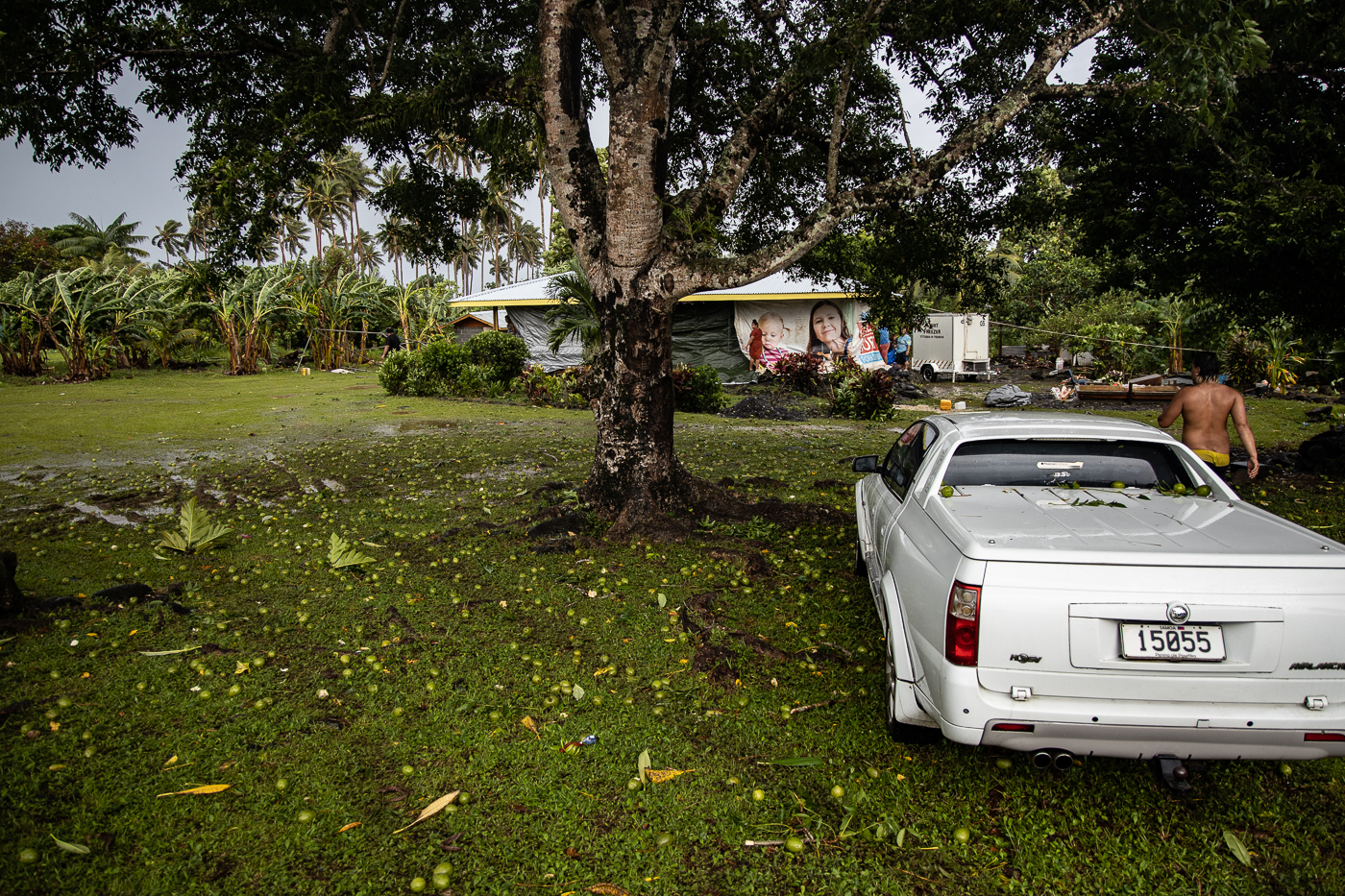 Mr. Siaea added that family members were concerned about the impact of the heavy rain and strong winds on their home. 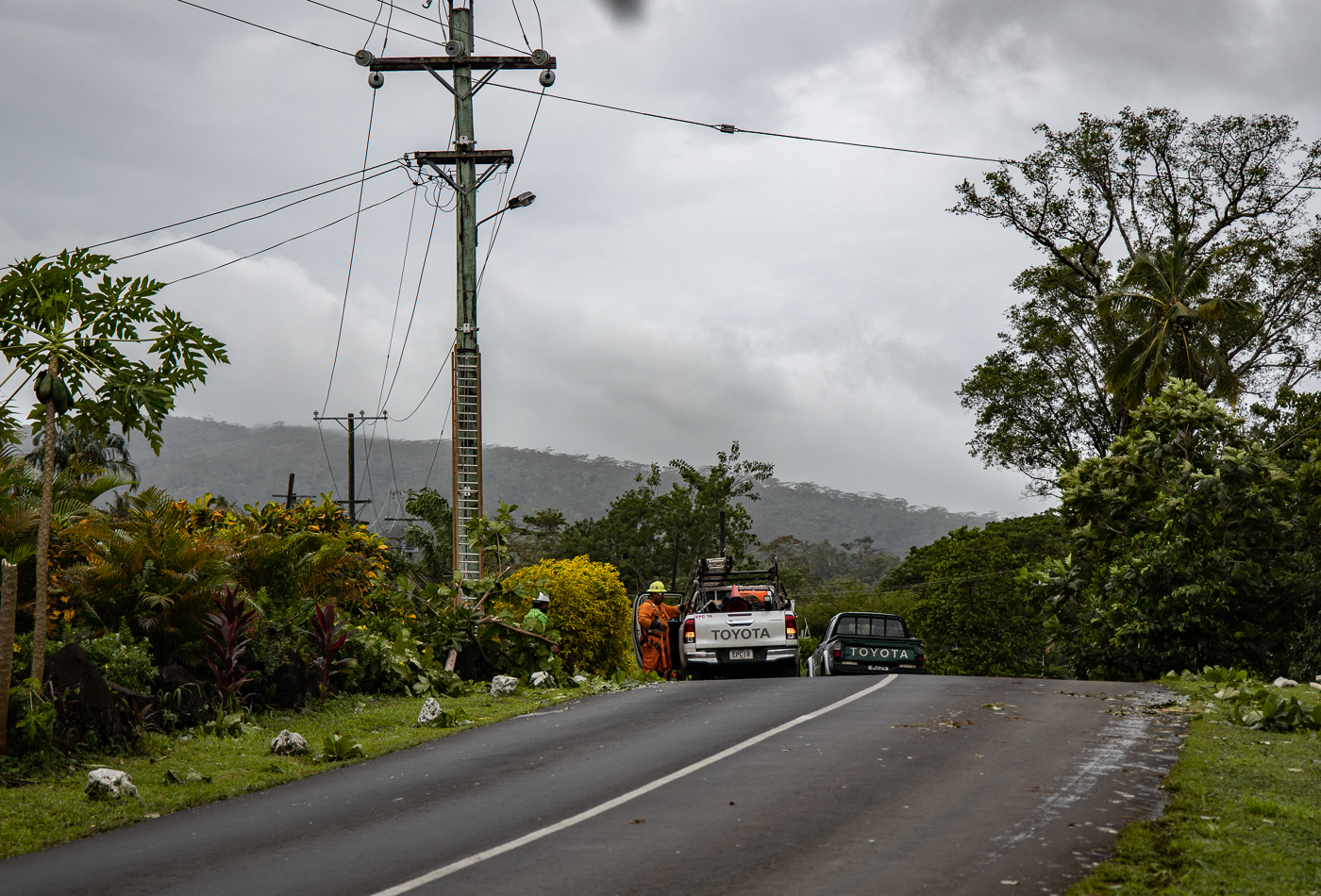 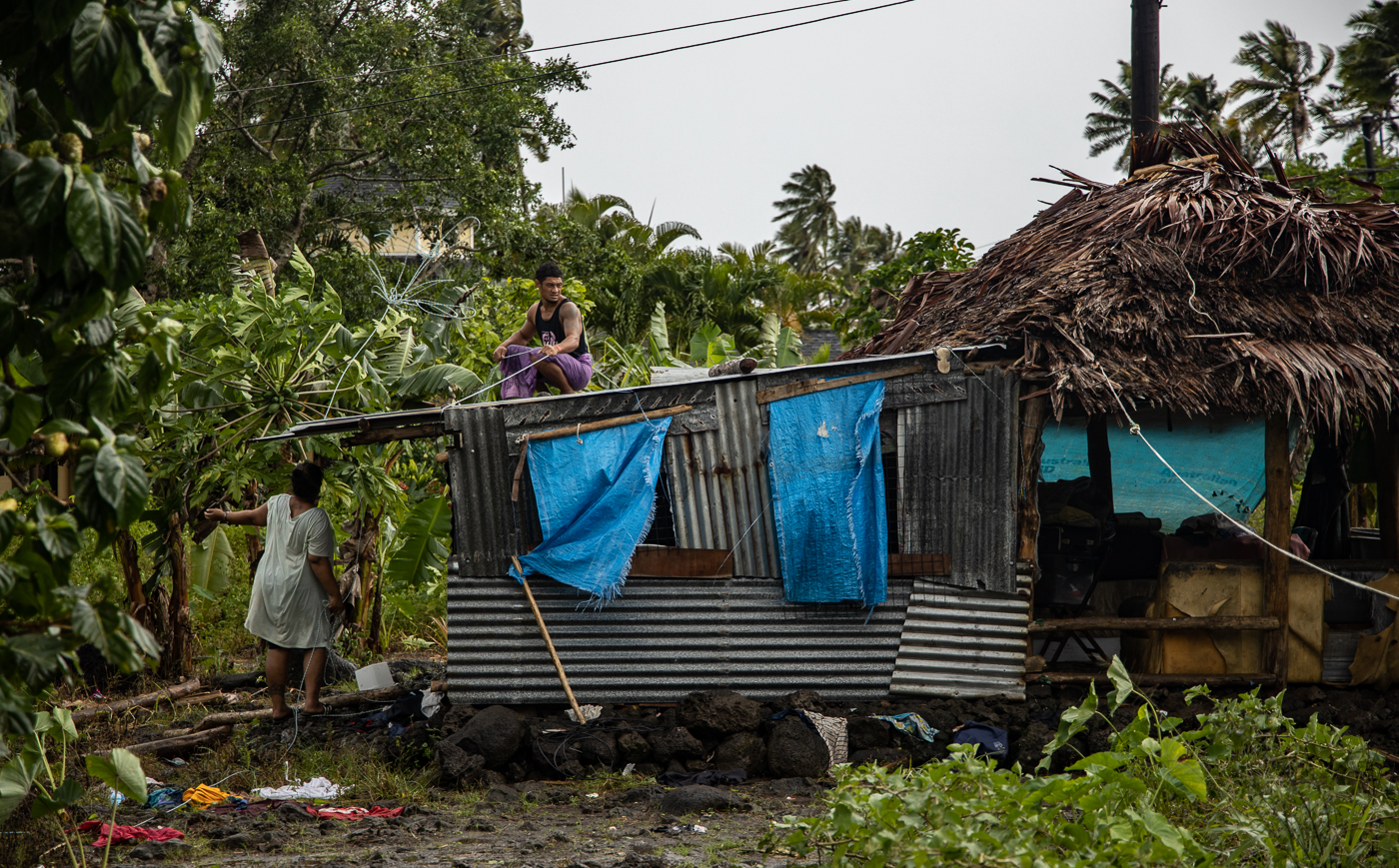 The notice added that the cyclone was moving southeast at the speed of 18 knots towards the Tongan region.

“For Samoa: Windy and wet weather conditions will continue to persist over the island for the rest of today,” stated the Samoa MET. Services. 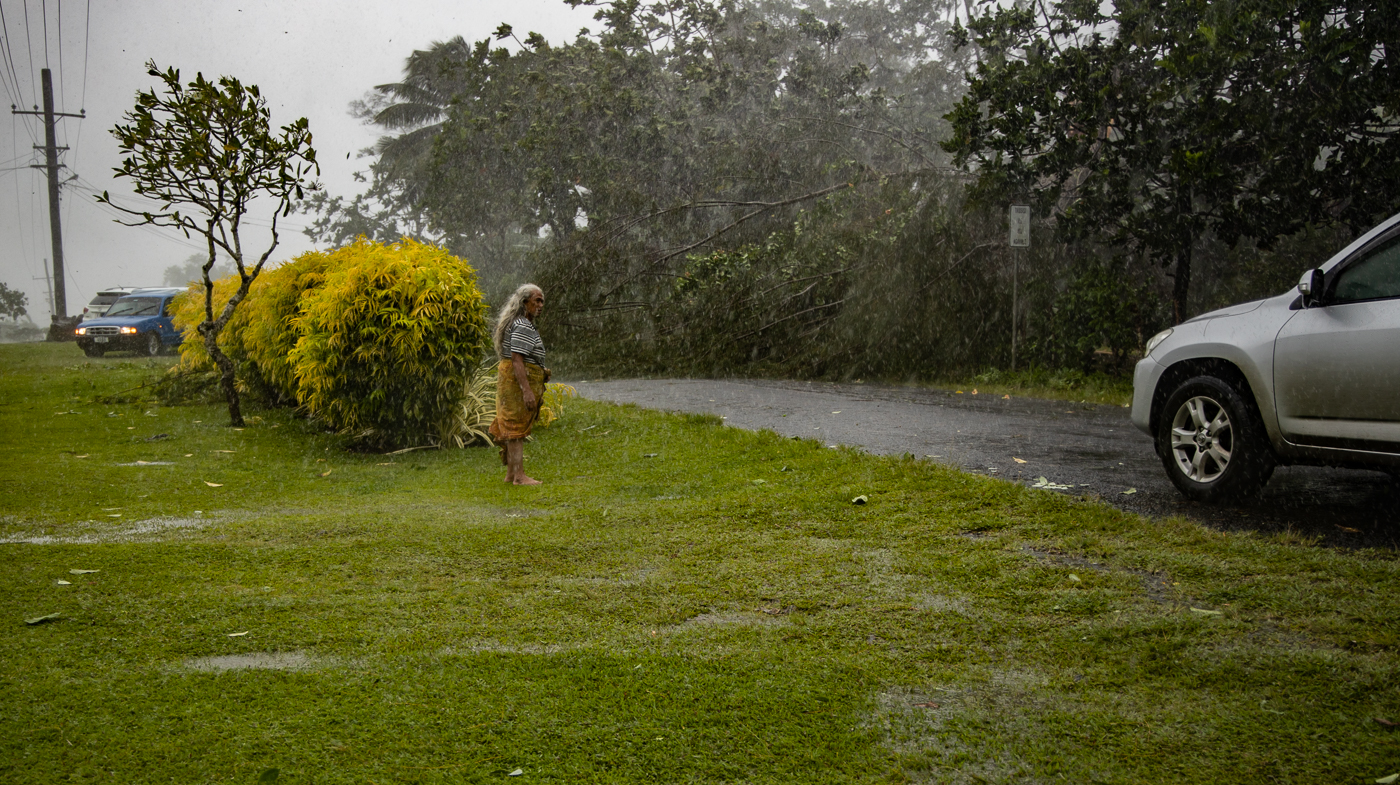 The impact include heavy downpours with poor visibility, strong and gusty winds with flying objects, foggy and slippery roads over mountain passes and ranges. 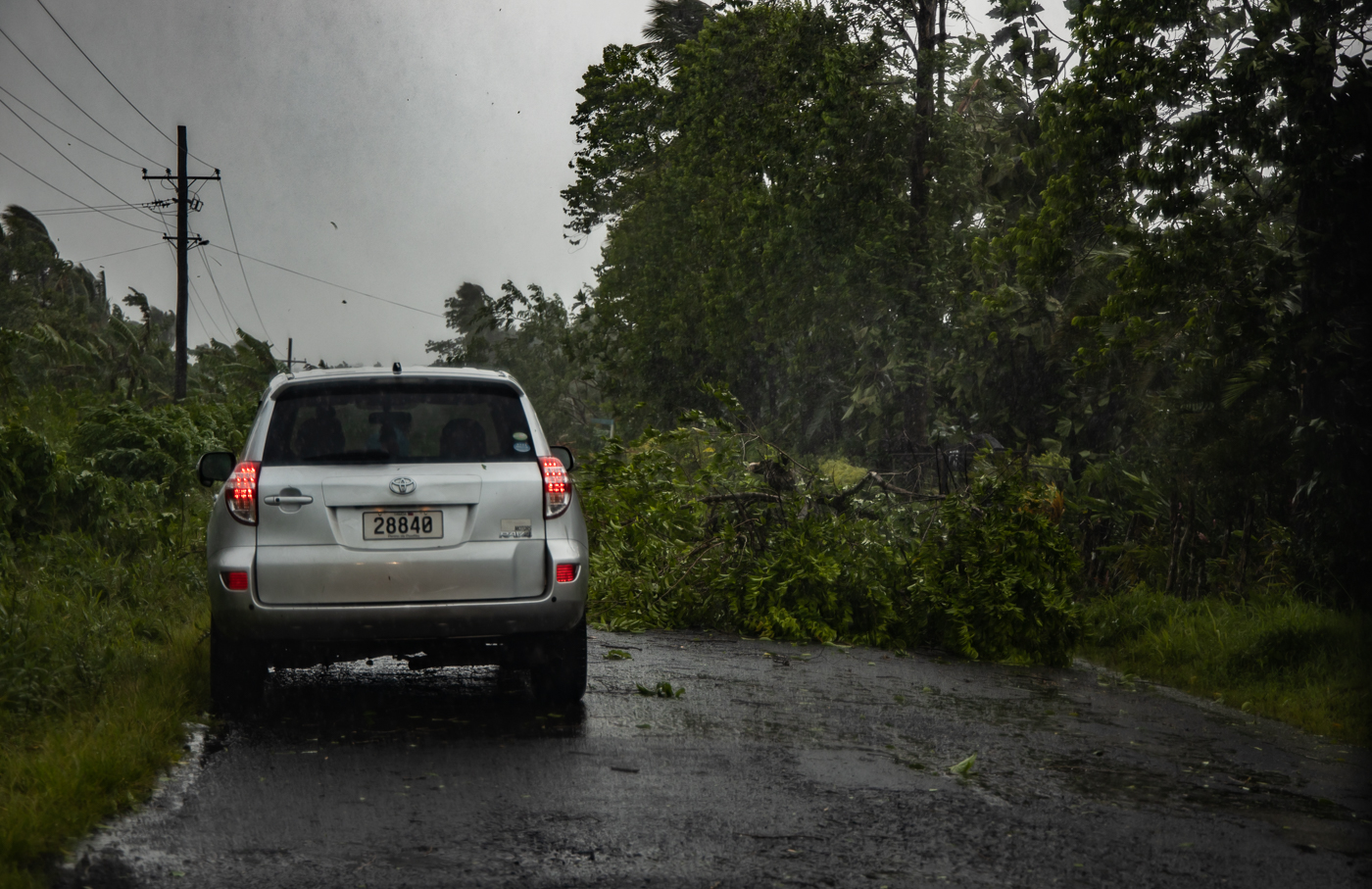 There was also forecast of strong river outflow and landslides, pooling near roadsides and waterways and strong currents as well as rough seas.

Power supply was also disrupted around some parts of Upolu island, especially the west coast, due to the weather condition.

The Samoa Electric Power Corporation (E.P.C.) apologised to members of the public for the inconvenience in a post on their Facebook page. 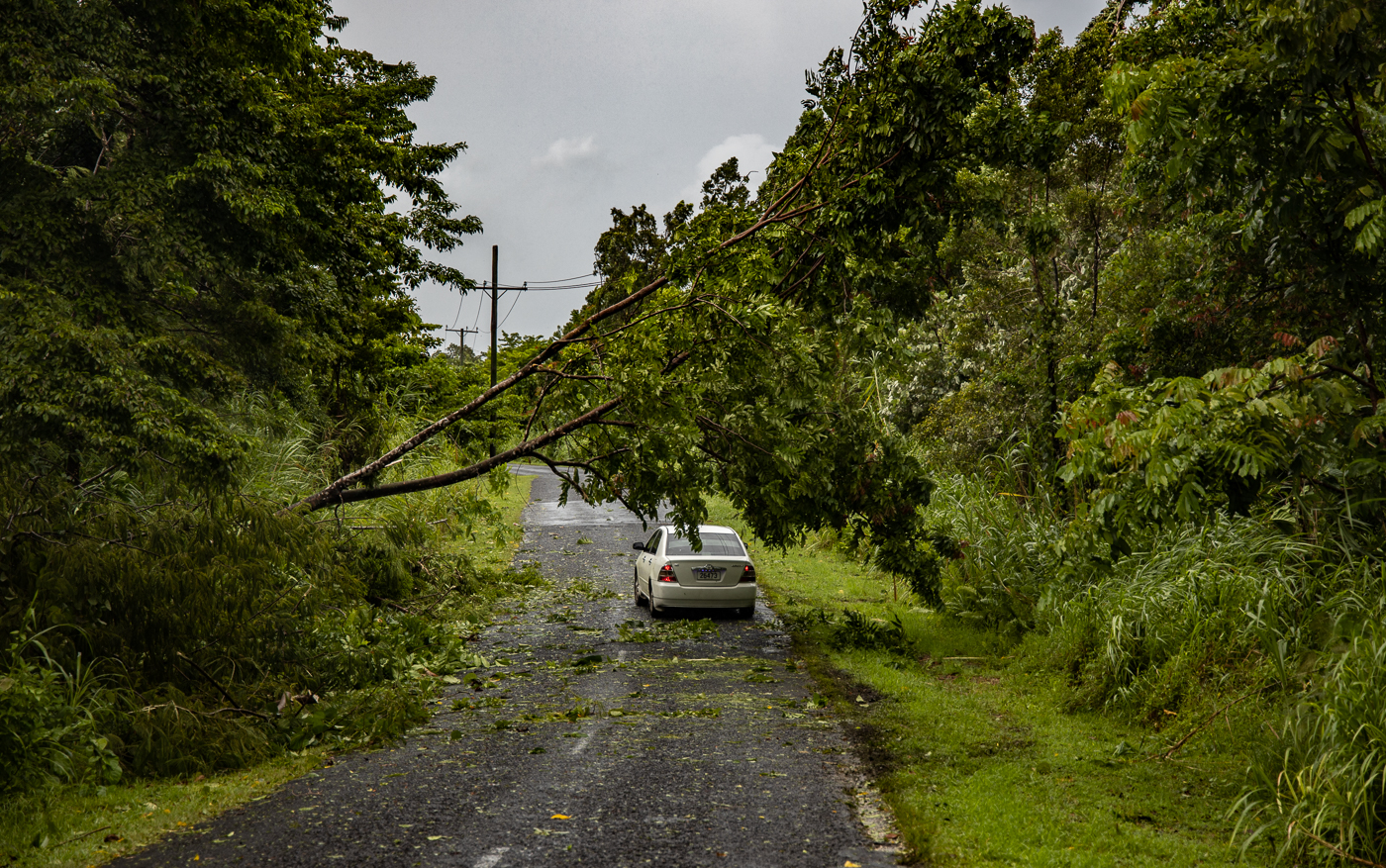 “Power will be restored to affected areas as soon as it’s safe for our distribution teams.

“E.P.C. staffs are working round the clock to assist families and restore power to all affected areas.

“Restoration works continue for other areas. Major works include clearance of fallen trees and tree branches that have affected our high voltage lines.” 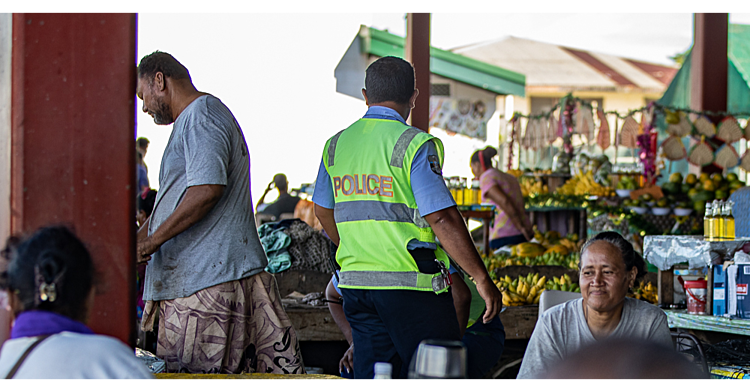 No arrests yet over S.O.E. orders

Three days away from when the first S.O.E. will be reviewed and a decision made on its continuation, Police Commissioner, Fuiavailiili Egon Keil, said despite some challenges, so far so good. 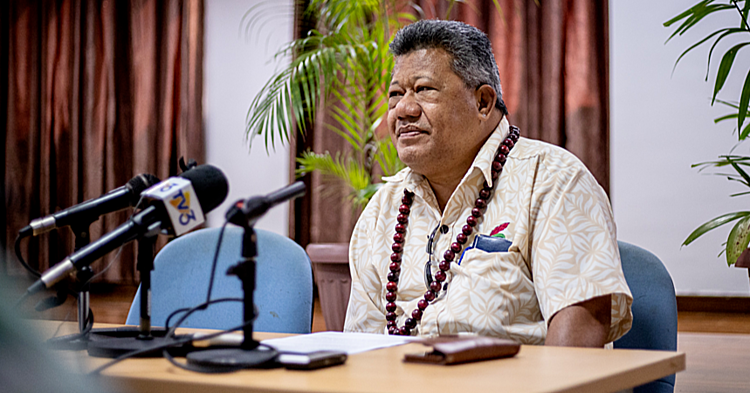