The opening of bids to demolish the old Court House appears to have sealed the fate of Samoa's oldest public building, despite a long-running campaign to save it.

The Samoa International Finance Authority (S.I.F.A.) advertised a Request for Quotation for demolition and clearing services in this week's edition of the state-owned Savali newspaper.

Despite the clear statement of intentions, the Executive Chair of the Samoa Tofia Mai le Atua (S.T.M.A. Inc.) non-profit, Taloto Obed Unasa, remains adamant that the Government cannot and should not demolish the historic building.

The not-for-profit organisation have spearheaded a campaign to save the old Court House on Beach Road, insisting it can be saved.

But the Government does not seem convinced.

The S.I.F.A. advertisement for contractors states that the final deadline for demolition companies to bid on the contract is fewer than ten days away: January 27.

The 118-year-old structure is believed to be the oldest building in the country and it dates back to Samoa's German colonial administration.

Taloto claims that the Government's haste suggests it does not have regard for Samoan heritage. 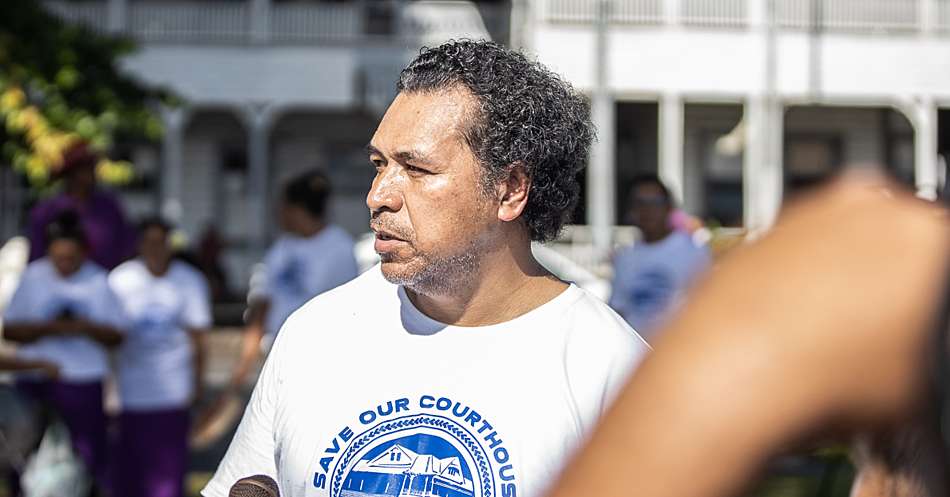 "[It doesn't] care about the history of our people. The Government keeps saying it's a sore eye. Yet if they had the opportunity years ago not to let it get to that state.

"We are talking about the most important landmark in the South Pacific [and is] of huge historic significance; the only building of its kind standing from this time going back to 1902.

"It's also a Symbol of Samoa's Independence."

Last year, the S.T.M.A upped its campaign to try and save the building by gathering support from both overseas and local Samoans who were willing to donate to fund the building's renovation.

The S.T.M.A. also tried to secure meetings with Government officials and other organisations to submit their restoration plans with the aim of changing the Government's perspective on the building's value.

"We met with the board of S.I.F.A. during our work as Samoa Tofia to stop any plans for the removal of the Apia Courthouse," said Taloto.

"Today the Apia Courthouse still stands. Because it's complicated."

Taloto says that once the Government has committed to the demolition plan it will have to face repercussions from local residents.

"Even though the Government has been adamant since March 2019 [that it will] demolish the Apia Courthouse, it will find that there are issues that will create greater tension between the Apia Village who own the land," he told Samoa Observer.

"In our meetings with local Apia leaders and other Government officials. We were informed that once the Apia Courthouse is removed. The land goes back to the Village of Apia.

"This was part of an agreement between Germany and Apia Village during the German rule of Samoa."

Taloto reiterated that the old Apia Courthouse should have originally been incorporated into the Government's project for rejuvenating the Apia Waterfront, to serve as a monument for future generations - and as a tourist attraction.

The S.I.F.A. did not respond to questions from the Samoa Observer as of press time.