Male-dominated courses such as engineering and carpentry are also on offer to female students at the Don Bosco Technical College in Alafua but so far only one has taken up the offer.

That is the challenge from the College’s Principal Mane Su’a ,when he revealed that the previously male-students only technical education institution has registered its first ever female student.

“There is only one girl who has been registered in our school as of now, but the maximum number that I am hoping for is 10 female students,” he said.

“The main courses for girls will be cooking and sewing, however, we do not stop them if they want to try out the engineering, carpentry and other courses offered here."

Male students can also take courses such as sewing and cooking, according to Mr Su’a.

He said the measles epidemic last year had an impact on the college’s enrollment numbers as well as finances in the new year.

“The measles (epidemic) which led to schools shutting down last year has also cost us so much because some students had outstanding school fees,” he added. “And then the Ministry of Education, Sports and Culture (M.E.S.C.) decided to let the Year 12 students straight to Year 13, which somehow caused our student enrollment numbers to drop.”

Only students aged 16 and above can apply for courses at the college, which mainly caters for those who do not want to continue to Year 13, and are keen on taking up T.V.E.T. (technical and vocational education and training) courses such as plumbing, welding, carpentry and engineering.

Mr Su’a said the college is open to anyone who wants to upskill themselves to reach their full potential.

“Don Bosco is all about helping the students achieve their goals and making sure that they are receiving the assistance that they need,” he said.

Each course runs for three years according to the College’s Principal, who added that the length of each course was previously four years.

“I think four years is too many years for the students, three years is enough for them to learn and to specialize in the fields that they have chosen to be in,” he added.

A student’s first year will see them covering each section of the course and what they can specialise in, and in the second and third year they will train to become a specialist.

The college will have its graduation for its 2019 final year students on January 31, which will also mark the official opening of the 2020 academic year. 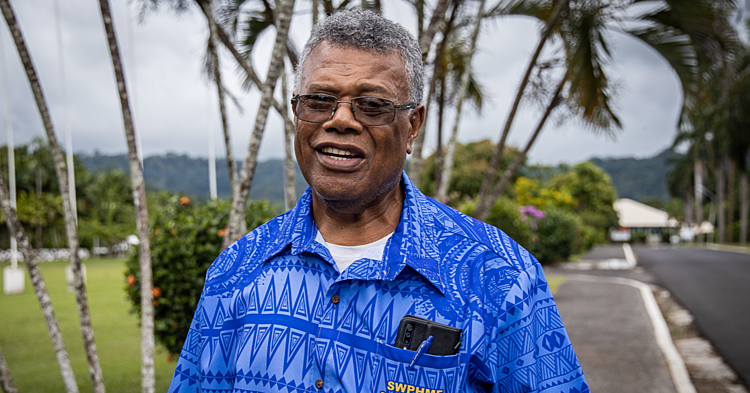