Mother regrets not getting her baby vaccinated

A mother who lost her 14-month-old baby to measles regrets not getting him vaccinated and is appealing to parents to ensure their children are immunised.

Baby Michael Alaelua Toluono lost his battle with measles on November 28 and died at home in Vaitele-uta.

Leleiga Eneliko, 21, told the Samoa Observer that she and her husband Alaelua Toluono decided not to get their son inoculated after two babies died in July last year following their vaccination.

She said their son’s death is an example of the price that parents and families will pay if they do not get their children vaccinated.

"We are really full of regrets after realising that our son died from this contagious disease because he didn't have his vaccinations and we're really trying to come to terms with it," she said.

"It has cost us our son's life and it is unfair. I guess if it weren't for our doubts of the impact of vaccination we would have been with our son right now."

Their non-immunised son was taken to the hospital on November 25 and was diagnosed with measles. He was immediately prescribed medication but could not be vaccinated, due to his deteriorating condition and died three days later.

His mother said: "It was only for three days that he was affected and took his last breath.”

The baby boy was the youngest of the couple’s two children with his older 3-year-old sibling currently admitted in hospital, also for measles infection.

Looking back at her son’s brief life before his passing, Ms. Eneliko said he was not hard to raise and wasn't demanding.

"He was never such a cry baby at things and he reminds me of the baby our parents wanted us to be when we were kids," she said.

"I am going through the pain of losing my poor child from the doubts I had against the vaccinations so if you want to save your child, take my advice."

The family has decided to bury baby Michael this Saturday.

Two nurses at the district hospital in Savai’i were jailed for five years for their roles in negligently preparing and administering a “deadly mixture” of a Measles Mumps and Rubella (M.M.R.) vaccine and expired anaesthetic, which was found to be the cause of death of the two infants. 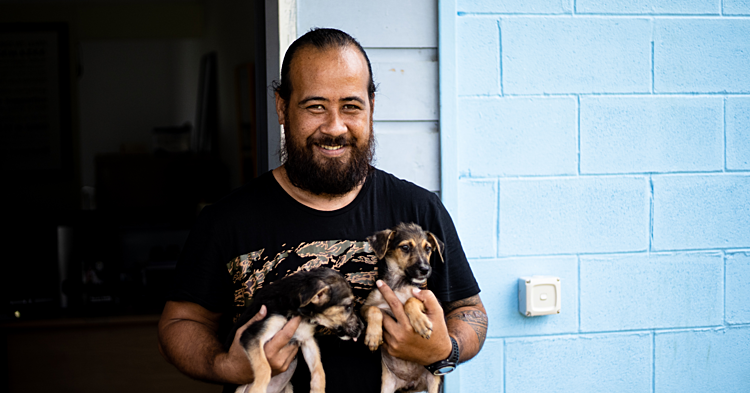 Samoa's only vet appeals to next generation

The country’s sole veterinarian Dr Harriet Thornton has appealed to young Samoans to consider taking up veterinary science as a profession.