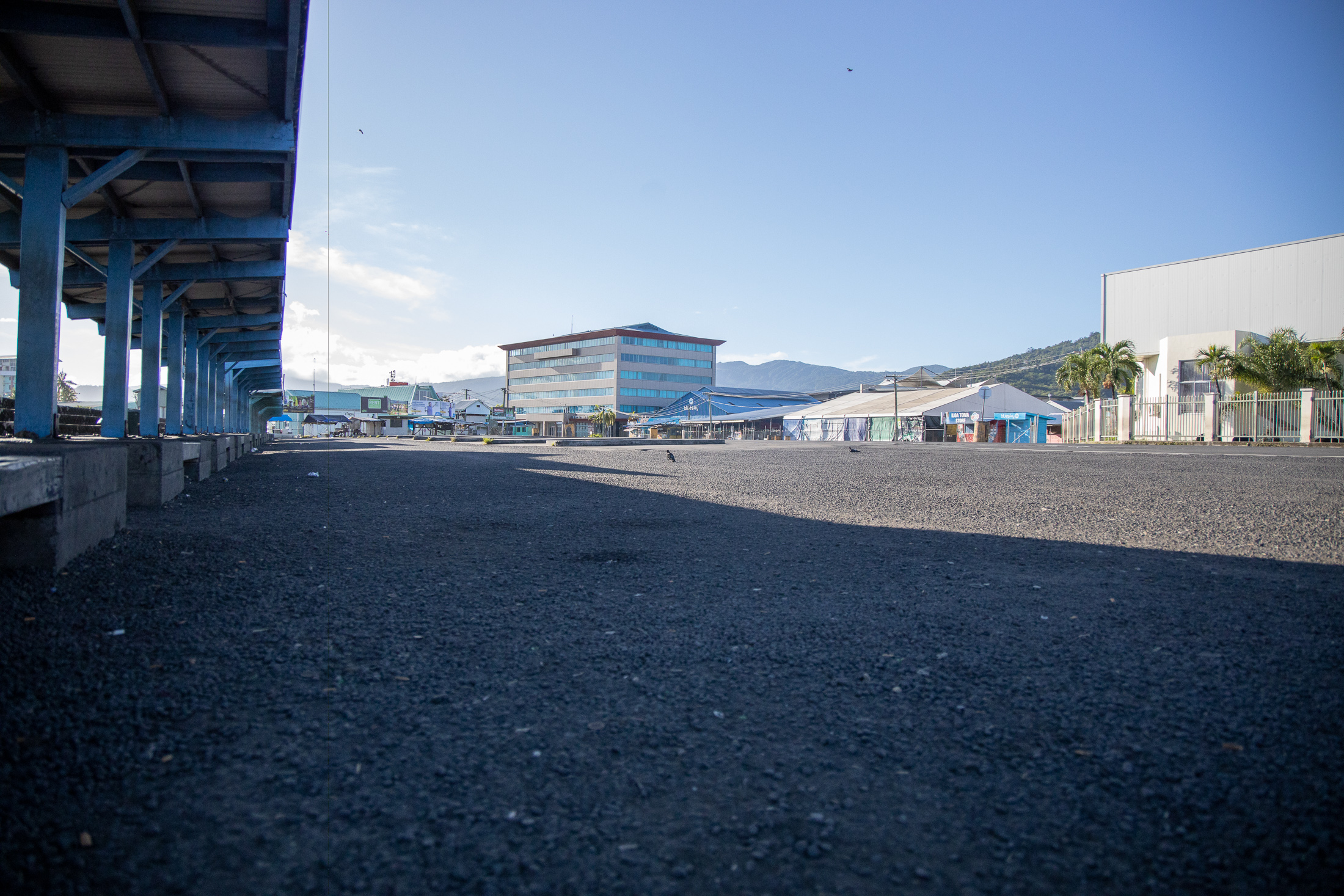 For the first time in Samoa’s history, the centre of Apia drew to a standstill and became a ghost town on Thursday.

Devoid of pedestrians, cars, workers and many of its less obvious accouterments for the first day of the Government-imposed shutdown of roads and businesses for its mass vaccination programme, a completely unobstructed view could be seen from one end of Beach Road to the other.

Commercial activity in the usually bustling high street was restricted to birds nesting on the rooftops of empty shops and stray dogs roaming the streets.

Police were enforcing a ban on cars using the country’s roads on Thursday morning; a number of motorists were stopped. (Only a select number of exempt vehicles and people heading towards treatment are allowed on the roads during the Government’s state of emergency measures.) 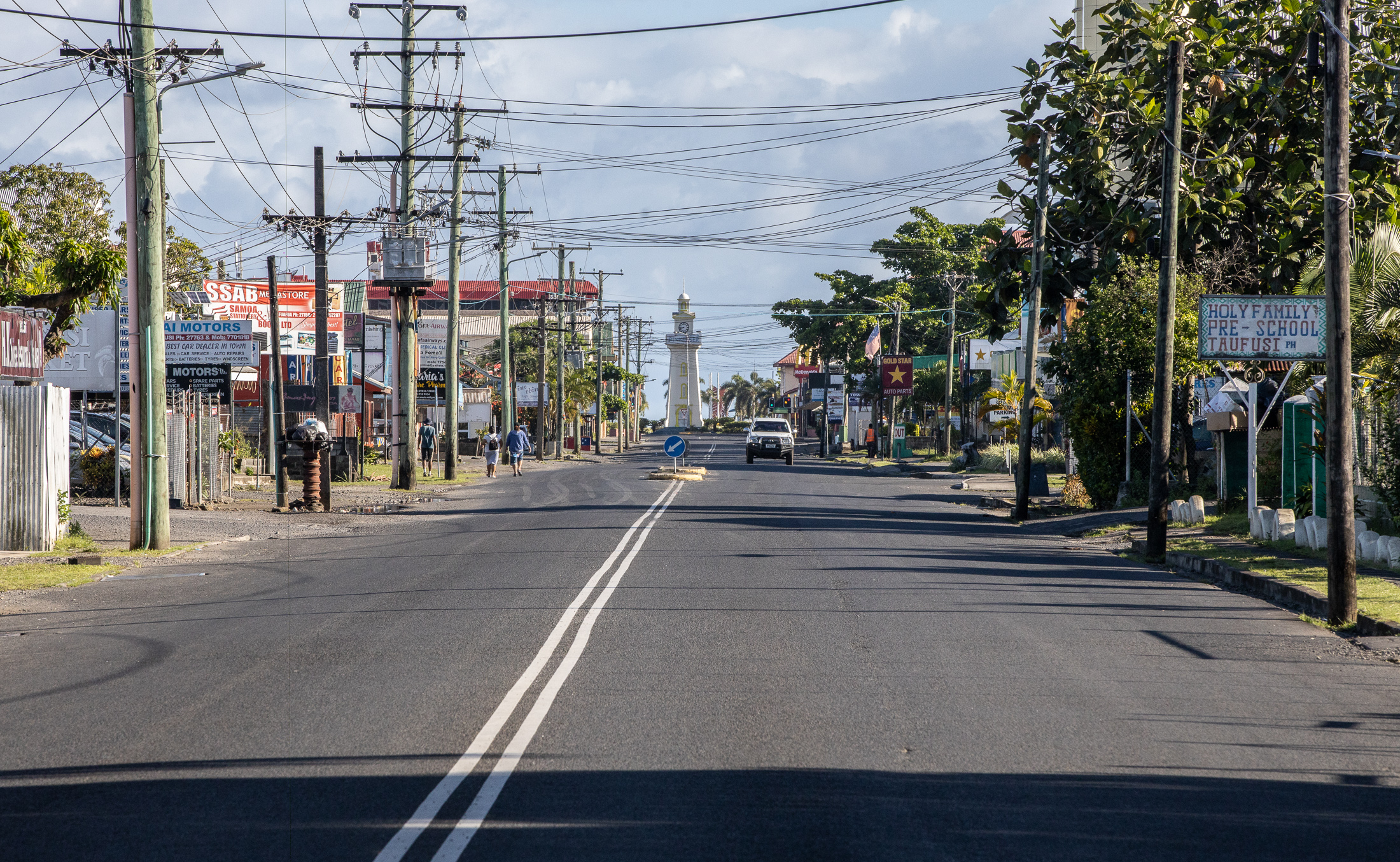 The town clock was unusually visible and not blocked by a usual line of cars and busy townspeople.

The only visible traffic came from Police and emergency service vehicles and mobile vaccination units.

A few exempt services such as the Samoa Water Authority and the Electric Power Corporation are also around the town area. They could be seen on Thursday morning, stopping to check water and power lines proof that they are still maintaining the town's utilities in the absence of people.

Some locals also wandered the streets but were keenly aware of the changed atmosphere, which unsettled many.

Tourists are still opting to go on their morning walks despite the ban on automobiles taking in the curious sights. Or lack thereof.

The flea markets, usually full of people, were deserted. 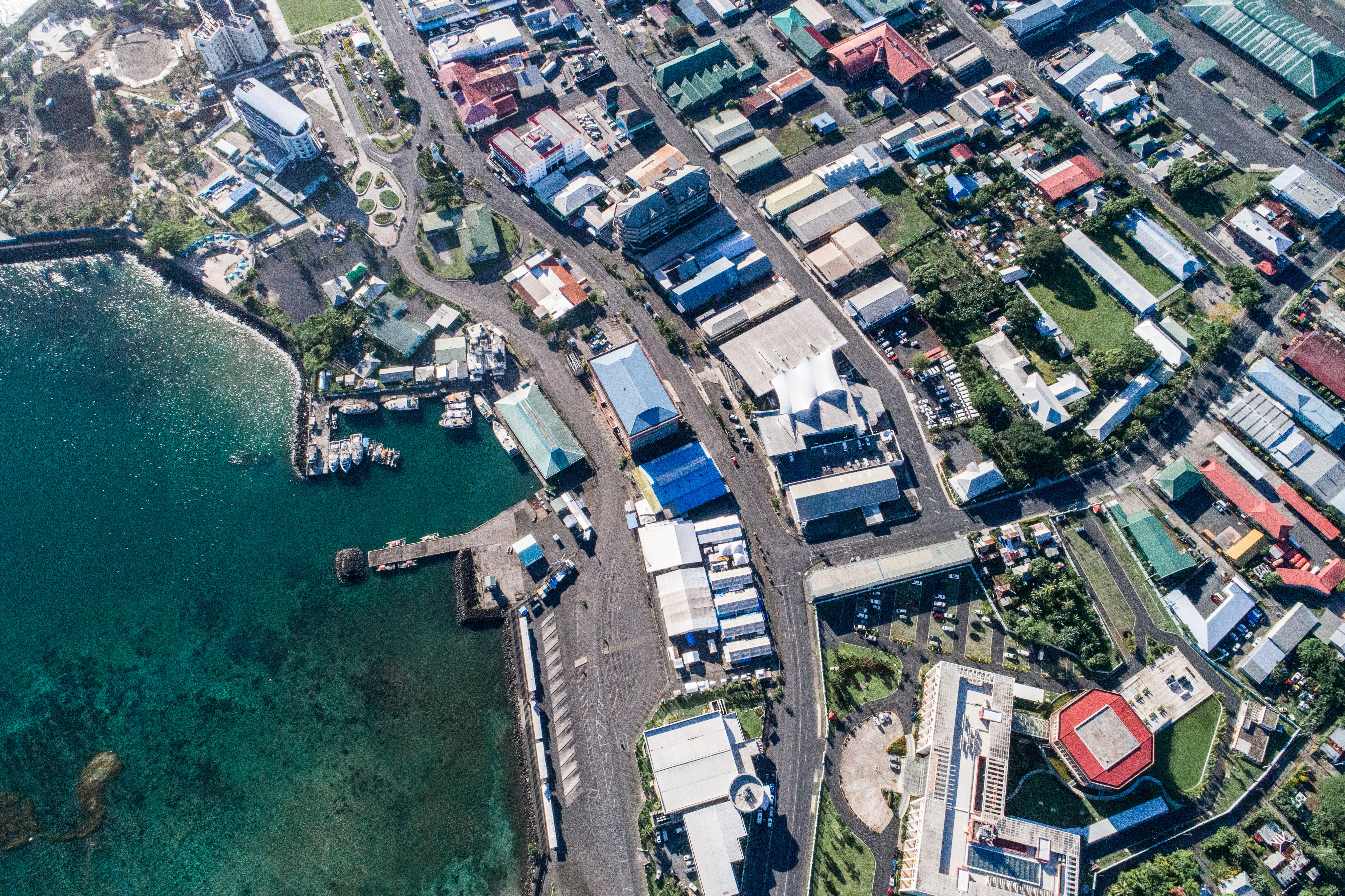 Fruit stalls lay abandoned, as the usual hum of street talking locals, and fascinated tourists, was notably absent as the colours of fresh produce at local markets were conspicuously absent.

So too were the smells of bakeries that typically greeted people walking into town. No vendors offering breakfast to the workers of the National Emergency Operation Center who have set up in front of the Government Building.

From 5pm onwards, when the restrictions are lifted temporarily, signs of life could yet return - until tomorrow, at least.