Pacific Island leaders speaking at the region’s economic and trade forum with China this week appeared keen to ensure listeners understood their autonomy.

At the 3rd China-Pacific Island Countries Economic Development and Cooperation Forum, the 10 Pacific member states, including Samoa, gave addresses which among platitudes for China’s contributions to their development, included reminders that their relationships are based on strategic, mutually beneficial partnerships.

As the region garners more and more attention – The U.S State Department recently announced a Pacific Pledge – its leaders have had to defend their autonomy against observers who suggest China may be taking them for a ride.

“Individual states of the Pacific are leveraging this increased interest to help pursue their national development aspirations,” she said.

“We are not ignorant to the heightened evolution of partnership relationships in the Pacific region and the advantages and disadvantages these offer.

“As we work together to forge stronger relationships, we must ensure that these partnerships effectively deliver for our people in a fair and efficient manner that is built on mutual trust and respect.”

An often heard concern against China’s engagement in the Pacific is the claim it is luring nations into debt in order to win assets, and in some cases, allies.

But on Monday, the same day as the Forum, Australia’s Lowy Institute published a report stating they had found no evidence China has been acting on ‘debt trap diplomacy,’ even though its debt levels to countries like Tonga, Samoa and Vanuatu are close to unsustainable.

“The evidence to date suggests China has not been engaged in deliberate ‘debt trap’ diplomacy in the Pacific,” the report states.

“Nonetheless, the sheer scale of China’s lending and its lack of strong institutional mechanisms to protect the debt sustainability of borrowing countries poses clear risks.

“If China wants to remain a major player in the Pacific, without fulfilling the ‘debt trap’ accusations made by its critics, it will need to substantially restructure its approach.”

Pacific Island leaders have, in recent times, spoken out to say they are not naïve on China. That trend continued at the Forum, where Papua New Guinea’s Deputy Prime Minister Davis Steven told the room his people would continue to come first.

“The relationship with China provides an important opportunity but we want to say that we will not sacrifice our values, our commitment to the interests of our people.

He said the strategic partnership with China must be based on mutual respect.

“We must commit to these values. These are very positive assurances for us in this region.” 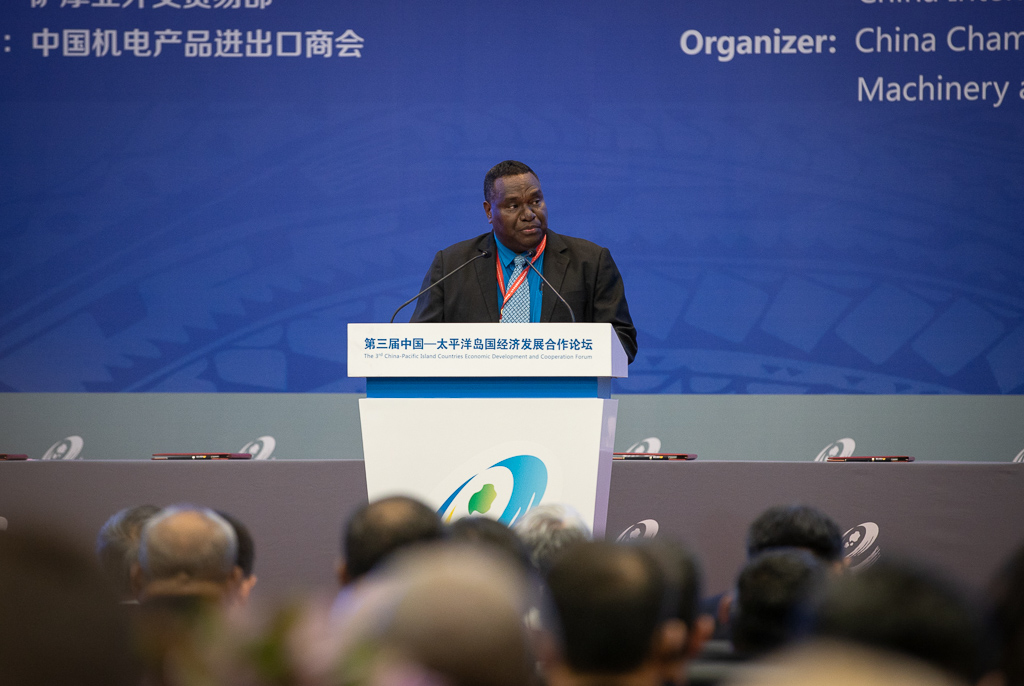 Other leaders like Prime Minister Tuilaepa Dr. Sailele Malielegaoi were more careful with their words, but were still sure to highlight how “mutually beneficial” China and Pacific relations have been.

“The more than four decades of close relations and cooperation between Samoa and China have been mutually beneficial and continue to grow in strength premised on trust, equality, and Samoa’s firm adherence to the One China Policy,” Tuilaepa said.

Like others in the Forum, Niue’s Minister of Infrastructure Pokota Ikiua Lalotoa Sipeli, reaffirmed his country’s commitment to the One China Policy, the principle on which a relationship with China hangs.

But in doing so, he also highlighted that Niue does not buy into the theory that China has ulterior motives with its aid or concessional lending.

“We share the same fundamental principle of treating others equally, and that the assistance provided to Niue is out of sincerity,” Mr. Sipeli said.

Pacific analyst and consultant Dr. Tess Newton Cain said Pacific Island leaders have enforced to her that their nations won’t be talked down to over their engagements with China or any other country.

“I was in Vanuatu last week and I had it reinforced to me there that definitely Pacific Island leaders want to be very clear that they are the ones who will make the decisions about the future of their countries, and they don’t appreciate being talked down to or condescended to,” she said.

“It doesn’t surprise me that Pacific Island leaders are using this opportunity to state that they know this is a strategically challenging environment and time, and they have a role to play in it, and they want to make sure they keep that role to themselves, they don’t subcontract that role to anyone else.”

But she said clarity over the terminology these leaders are using is important, lest they be left up to incorrect interpretations.

“It would be good to ask the people using that terminology exactly what they envisage with that use of ‘strategic relationship.’

“Without any explanations or detail it would be very easy for people to think they were talking about security. Are we expecting more visits from the Chinese Navy, is that what is envisaged or something else?

“The use of that language creates a question that asks what exactly does that mean, what does it look like? We need more information about that, I think.” 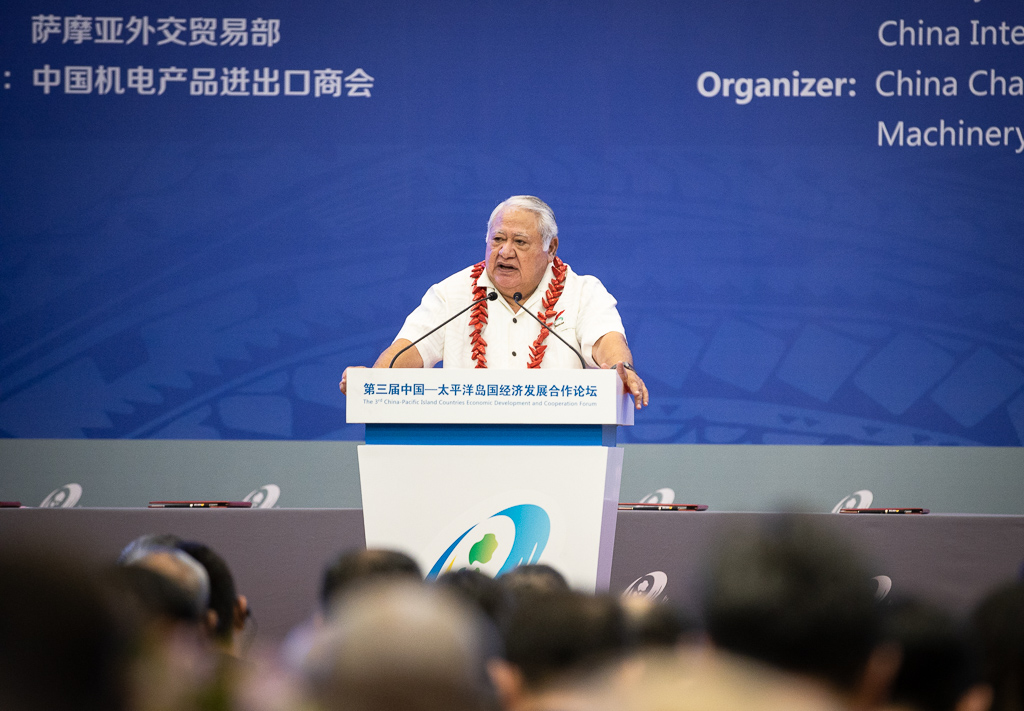 Families, friends and associates of prominent businessman, Gerwin Keil, are mourning the passing away of a loving father, husband and grandfather. The Owner of H.J. Keil at Taufusi passed away at his home at Moto'otua on Wednesday.

The nation’s newly appointed Attorney General, Savalenoa Mareva Betham Annandale, has denied criticism that Government plans to overhaul the judicial system have been rushed through Parliament.

“While it’s challenging the mission is not impossible.