Women in attendance at Caroline's Morning Tea at the Ryan's residence. (Photo: Supplied)

A morning tea fundraiser has raised $2,000 for the Samoa Cancer Society.

Lalovaea resident, Caroline Ryan – who is also a member of the Tiapapata Adventist Church – hosted the fundraising event at her residence on Monday, which targeted women and mothers whose children were in school.

She told the Samoa Observer in an interview that she wanted to make the best use of PinkTober and the breast cancer awareness that was on offer.

“We just wanted to really take advantage of what we’re already doing and then invite other moms along too,” she said. 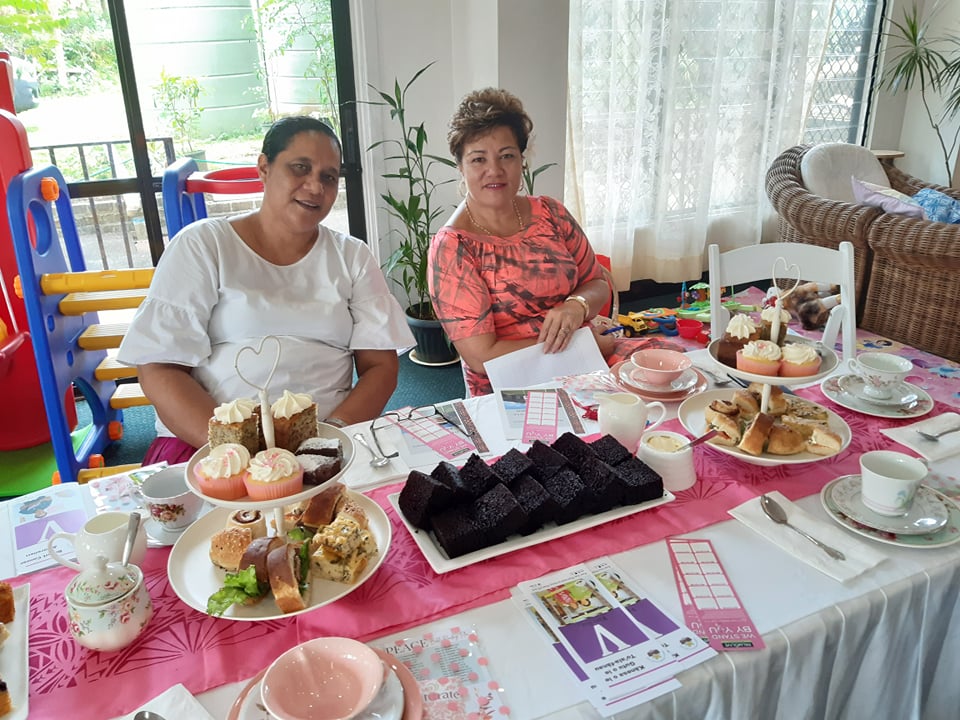 “We’ve wanted to do an extra morning tea and invite our friends as we sometimes miss the opportunity to actually hear this kind of message.”

According to Mrs. Ryan, the awareness enabled women to learn more about the services that the society offers and the support that it needs.

“Also that cancer isn’t going away here in Samoa, it is growing. The raising of awareness is not just for our health but how we can help them as well,” she added. 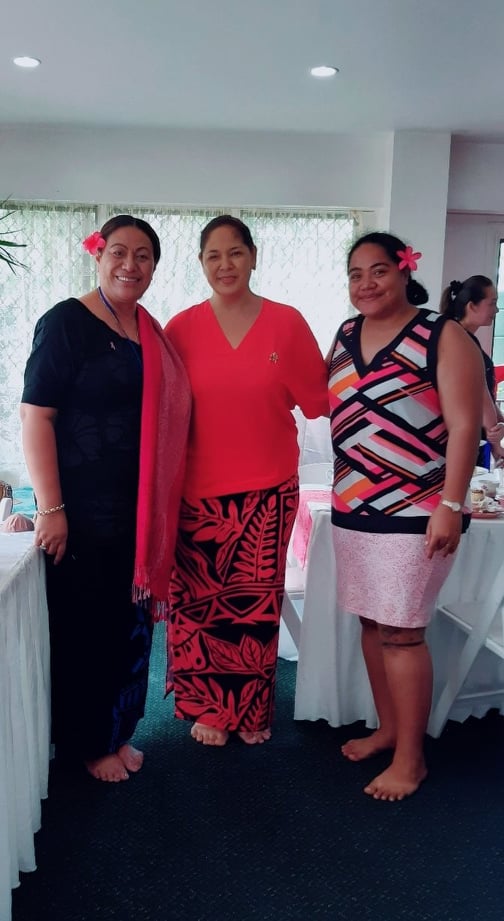 Cancer survivor and farmer, Tevaui Letiu Lee Palupe of Aleipata, said they have heard of the work of the society over the years.

“In this day and age globally, there seems to be a revolution on human rights and I think our health is women’s rights,” she said.

Having lived in the village and being familiar with both village and urban issues, she said she has come across people whose voices should be heard.

“Maybe a new way of getting the attention of our Government and our funding agencies is that the women’s voices need to be heard,” she said. 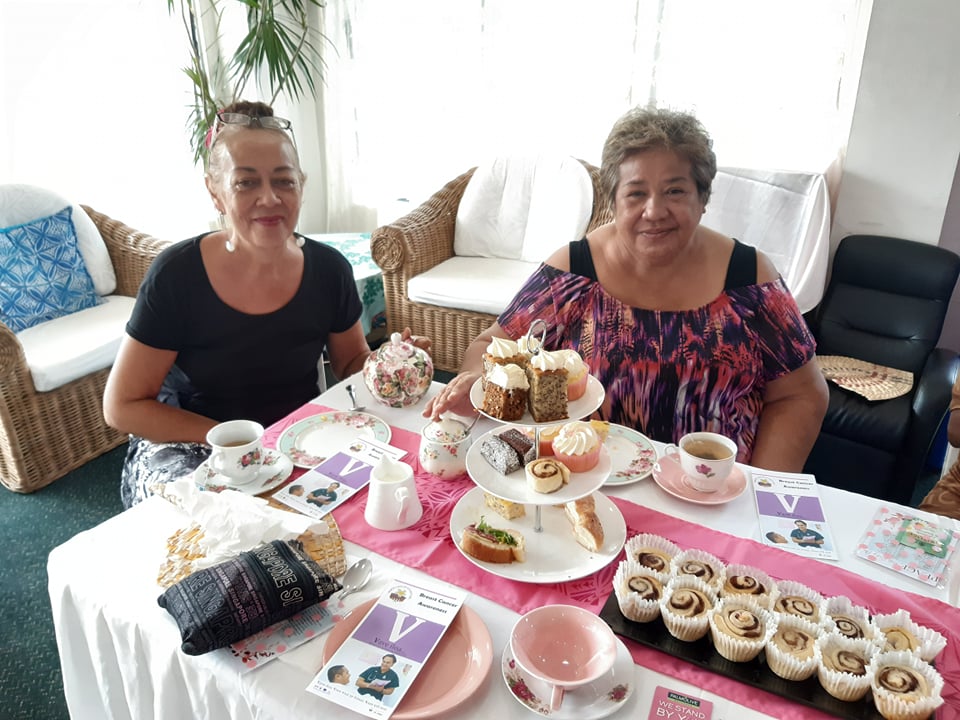 As a way forward to address their concerns, Tevaui suggested a petition is drawn up to contain the ideas of people who have been marginalised and are victims of cancer.

“Cancer is not the only issue, all health preventative issues are important on wellness like sex education, domestic violence, cancer and other illnesses that affect women,” she added.

“Probably in the cancer society’s long term plan, they’ve got all these written down but many of us women this morning feel the urgency that time waits for no man.”

Samoa’s education system should include awareness on the dangers of cancer, she added, especially targeting communities in rural areas. 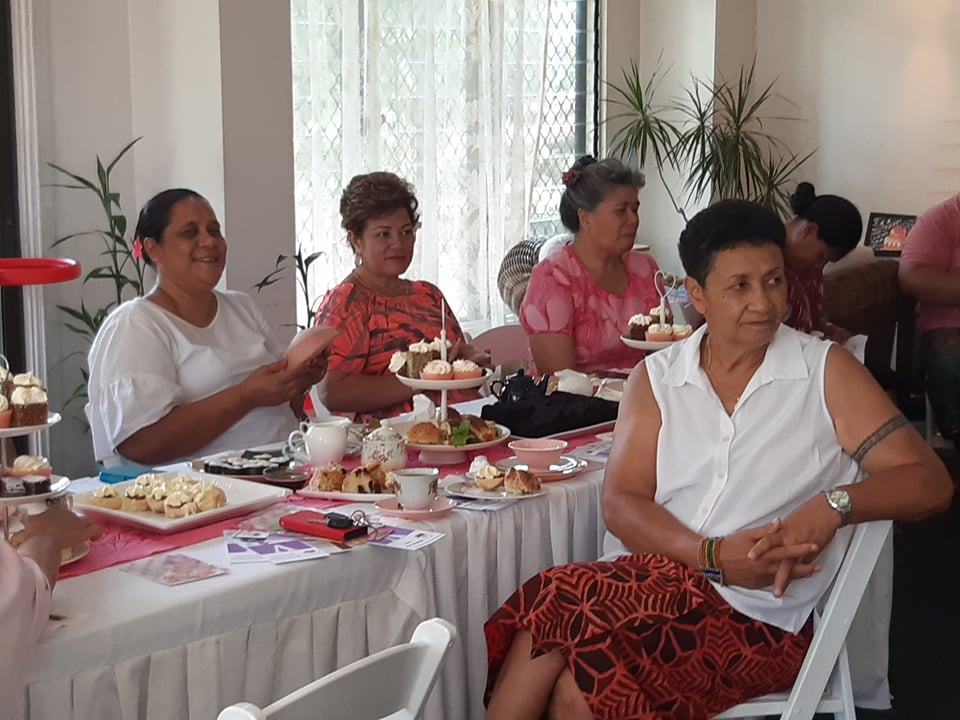 “Sometimes brochures and pamphlets are not the best way for rural women as they are not educated enough to read all these,” she said.

Other suggestions made were partnerships with Government ministries such as the Ministry of Women’s Affairs (M.O.W.A.), Ministry of Health (M.O.H.), and the Ministry of Education who will collaborate with the society.

The society’s Marketing Manager, Verona Parker, said the society turned 21 this month and is still growing.

“Because of the little resources that we have, we can only focus on the patients that are registered with us,” she said.

Mrs. Parker added that they have done work with the M.O.H. and always look out for funding opportunities offered by the U.S. Embassy and the Canadian High Commission.