Where the crime was committed on Saturday night at Vaitele. (Photo: Aufa'i Areta Areta. )

Four suspects have been arrested and one is facing a charge of murder in connection to a suspected targeted violent armed robbery in Vaitele last weekend that left a Chinese national dead.

The men are in their 20s. Police expect more arrests in the coming days.

“We now have in custody four young men in their 20’s and we anticipate more arrests in this matter," said Police Commissioner, Fuiavaili’ili Egon Keil in an interview with the Samoa Observer.

"One has been charged with murder and the rest [are] facing lesser charges".

The assailants were armed with a machete and knife when they entered the Vaitele compound and attempted to seize a quantity of money believed to be held on premises, said the Police Commissioner.

A victim of the attack, Lin Jia, said five masked men were involved in the attack; three armed with weapons and two standing watch. The deceased, Cao Yaqing, had lived in Samoa for ten years.

The Commissioner also warned the business community criminals are targeting people with money.

“If you are a business owner, you have to bank your money. If there is a stash of money, it attracts unwanted action and the safest way if you don’t bank is to have a strong safe,” said the Commissioner.

He said there is also an apparent trend to target Chinese nationals for robbery.

“To avoid this and reduce the chances of being attacked, please bank your money,” the Commissioner appeal;ed.

He acknowledged the quick response of the Police Officers on Saturday night.

“As soon as it was reported to us, [at the] Faleata [Police Outpost] and the Criminal Investigation Division responded and they worked around the clock until the suspects were apprehended and taken to jail," he said.

“A lot of the Police Officers refused to go home, until the suspects were caught. We acted on fresh evidence and conducted further investigation that led us directly to their homes.”

The Commissioner declined to identify the village(s) where the men are from, but acknowledged the assistance of the Village Mayor, and the families of the suspects. 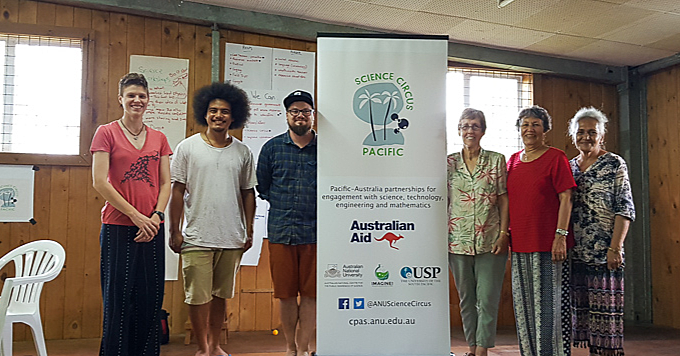