The arrival of a shipping container of donations is the first step in a new flourishing partnership between Paul VI College in Leulumoega and a group of De La Salle Colleges from New Zealand.

The Kiwi college's principal, Deamot English, said the recent trip was about bolstering the special connection between De La Salle and St. Paul VI, borne in part out of the New Zealand school's strong population of students with Samoan heritage.

The connection began last December with a Memorandum of Understanding between the Australia and New Zealand Chapter of the De La Salle Brothers, and at the invitation of Archbishop Alapati Lui Mataeliga from the Samoan Catholic Church in New Zealand.

“Really that connection is about a couple of things. It’s about the De La Salle way of education and spirituality. It’s also about De La Salle supporting Paul VI when they can and that’s why we’ve got some of these resources sent over,” Mr. English said.

“We’ve had a few days here and our boys have been working [on] activities with the students here,” Mr. English said.

The visiting Principal said he had been impressed to see the school's excellent academic results and the high proportion of students going on to tertiary study.

“What we’re finding is that they’re doing a great job and we’re just trying to bring some stuff to help them keep doing that,” he said.

“I think one of the reasons that our college is very involved is that we have 550 Samoan students at our school. And so we’re probably the most Samoan Boys School in the world,” he said.

"The Lasallian thing is very much about teaching. John Baptist De La Salle was the patron saint of teachers so that’s the real focus of this spirituality, it’s how to be a great teacher," Mr English said. 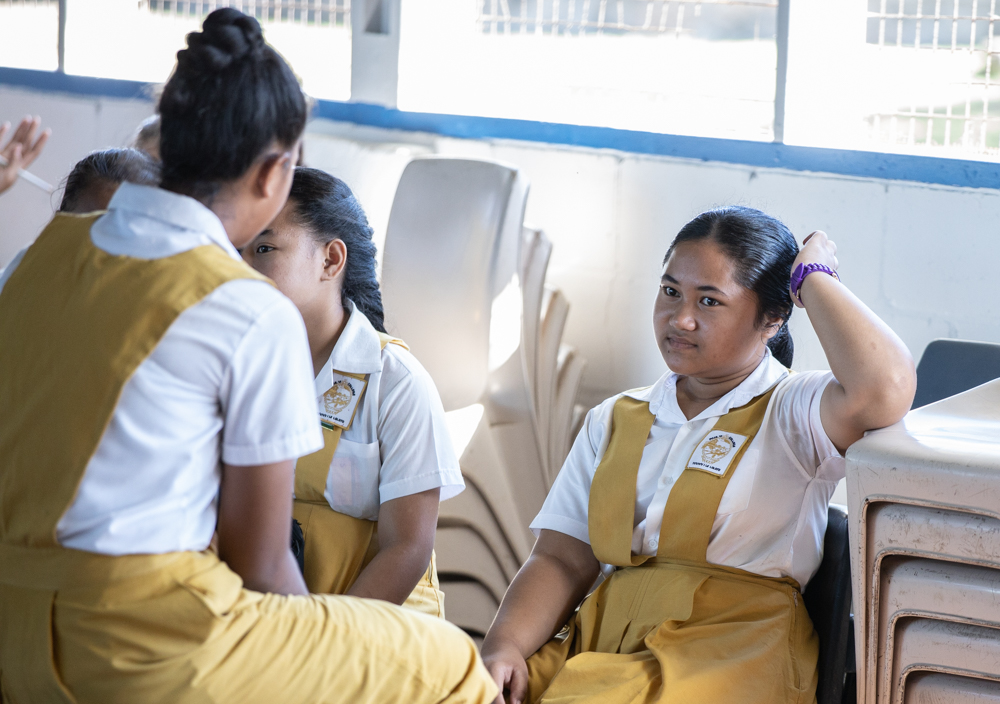 “So it’s really strengthening the values and beliefs in our culture, their identity as Samoans,” she says.

"All these young men who are coming in the group they are all Samoan [but] New Zealand born.

"This is their first trip to this school and they were focusing on how they could support this school at this time.

“In the future, there will be more and more trips hopefully to strengthening this partnership".

This is the fourth time they’ve provided donations but Sister Tialavea said it is the first time donations have been directed to a particular school, rather than a village who had previously hosted them.

“The De La Salle spirit: it’s really this spirit of sharing and service. It’s one of the vital parts of our education in the world as a Lasallian,” she said.

Sister Tina Kalepo, the Principal of Paul VI said the collaboration would not have been possible if it weren’t for a report that she presented at a conference that Sister Tina attended in Melbourne about April this year.

There she was able to convey an urgent request for resources  for the classroom and the sporting field.

“The rest of the other stuff that were donated by the De La Salle College were among the list of stuff that were included in my list of [requests] for some stuff needed,” she says.

“I thank God for these good Samaritans spirited people to help us out and our job is to use these resources with grateful hearts and a great responsibility of stewards."